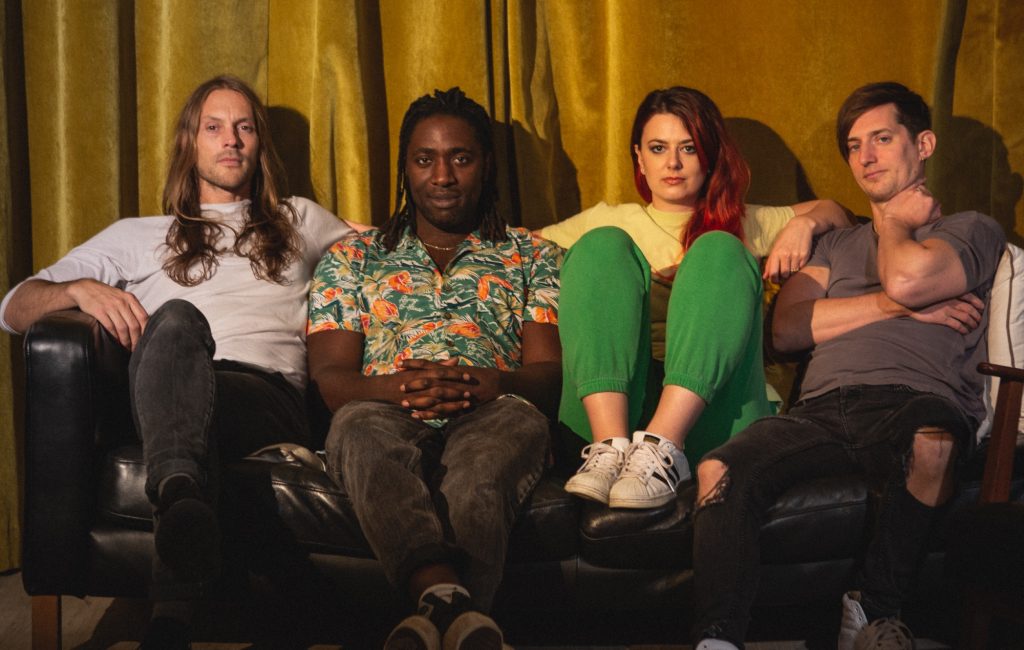 With a career spanning over twenty years – but only six albums released including this newest entry, Alpha Games. Having been tagged with more genres than most, Bloc Party have managed to defy convention, and create their own unique sound since their inception in 1999 – have they still got a tight grip on their own reins?

Having formed themselves after chance meetings and festival meet-ups, and created their name from Western ‘parties’ and Eastern ‘blocs’ back in the late 90’s in London, Bloc Party have managed to forge their way past their arguably ‘indie rock’ roots, and carve out their own niche in the realms of rock. With a steady evolution since their origins, what will this latest album bring?

Immediately seeming to eschew the electronic sounds that helped form the last release, ‘Hymns’, we’re planted firmly into first track ‘Day Drinker’. With a sparkly guitar that is indeed reminiscent of their early works and of course, the unmistakable vocals of Kele Okereke, as distinctive now as they were when Helicopter, perhaps their most famous tracks, broke the airwaves all those years ago.

Any reader with a familiarity with my opinions will be well-versed with my opinions on indie, but if you want the abridged version, go see Beardyman’s video (YouTube) on the genre, it’ll sum it up nicely. However, for all the aspects of undeniable indie that are present with Bloc Party, I cannot help but be grasped by their sound and messages, ranging from self-discovery to damaging relationships and desire for fame.

Every track across the album is catchy, effervescent and shows the band have continued to grow and change, from ‘You Should Know The Truth’ and its pacing, almost dancey rhythm through this reviewer’s personal favourite ‘Callum is a Snake’. Oddly personal (poor Callum), the track lurches from the usual sparkling indie guitar and a sludgy electronic reprise whenever Callum comes up, often enough in the two minute(ish) runtime.

The one thing that’s tricky to pin down on the album however, is a sense of memorability. It’s made harder by the consistency of the album. Every track is a genuinely solid, placed well, mastered well, and no missteps, at equal times personal, idiosyncratic of London living, nights out and closer relationship.

However, you may find yourself having to revisit the track listing and listening to a few bars whenever you’re trying to recommend the album to others, as I’m trying to do now.

It is at points frustrating, the album is very good. No matter which facet you view it through I would argue there isn’t an actively bad point in it. There’s enough variety from electronic, to indie to even a track, ‘Of Things Yet To Come’, with an oddly similar melody found in Sea Power’s work.

All this points to what is a nearly perfect album, all somehow let down from the lack of a track that sticks in your mind with enough permanence. It could be the volume of tracks. Twelve crammed into a runtime of less than 40 minutes in total is a big ask, with an almost punk chaos to the construction of the album, it can be hard to reach out and grab a track for long enough to keep it committed, despite how enjoyable the album is at large. Sadly, this keeps this fantastic album from being one for the ages.