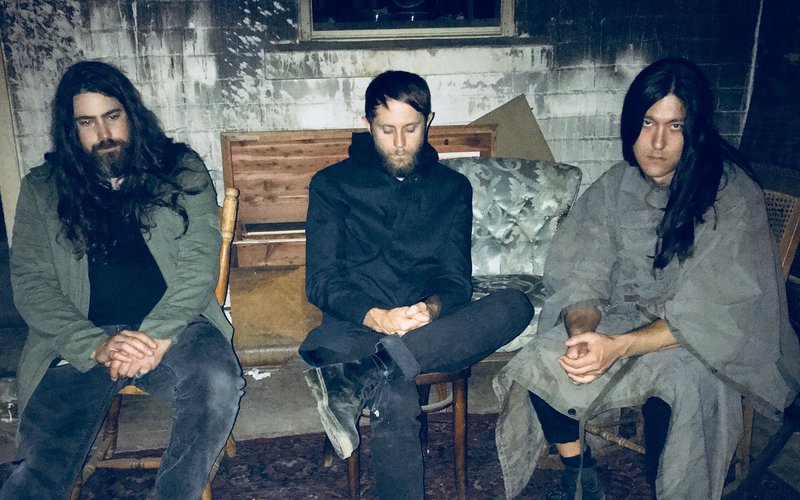 LA-based noise rockers HEALTH are back with their fourth studio album, VOL. 4 :: SLAVES OF FEAR.

EVERYTHING BELONGS IN CAPITALS, THIS IS THE DECREE OF HEALTH. Well, at least it is for the titles of the tracks… and the band name. According to the band, they all agreed their name should be a commonly used, ordinary word – after checking a long list, HEALTH was the only available band name. However, their sound is far from the mediocrity of their name. Not being the most prolific of bands, this release is the latest since forming in 2005. Having risen to fame with their original track being used as a ‘remixed’ element in Crystal Castles’ “Crimewave”, and later created the soundtrack to the video game Max Payne 3.

Considering the sheer scale of the sound that erupts; thumping and roiling from opening track “PSYCHONAUT”, you’d be forgiven for thinking that HEALTH was the work of a massive group. However, it’s not a robotic version of STOMP! Nor is it the opposite, one lone wolf like, say, Savant or Skrillex forcing a computer to recreate these sounds. It is but three LA locals, and a lot of clever engineering.

Loaded with poetic reverb and delay for vocals, “PSYCHONAUT” retains screeching guitars and a dominating drums that builds gradually as it leads seamlessly into “FEEL NOTHING”. Now considering that I’d recently listening to Amo, the new release from Bring Me The Horizon (feel free to check out that review too if you’re inclined). I almost had a full double take due to the similarity on the vocals between the two bands. Sonically however, there couldn’t be more difference. Where Bring Me The Horizon have their raw angsty presence, and have tempered it over the years, retaining just a touch of their anger; HEALTH are deceptive. Dubbed as noise rock, you’d be forgiven for thinking it’s just a cacophony of instruments and sound thrown at each other. However, to make ‘noise; sound this good, you’ve got to know what you’re doing.

As “BLACK STATIC” gets into gear, the control that this slightly insane trio have over their sound is apparent. Just from the perspective of this reviewer, I’ve not heard drum skills this evident since last sitting down to a Meshuggah album – frankly just listening makes my arms feel like tired. The vocals are quite frankly haunting. Poetic, yet monotone amidst their own reverb effects and the sheer force of the synth, guitar and overwhelming drums.

“LOSS DELUXE” sits near the epicentre of the album, and at this point, my bank card is out and paying out for tickets to the band’s upcoming London gig amidst their European tour. I don’t say this in jest, but I’m so impressed with the work so far that I have to see how this sounds live. The most impressive thing with HEALTH however, is not their instrument mastery, or the production of their sound; it’s how well they know themselves as a band. There’s a massive sense of identity with this trio – each track is unmistakably them. 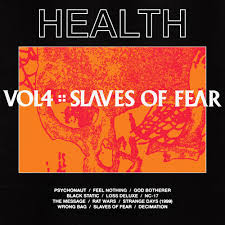 Drawing on a more industrial vibe, “THE MESSAGE” sounds like work even Trent Reznor of Nine Inch Nails would be extremely proud of. With massive clanging drum work, guitars that sound like only an echo of their natural sound and vocals that have been discretely auto-tuned – this is what most industrial tracks wish they sounded like. “WRONG BAG” is another track in this vein – with a sound that Marilyn Manson in his Golden Age of Grotesque days would’ve given his eye teeth for. “STRANGE DAYS (1999)” towards the tail end of this noisy juggernaut of an album is a contender for the best track on the album – a feat indeed on a work of this quality. With a distinct and almost catchy guitar riff, this track is ominous, pacy and gigantic. With the right set of headphones or speakers, it sounds absolutely phenomenal.

Even if the sound of ‘noise rock’ doesn’t appeal to you, if the thought of chaotic guitars, thundering drums and general madness doesn’t appeal; I’d urge you to listen to this album. It’s masterfully produced, powerful stuff. It will never see the likes of Radio 1 or a pop chart, but it’s far from ‘noise’ – it’s definitely shaping up to be one of my top albums for the year.

If you do decide you love it as much as this reviewer – then I’ll see you in the pit when they tour this year.