, kings of the “we’ll do it our way” album release technique, dropped their new album on Sunday the 8th of May after a week that saw them make tracks one and two available with great videos. At first glance, I was a little uncertain of the album’s running order, as the songs were listed in alphabetical order, but it seems this is quite possibly some matter of fact statement from the band. A long time visual collaborator of the band, Stanley Donwood, has already described the album as “a work of art” before it was even finished, and producer Nigel Godrich has already stated the making of the album was a “very intense experience” for him personally. But who cares about the hype, what about the music?

Burn The Witch debuted a week ago with a wonderful Trumpton/Camberwick Green type video. Musically it’s very inviting, a strong riff underpinning a song of subtle paranoia that general consensus seems to pin as being a comment on hysteria about mass immigration that has grown since 9/11 (“this is a low flying panic attack”, “red crosses on wooden doors”, “we know where you live”). The song builds to a mildly frenzied string driven climax, then gives way to the much calmer sounds of Daydreaming. It’s soft, gentle and trance-like, though the (at times heavily treated) vocal could reference relationship woes or the plain numbness of day to day life. The song finishes with a repeated phrase “efil ym fo flah” (“half of my life”) which presses home the air of regret. This is a haunting piece with some strange noises and effects. I love it.

And then onto the stuff that we’ve not heard. Decks Dark is another soft song, but Thom Yorke’s vocals are truly alive on this album in a way that recent Radiohead albums have been crying out for. Spacecrafts, lies, and a darkness are referenced, and I almost hear this song as a eulogy to David Bowie, but that’s probably just me. Desert Island Disk slides in on a beat and a calming folk-like acoustic guitar refrain. The song seems to tell a tale of passing over to the afterlife, though the afterlife appears to be the aftermath of a relationship and that “different types of love / are possible”. Thom Yorke has recently experienced the end of a long relationship, and this seems to inform this song and maybe this is what gives the vocals an emotional connect that Radiohead songs have not always carried. Ful Stop builds over syncopated beats and synth swirls with a driving bass and weaves a story of two friends or partners who have let each other down. The song shifts moods musically whilst always carrying the propelling beat in the same direction. The album is emerging as immaculately crafted and perceived despite its stop-start gestation.

Glass Eyes is one of the albums more obviously relationship based songs. “Hey it’s me / I just got off the train […] And I’m wondering, should I turn around?”. Radiohead do often get accused of being “miserable” by non-fans, and it is kind of undeniable, especially at times like this. But there is a beauty in this music too. This song, as with most others here, has the Radiohead signatures of treated electronics, but there’s lush orchestration all over this album and some full on classic songwriting too. Even as Identikit rolls in, sounding a bit more like the ambling Radiohead of some of their mid-career to later albums, there is a feel of craft and attention to the song that I’ve sometimes felt lacking. There’s a choir too, and the song develops into a guitar pinned groove, and all of this still dressed up with effects and quirkiness. The Numbers opens with some ambient jazz noodling, some Mike Garson-esque keyboard and swiftly turns itself into a gently strummed ballad, and sounds like a love paean to Mother Earth, almost a hymn to the power of the planet blowing away the dodgy politics its inhabitants can display. In the middle, a treated vocal morph into a wonderful orchestration takes the song to another level. If you heard Spectre (the bands rejected Bond theme) and loved it, then you will love this album as the feel and craft of that song inhabit this album and take it further.

Present Tense is another song in the same vein. Fairly simple instrumentation is again led towards orchestration toward the song’s climax, Thom’s vocals are beautifully multi-tracked in the backing, the song has a ghostly feel and again a hearty lament, “In you I’m lost / I won’t turn around when the penny drops […] Or all this love / Will be in vain”. Tinker Tailor Soldier Sailor Rich Man Poor Man Beggar Man Thief has simple keys over basic percussion and expands into to a heavier groove with some haunting guitar and silky orchestration. It’s modern, but it’s classic too. As with much of this, lyrically it’s oblique. Radiohead have always been somewhat guarded, but again affairs of the heart and of the planet seem to be the focus. And then finally True Love Waits arrives, the album’s closer. A song now over twenty years old and first appearing on a Radiohead album back in 2001 on the band’s mini live release, it now features layers of treated keyboard, and pulls at religious beliefs against human nature, opening with the immense lyric ‘I’ll drown my beliefs / To have your babies / I’ll dress like your niece / And wash your swollen feet.’ What’s not to like?

If I was to be critical I would say this album is somewhat singular in pace and repeats the same ideas in arrangement and song planning over and over again. But that is just nonsense. This is a fine Radiohead album that bridges the gap between many of their previous releases, but has a level of relatable content and simple classic-sounding songs that few Radiohead releases since the turn of the century have had. I’d agree that it is a work of art. If Thom Yorke‘s voice pulled you into the band in the first place, you’ll love this. If you’ve felt the band have never reached the heights of their first three albums, you’ll love this (let’s not forget that In Rainbows was pretty spectacular too). This album is highly recommended and gives the band a triumphant validation that can hopefully propel them onto a new classic period, and hopefully a less than five year wait for the next one. 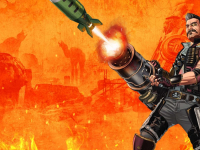 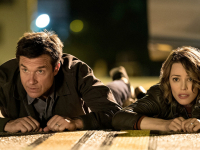 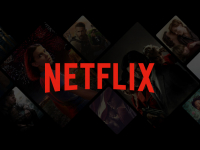