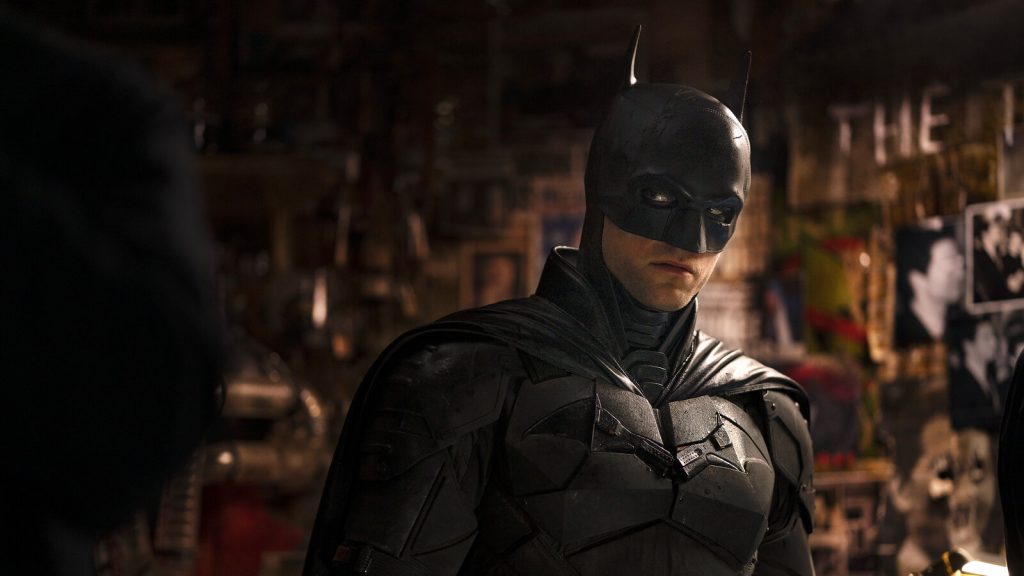 After several delays, Matt Reeves’ The Batman has finally arrived. But is this reboot another look at Batman’s origin story, or has something different finally been done?

When casting for The Batman was first announced, reaction to Robert Pattinson being named as the caped crusader was mixed. Almost in the same vein as when Heath Ledger was announced as The Joker for The Dark Knight. Thankfully, Pattinson has somewhat shaken the stigma surrounding him as a poster boy for teen vampire movies and has developed an excellent body of work including Good Time and The Lighthouse.

But, how is he as Batman? Pattinson’s turn is decent, incredibly understated and withdrawn, which suits the tone of the film. His brooding Bat manages to carry a presence on screen without taking up too much of the spotlight. It’s the supporting cast who really shine, with Paul Dano’s Riddler being genuinely disturbing and even quite creepy. He commands attention whenever his voice is heard and is the perfect foil to Pattinson’s Batman.

Zoe Kravitz’s Catwoman is as confident and intriguing as you could hope for Batman’s famed rival/love interest, stealing every scene she is in. The final major member of the cast is the unrecognisable Colin Farrell as The Penguin, who gives the character a more realistic, mobster persona, which again works well with the tone of the film.

Speaking of tone, for The Batman atmosphere is everything. Gotham itself is another supporting character and the tone is as dark and gritty as the trailers led fans to believe. For a ‘comic book’ film, Reeve’s take has a noirish, hard-boiled detective feel. Even the colour palette of the film itself is moody and focuses on darkness as a tool. It is almost set entirely at night and, whenever there are day sequences, there is a sense of ominous tension with an almost grey feel as if this is a city that never wakes up.

Its other elements such as set design, cinematography and direction that make this one of the most intriguing Batman films ever produced. More ‘experimental’ camera angles than an audience are accustomed to for a ‘comic book film’ are regularly used. Car chases are shot from wheel arches akin to Bullitt with Steve McQueen. As characters zoom through the air, cameras are mounted on their heads really capturing the stark contrast between the nail biting tension and explosive action changes this film goes through.

Long sequences focusing on darkness with a sense of foreboding regularly feature. Tension is felt almost entirely throughout the film’s near three hour runtime and this is backed perfectly by Michael Giacchino’s score, which regularly captures both the unease of the film’s plot and the bombastic themes that we have come to expect during the film’s more epic moments.

Plot is where The Batman has taken one of the bigger u-turns from its predecessors. Reeves takes a more cerebral approach, with focus on Batman’s investigative side as seen in the comics, thanks to the inclusion of The Riddler as its main villain, whose primary role is to challenge Batman on an intellectual level. However, the film is not afraid to include violence that surprises and shocks and still has all the gadgets fans have come to expect.

The only downside is that at three hours, it does run slightly too long. Some scenes could possibly be removed altogether, but it’s tricky to decide which ones. The noir feel mentioned above is not just in its tone but its plot as well, with cues taken from serial killer films such as Seven.

After much anticipation and excitement, The Batman has more than lived up to the hype. A fresh style plot, excellent direction, cinematography, and a formidable cast make this an absolute must see for not only Batman fans, but all movie-goers. For the only downside to be a slightly too long runtime only asks one question – when are we getting a sequel?