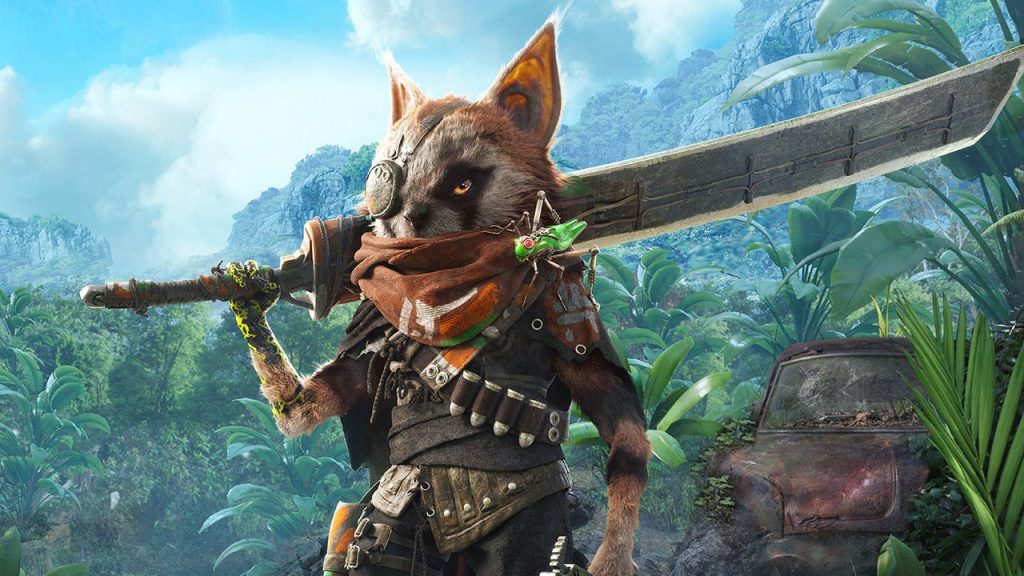 A visually engaging RPG brawler from a small studio with big ambitions, but can they live up to the triple A price tag?

A world under siege from decay and warfare offers a heavily pointed message towards humanities’ eventual destiny. Living in this world is a colourful variety of CBBC like creatures and many cats, which creates a remarkably cheerful atmosphere. Create your unique take on a bio-mutated cat and discover your character’s dark past as you fight to… improve the world? The story pinballs from abstract nonsense loosely connected to giant boss mutants and uniting the cat races. The mad cap justification for what is going on becomes somewhat white noise after a while, but the sheer diversity of what you are doing does keep you engaged. I care not why I am building a giant mech that looks like a duck with rocket launchers, just that it is happening and ‘In The Night Garden’ has taken a very adult turn.

The visual nature of the game is really its biggest asset, on the Xbox Series X I am constantly finding myself popping into photo mode. Pausing for a photo is as easy as clicking both sticks and every time the lighting and scene make it look like something out of a very stylish cartoon or comic strip. The particle effects, variety of enemy and map design really does the small studio great credit. Considering the customisation options for weapons and gear has not run dry in fourteen hours that is pretty impressive.

The only thing that really lets the game down is its unfathomable scripting and narrative choices. Typically, I like to play the good guy in most games, however, Biomutant is so cloyingly determined to be sweet and good it becomes infuriating. As I opt to use and abuse my powers and subjugate and execute my way across the realm, the doomed NPCs before me will always extoll how they understand my basic goodness and how I will eventually walk the path of sweetness and light. Given that the game is based on quite dark themes and that you are just going from one killing spree to another it seems very at odds with itself and not in a clever self-aware way.

With music playing over the narrative this makes for a very entertaining if easy brawler/ RPG which you can pick up casually any time. I have dropped in for a few side missions, boss fights or to session chunks of the game and it has never felt like a chore. I am approaching the end of the core game and at sub twenty hours it is a stretch to justify the £60 price tag, however as an investment in a promising studio that clearly poured love into this, I can accept it. Possibly more than when a triple A game just churns out another carbon copy at no major effort or creative investment.

I can see this moving to Game Pass and doing very well at some point. If you pick this up at a lower price, or are somebody who enjoys a vast array of fetch and carry side quests to give you endless cosmetic crafting options this is certainly worth considering. I look forward to seeing what the studio gets up to next.