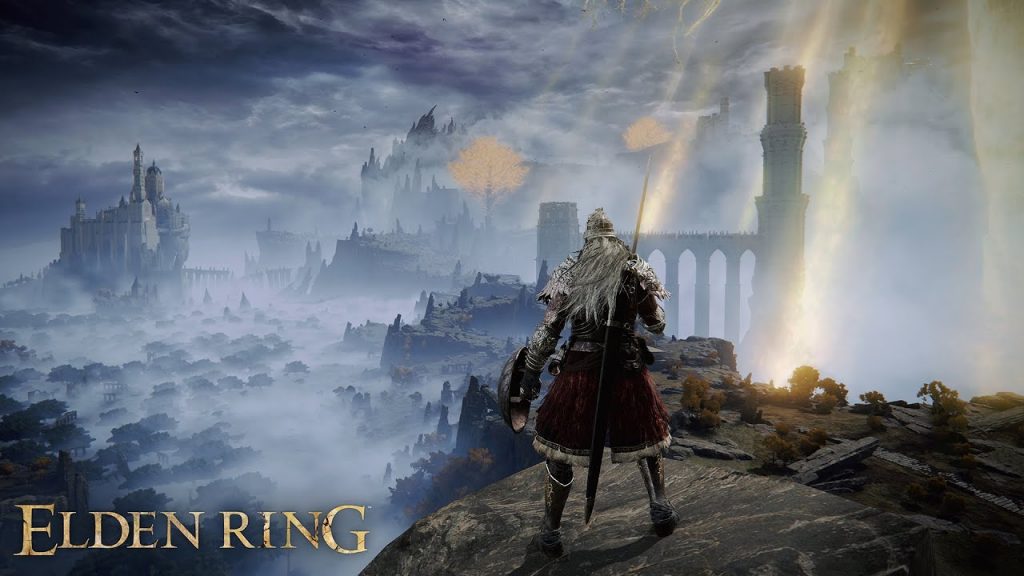 The long awaiting collaboration between FromSoftware and George RR Martin has finally arrived on a wave of hype that might be bigger than the game itself but does it live up to expectations (short review, yes it does).

Full disclosure, I have never finished a ‘FromSoftware’ game, having tried Dark Souls, Bloodborne and Demon Souls I had written them off as not for me. They were games that I respected but just did not enjoy. I was not good enough from the outset and not patient enough to learn the mechanics. Another confession here, at time of writing I haven’t finished Elden Ring, I’m around 15 hours in and have (somehow) beaten a number of the more challenging early game bosses, the game is mammoth in scope and to be frank I’m still not that good at it!

Difficulty comes up a lot in discussion around FromSoftware games and rightly so, they are challenging and demand a lot from the player, the combat is unforgiving and one wrong move can mean instant death. Elden Ring isn’t much different in this regard but certain steps have taken to make the game (a little) more accessible for people new to the genre.

AI summons now exist and can be called to your aid against the more challenging enemies, these are optional but certainly helped me to get to grips with the game as it gave me a little more room to breathe and get a proper feel for the mechanics without running around button mashing in a blind panic! Don’t get me wrong they don’t make things easy but it’s a nice compromise that takes a little of the edge off. You also have the ability to summon other players to your aid but please do not buy this expecting a full blown co-op experience as they are summarily dismissed from your game the moment they or the boss is killed.

From the outset there are enough starting classes to appeal to everyone, whether you want to go all in with a selection of melee characters or play it a little more safe with ranged characters (my recommendation for beginners like myself) the options are there. You aren’t locked to any class either and can level your character in any direction you please, if you want to start slinging spells with a mage and then wield a massive sword later in the game you can certainly do so.

The world of Elden Ring is sparse and beautiful, the art direction is fantastic and delivers an incredible sense of awe and isolation. There are some fantastic locations that will certainly linger in the memory and the stunning world stands out in a crowded pack of open world games. Creature design too is top drawer, with packs of disturbing and terrifying monsters roaming the land. Make no mistake Elden Ring is a bleak, scary game that oozes atmosphere (especially if you venture out at night).

That world though wouldn’t mean a lot if there wasn’t things to do and whilst it may seem barren to start with the game is anything but. Elden Ring is absolutely packed with things to do, dungeons to explore and bosses to conquer. Nothing new there you might think however it’s how you find these that is one of the game’s biggest strengths, refreshingly (and akin to Breath of the Wild) your map isn’t littered with meaningless markers and underwhelming side quests, everything you want to do has to be discovered and that really is an incredible feeling.

In fact… you could play for days and not push the story forward, just riding round exploring (and dying). In fact, the game cleverly pushes you to do this as you can meet the first story boss quickly but are unlikely to beat him, instead encouraging you to head back into the wilderness, level up and return (don’t worry fast travel is an option) when you are stronger.

Elden Ring will not be for everyone and that is ok. There’s no shame in not wanting to persevere with what is undoubtedly a challenging video game but if you put some time in and are willing to die a lot you might just surprise yourself and are unlikely to regret immersing yourself in one of the most engaging open world adventures released for a long time.