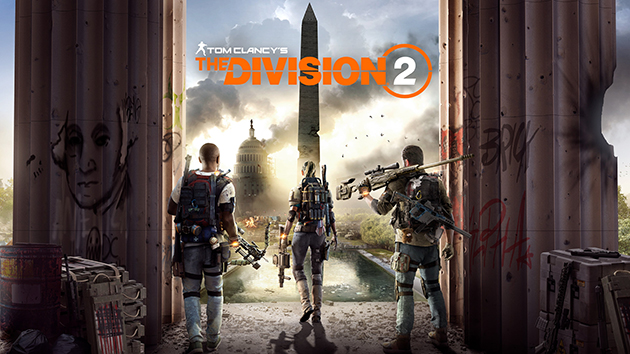 The buzz around The Division 2 was strong, read on to find out if it lived up to the hype…

Ubisoft’s highly anticipated sequel to The Division has just launched and I can safely say this is a big step up from its already acclaimed predecessor. The biggest question on fan’s minds ….. does this feel like a game in its own right or merely an expansion onto the original game. So let’s dig a little deeper into The Division 2.

The Division was set in winter, whereas this instalment is set in summertime. The game focuses on the fight between good and bad survivors of a pathogen-based apocalypse. First impressions are amazing. The graphics and beauty of the environment are simply stunning especially the cityscape scenery which definitely adds a ‘wow’ factor that makes the game very engaging.

A big improvement from the original is the gameplay itself as the gun mechanics have been completely revamped to bring a more realistic gaming experience. The movement in combat, combined with the improved enemy AI, means you cannot just run in guns blazing, you need strategy and good teamwork as enemies will now flank your position to gain advantage upon you. You have got to be tactically aware when fighting multiple people.

The game modes on offer are Campaign, Co-op and PvP (Player v. Player). Campaign is a gripping and demanding single player as you work your way through the story mode trying to bring Washington, D.C. back from the brink of disaster. Bring a friend into the mix with Co-op mode or alternatively battle against other players in PvP for players who enjoy the competitive gaming scene.

A cool new feature in the open world is the “control points” battle which essentially features waves of challenging enemies until you reach the big boss fight which is a joy to play and isn’t easy by any means. Unfortunately when fighting AI, it can feel quite repetitive after killing a generic “bad” guy and there isn’t a huge amount of variety in the way the hostiles fight.

So down to the nitty gritty and the big question on everybody’s lips: Is this a game that just feels like an extension (DLC) or actually its own entity? I’m afraid for me, it’s just much of the same. The campaign, whilst looking amazing, doesn’t really offer many surprises and the encounters with enemies and allies can be very forgetful. The look has improved but all in all it’s small differences and a few of the same issues with the original are still retained. To me it doesn’t feel like a finished product and similar to the Destiny games, the sequel for hardcore fans of the series doesn’t quite hit the spot.

In a nutshell, it’s definitely a solid game which players both new and familiar with The Division will enjoy. It’s just for me I was expecting a game with an abundance of new content and a fresher feel, and the absence of that is a bit of a disappointment.