Why fix what isn’t broken? As Cambridge themselves have said, its because they can make it better…

The TV2 and TV5 were fantastic budget sound bases so I was surprised to hear of some second generation units on the way – I was expecting a completely new design with different components and a shiny new make over, and I was partly wrong, which isn’t a bad thing. The second generation TV2 and TV5 may look similar to their older brothers, but Cambridge have managed to squeeze a little extra juice from both of them by upgrading a few key details. Firstly, the TV2 now has HDMI ARC and a 50% larger amplifier driving two BMR drivers and a downward firing subwoofer. You can choose from 4 EQ settings on the new ergonomic remote control; Music, Movies, TV and voice as well as a fully adjustable bass control.

The TV5 V2 is the bigger louder more bass heavy brother, with two downward firing subwoofers, which is sure to give you a precise detailed low level sound rather than a loud bang every now and then. Thats not all however; this is no one trick pony! The two BMR (balance mode radiator) drivers up front ensure those vocals and mid range sounds are not lost amongst those two big subwoofers. To find out more about BMR drivers click here.

The TV5 V2 is the bigger, room-filling older brother of the TV2 V2 (pictured above)

Connectivity has not gone amiss on the newer models either, both options have APTX bluetooth built into the unit, and are capable of pairing with up to 8 devices individually creating a wireless hub for all your family and friends up to 10 metres away. You can use either Apple or Android and it is incredibly easy to set up! Connectivity to the television couldn’t be easier with this latest addition, the TV2 and TV5 now feature HDMI ARC, which supports 24bit/192khz playback from hi res enabled televisions. This also means your television can be synchronised to control your sound base too!

In addition we still have good old fashioned optical for those with a slightly older television, and of course there is a still a trusty 3.5mm stereo jack. Cambridge Audio really have covered all bases with these products. If you have the previous generation of TV2/5 you will be all too familiar with the dreaded power brick. Well I’m happy to say it has gone (finally) which allows for a neater fit, or even an option to hide the cable in the walls.

On the newly designed ergonomic remote control, Cambridge Audio have added an extra EQ setting giving you a high level of control over what you’re listening to, and of course there is still a separate bass control, should you want to annoy the neighbours of a Saturday evening!

Cambridge really hit the nail on the head with the first generation of products, and with nothing but improvements made to the second generation, its all good news. The TV2 and TV5 are incredible value sound bases that add a new lease of life to your cinematic experience which won’t break the bank.

If you’re interested in sound bases then why not visit anyone of our stores, and we can answer any questions you may have and even offer you a demonstration.

Click to find out more about the Cambridge Audio TV2 V2 and TV5 V2. 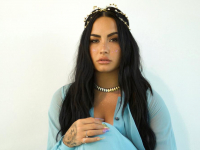 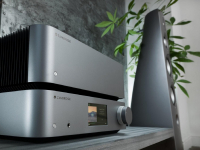 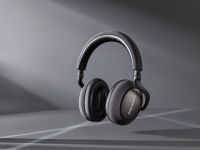