Can we expect a less than stellar performance, or is this new sci-fi epic out of this world?…

2013’s Gravity challenged sci-fi to be much more inventive, but does Interstellar deliver the goods with Christopher Nolan backing it?

The Earth has been dying for decades and the only feasible way to save the human race is to find a new habitable planet. Cooper, previously a pilot/engineer, takes a crew into a new solar system but time and the likelihood of success are not on their side.

With Christopher Nolan directing and co-writing with his brother Jonathan Nolan we should expect big things, especially for Nolan’s first foray into traditional space sci-fi.

The beauty of space is refined here with retro space suits, a black hole gloriously on display and space ships shooting through new atmospheres. But all of this comes across with an impressive amount of realism as well. Planets seem more real than many planets found in other films and the adventure doesn’t seem as flamboyant and unnecessary. This is caused by the key subject matter – the human race’s dependence on the journey – and Matthew McConaughey’s broad Texas twang and gritty family life only help to root this imaginative adventure in the believable.

The plot is interlaced by Earth stories and space exploration moving forward together, and this adds a sense of urgency and sadness to the astronauts’ mission. Cooper especially sees his children struggling with life and his guilt of absence raises his desire for the mission to succeed.  McConaughey plays Cooper with an authoritative presence and he’s truly become the A-list character actor he’s been striving towards. In contrast Anne Hathaway plays a scientist on the crew and although she does well with her performance, she hardly leaves a mark, but that could be down to her relatively small importance as a character.

Interstellar balances several themes and perhaps difficult to grasp theories during its three hour running time and does so with candour. Such themes as death, time travel and space aliens can often bog down sci-fi, but Nolan’s vision never suffers from one particular theme more than another. In fact, the theme of humanity is the real winner here, testing various characters on the idea of self-preservation and protection of others. It does all of this while using the theory of relativity, a tesseract and a wormhole to push the story forward without making the film nonsensical. Perhaps the film’s greatest achievement is that it avoids any one trap; instead it weaves a complexity of themes that create a total narrative that appears real, lifelike and relatable.

It’s hard to find any weaknesses from Interstellar. It’s truly a visionary piece of cinema that takes its torch from 2001: A Space Odyssey and moves forward into the 21st century. If you’re a fan of Nolan, sci-fi or challenging subject matter this comes highly recommended. 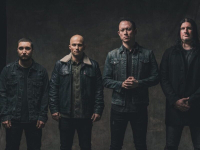