Music can only ever be a reflection of the time it exists in. In no field does this statement stand truer than that of popular music. And so, in what can only be described as a fractious and tumultuous 12 months around the world, particularly that of pop music’s nerve-centre; the United States of America, 2017’s celebration of the previous year’s highest accolades in music served to be as high in drama and conflict as one might anticipate.

A running theme was set for the evening as James Corden took to the stage to present the show. As one of the many American loved Brits that would ultimately end up dominating the proceedings, it is safe to say that his level of talent set a bar so low that the real artists ahead would not have much work to do to raise it. A bumbling slapstick entrance followed by a jesting rap at the expense of Rihanna and Co. led way to a few sideways gags aimed at America’s new president. With all that out of the way, the serious business was given room to begin.

The real and unexpected star of the show was Adele. Breaking Beyonce’s heart, Adele scooped up three of the ‘big four’ categories, Song of the Year, Record of the Year and Album of the Year. The last time this feat was achieved was in 2012, once again, by Adele. Her evening was marred by a false start in a tribute performance to George Michael. Her cover of Michael’s 1996 hit single, ‘Fastlove’ quickly broke down, leading to a bold onstage apology and demands from the performer to start the song again. Opinion seems split on whether this was an embarrassing event or a seriously brave move. I have a tendency to lean towards the latter.

Further drama fell into her hands in the form of a Grammy for Album of the Year. Adele took stage with a sobbing confession that she did not believe that her album, ‘25’, deserved the award. Further, she made a strong attempt to dedicate the award to her rival nominee Beyonce, for her overlooked album, ‘Lemonade’. Questions have since been raised over whether the award was a racial snub, with the vast majority of category winners being of a caucasian background. Adele herself in her speech recognised and iterated, “the way you make my black friends feel is so empowering and you make them stand up for themselves and so I love you!”. Of course, these sorts of debates lend themselves to events of such magnitude, perhaps however it would be easier to believe that the awards were simply given on the merits of the individuals work being assessed. Who knows.

Posthumously, David Bowie was awarded 4 Grammys (Best Alternative Album, Best Rock Song, Best Rock Performance and Best Engineered Album) for work taken from his most recent studio album Blackstar. The album exists as his own eulogy, his departing to the next world taking place only 3 days after the album’s release. Putting the exceptionally high quality of music included on the album to one side, the Grammy’s awarding seems only fitting, to attach more esteem to one of the greatest performing artists to grace the Earth (and now, who knows which astral plain he chooses to grace).

Further history was made by Chance the Rapper, who became the first streaming-only artist to win a Grammy. In the end, he picked up three awards for Best Rap Album, Best Rap Performance and Best New Artist. His accolades are clearly representative of a shift in the listening habits of younger audiences. Not a single physical platform release has yet been issued and yet his legacy is only ever growing.

Performances on the night were as overblown and varied as ever, a personal highlight being the spectacle of Lady Gaga performing with Metallica. It made for a blistering interlude to the otherwise run of the mill turnouts from Katy Perry and Beyonce et al. who unfortunately seem unable to grasp the concept of less being more. The thunderous lights and dance routines have become so normalised now that they barely achieve their effect. A highly politicised rap performance from ‘A Tribe Called Quest’ made for an even higher statement as they called out for the tearing down of Trump’s wall. What a great stage to announce your motives upon as a musician. Their voices will always reflect our mood this year. Exciting times.

Highlights of this year’s winners and nominees can be seen below, but for the full list, you can visit https://www.grammy.com/nominees.

Album Of The Year:

Record Of The Year:

Song Of The Year: 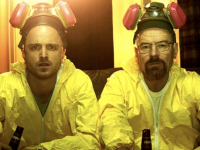 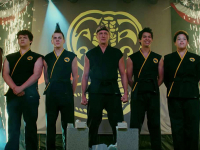