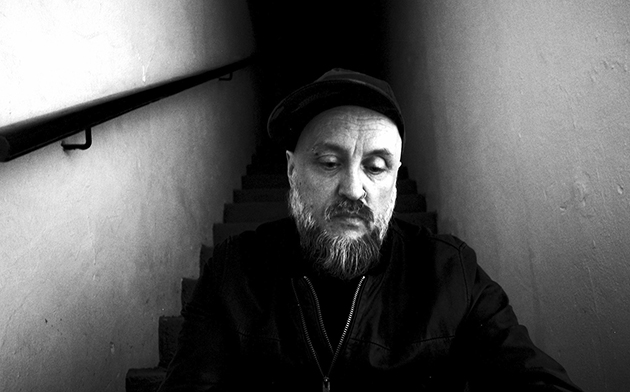 A legendary producer chronicles a heartbreaking period with subtle yet weighty sonics.

Kevin Richard Martin’s musical career has been a big influence within the British bass/experimental music scene. His album London Zoo, under his alias ‘The Bug’, is hailed as a piece of history and a timeless classic in the Dancehall, Dubstep, and experimental bass scene of the mid-to-late 2000s. With tunes like “Skeng”, “Poison Dart”, and “Jah War” getting dropped in dingy clubs for bass heads to jump around and enjoy for years after their release. With his group King Midas Sound, however, he has experimented with dark, ambient and gritty emotive pieces amongst his deep bass roots. These gritty tones paired with the distinctive vocals of Roger Robinson and Kiki Hitomi show a more bleak and personal view of the UK. Having worked with other artists like Deathgrips, Liz Harris, Flowdan, Killa P, Earth and many more, Kevin Richard Martin has a large body of work that has crossed countless genres.

With Sirens, Kevin Richard Martin has opened up into a dark part of his life. What we hear here is a soundtrack to the experience of the birth of his son, burdened with many medical complications. Dark and crushing soundscapes set the feeling of loss of control coupled with fear, uncertainty and gut-wrenching time spent in the hospital. Releasing on Lawrence English’s label Room40, Sirens started as a live show back in 2015, which must have been a very powerful and perhaps cathartic experience for him to perform given the theme of the record. I can imagine the experience being very unique, knowing his son has made it through but also reliving the experience through the medium he used to express himself. It can’t have been easy for him.

“There Is A Problem” opens the album, we are greeted by an alarming and powerful wall of brass. As all encompassing as the news from the doctor must have been. Cautious and strung out tones are played with a xylophone, representing the usual joy of childbirth distorted. It’s hard not to empathise with what Martin would have been feeling. The whole album is a personal journey of hope and hopelessness. Raw emotion felt by a man in the darkest hours of his life, immortalised in sound. Music is a very powerful art form, and when it’s used to express ones self in abstract ways it can be very powerful. Even out of context the emotions expressed are apparent, shock, fear, anger all bleed through to the ears of the listener in a very intense manner.

Rating an album like this seems wrong to me. With an album like this you’re experiencing an instance of another human’s emotions, which the artist needed to express. In this format there are no right or wrong answers, there’s no need to compare to anything similar or question the sounds that are being heard. This is audible, visceral, human emotion.