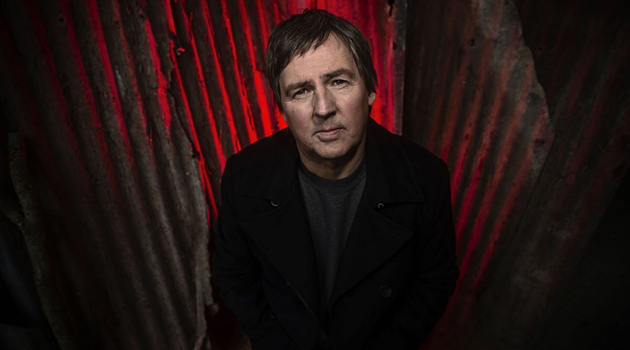 Formerly the bassist for old UK favourites Talk Talk, Paul Webb has styled himself as Rustin Man and released his first album in 16 years. Will Drift Code show he’s still got it?

Still taking influences from the synth-pop glory of Talk Talk, opening track “Vanishing Heart” still has synth organ hints smattered over the backdrop of this strangely disconcerting song. The guitar sounds off-key, bordering on discordant, with Webb’s voice sounding almost uninterested as he warbles over the minimal beat. But somehow, this reviewer is intrigued, I want to know what direction this is taking…

Those who remember Webb’s exploits in .O.rang might be more familiar with some of the sounds found across this album – such as some questionably integrated wah-wah guitar with a piccolo flute. In tracks such as “Judgement Train”, it almost feels as though Webb is trying to channel Primus, as he’s somehow making a track that sounds like a sci-fi soundtrack collided with a spaghetti western. However, much like a film with that plot (I’m looking at YOU Cowboys and Aliens), this album appears to have little structure or coherence – and it’s seriously lacking in explosions… and Olivia Wilde whilst I’m on that point.

Lurching from slow, depressing balladic tracks with organs and soft choral backing in the *ahem* aptly named “Brings Me Joy”, the album leaves you feeling quite lost by moving to a Bob Dylan-esque poetic track in “Our Tomorrows”. To give it its due, “Our Tomorrows” actually isn’t a bad track, which is unfortunately more than what can be said for several of the other tracks. Sounding almost like the beloved David Bowie, Webb utilises his distinct voice to provide life to an art-rock track that wouldn’t have been out of place on Webb’s previous work; Talk Talk’s Spirit of Eden.

However, it does appear as though there’s a reason that Webb didn’t get to sing lead in either of his previous ‘full band’ endeavours. A talented bassist and musician no doubt – and I’m sure the more professional musicians and their ilk listening to this will appreciate the off-kilter time signatures and strange distortions of words more than some like myself. But while this reviewer is more than capable of enjoying prog rock, it just seems as though this album is little out of reach.

On recommendation, I did actually make a point of watching the video for “Judgement Train”. I deemed it as my least favourite track on the album to a friend who has tried to defend the album, who quickly insisted I watch the video to give it context. In his defence, and the songs for that matter, it does indeed help – but it’s an album, not a movie. I might enjoy cover art, but it should serve to enhance my experience, not actually explain it. 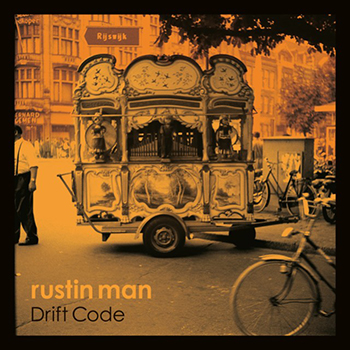 This isn’t to say I didn’t enjoy any of the tracks – that would be unfair. The (actually) aptly named “Euphonium Dreams” is short and sweet at little over two minutes, but remain complex and full of mood provided by the strange instrument that makes its namesake. “Light The Light” is also a pleasantly clunky track that almost has you envisaging Webb as a saloon singer in the west… or perhaps just the West Country in the UK sense. “Martian Garden” is also a weird and genuinely distinct prog track – it’s complex and engaging with plenty of vocals and guitar used to tie up the strange mix of synth that’s sprayed all over the backdrop of the track.

I realise after what might read like a bit of a teardown it might seem to now declare that the album isn’t bad – because it isn’t. It’s disjointed, a bit nonsensical and structure feels a bit thrown together. I’m sure by crying ‘prog’ this can and will be used to defend the album. But for a music veteran such as Webb, I expected more.