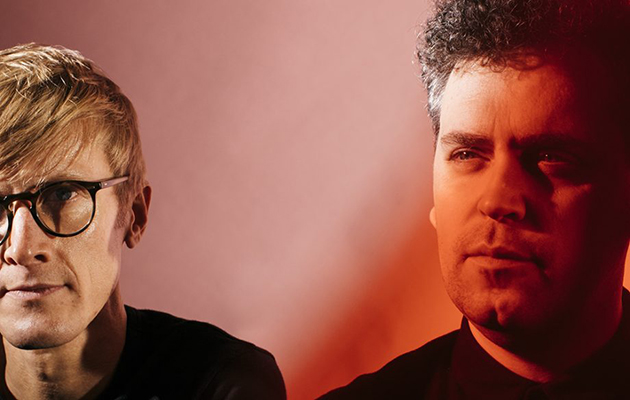 Simian Mobile Disco aka James Ford and Jas Shaw made an impact back in 2007 with their debut, Attack Decay Sustain Release. Their fearless experimental nature continues with this year’s album entitled Murmurations, but will another step in a different direction prove too risky?

The duo initially played together as part of an indie rock band named Simian, which not only inspired their current alias, but also built the foundations for what has become a fruitful partnership. They are unashamedly restless producers, admitting in interviews to being bored easily. 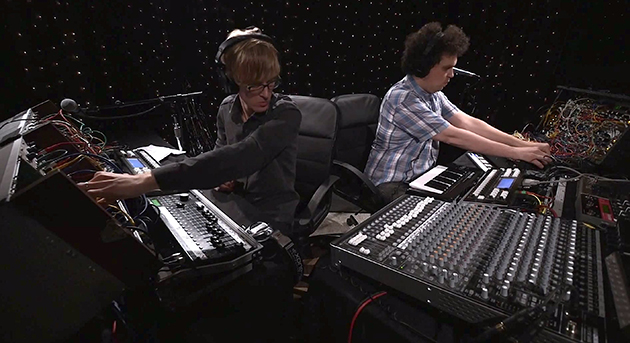 By continuing to push themselves, they have successfully pulled off a fairly conceptual album already. Their musical range continues to expand this year, after already toying with varied styles previously. Since releasing their debut, they also produced an album of forward-thinking techno, recorded solely in the Californian desert with a stripped back setup. Now in 2018, Murmurations sees the pair collaborate with a London-based, interestingly named choir. The addition of the all-female Deep Throat Choir marks another defining moment in Simian Mobile Disco’s timeline, one that will be remembered for many years to come.

The album title refers to flying starlings and their movement, as they stay close to each other for protection, communication and warmth. This connection between the birds draws moving art in the skies, and the fluidity of Ford and Shaws music is designed to reflect this. There is a definite correlation between its concept and its execution, mixing psychedelia with pounding beats, and restrictions with freedom. Many recent electronic albums have relied heavily on contrast, and often an atonal aspect. Murmurations is no exception to this, as heard on “Hey Sister”, where off key electronic hits pull away from harmonious, choral elements.

As we enter via the  introductory track “Boids”, the choir sounds as if they are being controlled by a keyboard. Their short ooh’s and aah’s fly around rich, droning pad-like chords (presumably created by other voices). As their frequency intensifies, the arrangement builds, beginning to resemble the dance of the starlings. “Caught In A Wave” follows in a similarly soothing manner, this time washing in an out like the tide. After a few moments, the album’s first thumping beat begins to fade in, and by the time it is at full capacity we hear the first words being sung. Towards the halfway point the vocal layers are stripped back, and more techno fills the space. Elsewhere they opt for a more tribal vibe, especially during the introduction of “We Go”, or “Defender”. “Gliders”, on the other hand is a more spiritual affair, with a softer approach including world class sound design.

At just nine tracks long, and with varying song lengths from 2 to 8 minutes, Murmurations is still fantastically diverse. The album’s longest track, “A Perfect Swarm”, really encompasses what they aimed for. With a title that surely relates to the album’s concept, a huge amount of tension and drama, and a contemporary groove; it manages to tick all of the boxes. Shaw has compared working with the choir with using a new synth, and nowhere else on the release is this more apparent. Throughout the album this approach is audible, as the singer’s tones are manipulated to create the desired outcome.

An album’s titular track is rarely reserved for the closing number, but here “Murmurations” works brilliantly to complete the story. Some of the most angelic, engrossing vocals are saved until last. Some listeners will enjoy the captivating synthesis, where others may feel that the voices deserve to shine. As the duo turns over yet another new leaf musically, exploring new sonic territories, they remain fairly sure footed. 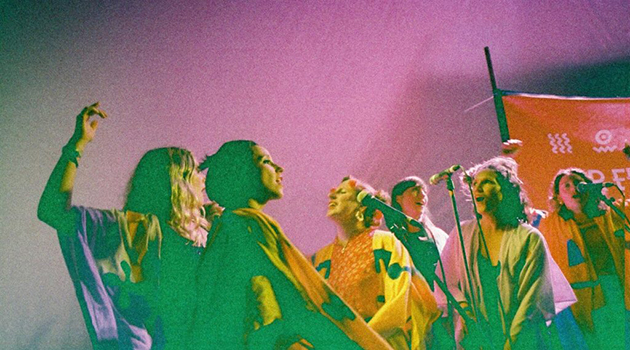 Much of Murmurations was a collaborative effort with Deep Throat Choir.

What began as a casual session of experimentation, has grown into a full collaborative project. The choir has undoubtedly added moods and feelings that are a struggle to conjure with purely electronic gear. Enriching their music with emotions and movement, in a way equally as diverse as their own production. At times they strike like lightning, whilst sometimes they move slowly like a sunrise. Their voices almost emulsify the duo’s original ingredients, creating a new, thickened and stable result.

Come and make up your own mind at your local richer Sounds today, with an album perfect for demoing over-ear headphones.