Our colleagues share the albums that fill their homes – and hearts – with cheer in the holiday season.

Bob Dylan – Christmas In The Heart

So, the rumour goes that Christmas in the Heart, Bob Dylan’s cover album of Christmas classics is the result of a lost bet between Dylan and a member of his touring band. Known for his sharp put-downs and short temper, Dylan’s surprising decision to release Christmas in the Heart shows that there may be a softer side under that hard exterior. The 15 songs recorded range from the oldest and best known to the upbeat and slightly mad, but all are treated with the upmost respect by Dylan. And with the wonderful arrangements handled sublimely by Dylan’s longtime backing band, the songs come to life whilst sounding traditional and timeless. Much to my wife’s disappointment, I’ll be crooning along in the kitchen as usual on Christmas Day this year.

Admittedly one of the cheesier choices one could have for a favourite holiday album, for me it really isn’t Christmas without putting on Miracles: The Holiday Album by acclaimed saxophonist and twitter legend, Kenny G.

For as long as I can remember, my mum would put on this record as we would decorate our tree, and from that point on it was in heavy rotation until the tree came down. And to this day, any time I’m back visiting for the holidays, mum inevitably puts this on and we have a laugh at any number of inside jokes that have formed around the album. A collection of holiday classics done in a mellow, somewhat jazzy way, it’s a nice unobtrusive backdrop for any holiday get together.

Sometimes, the cheesiness of Christmas songs can get a bit too much. Michael Bublé, Kylie Minogue and the various compilation albums are playing non-stop in all the shops and on the radio. If you fancy getting into a jolly mood without hearing specific Christmas songs over and over, then Big Swing Face by the Buddy Rich Big Band is perfect at getting you feeling festive whilst you enjoy a glass of wine at home. Swing music is a great way of getting your feet tapping whilst still being comfortable as back ground music. It’s ideal to have on when you engage in your family’s favourite board game or if you’re catching up with relatives. Versions of The Beatles “Norwegian Wood” and Rich’s own daughter singing on “The Beat Goes On” are notable but every song is a top-notch example of swing musicians at the height of their game.

For me, the ultimate holiday record has to be The Beach Boys’ Christmas Album. This is a classic that always appears on the turntable during the holiday season.

A really lovely mix of Christmas standards with a handful of Beach Boys originals sprinkled in, this is the band’s eighth album. Full of the Beach Boys’ typical lush vocal harmonies amidst beautifully arranged orchestral strings, this truly is a timeless album that deserves a spin or two in your home this year! 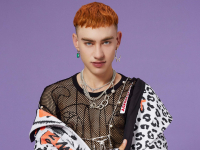 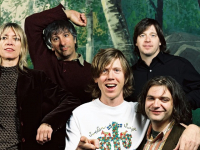