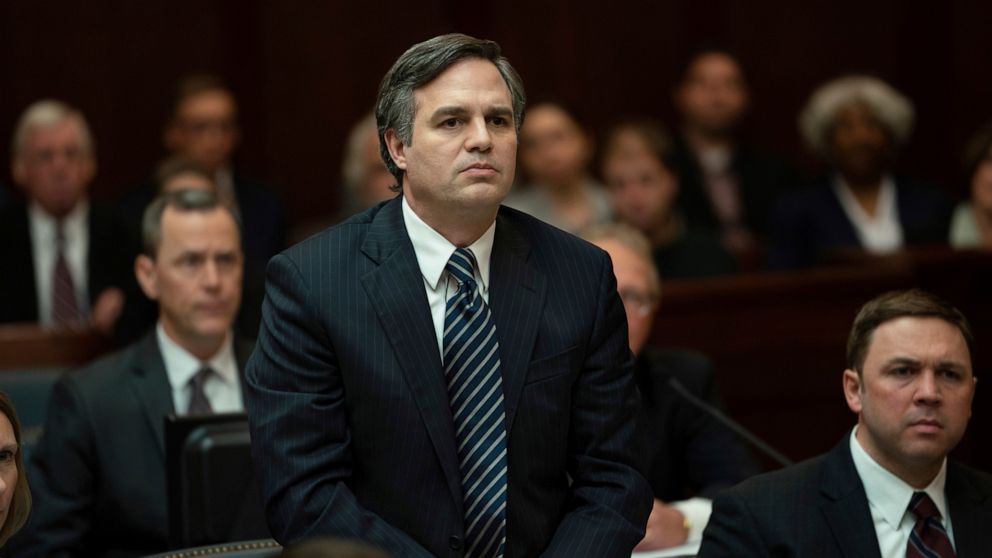 Dark Waters tells the true-life story of the chemical giant DuPont and the dumping of toxic chemicals into the West Virginia Water Supply. Mark Ruffalo stars as Rob Billot, an environmental defence attorney turned whistle-blower and focuses his campaign to expose the truth and hold DuPont responsible for their actions.

Having been approached by an acquaintance of his Grandmother’s to take up a case against DuPont, Billot although initially sceptical about what is going on quickly comes round to side of the local farmer and risks his reputation and career by taking on the massive U.S. company in a class action lawsuit.

A common problem with films that focus on lengthy legal proceedings is that despite the subject matter often being emotive, legal procedure isn’t always the most interesting thing committed to screen. Director Todd Haynes manages to negate this for the most part and the film keeps the pace up with frequent narrative jumps forward in time. It’s not until the final third where things start to get bogged down a little and by the time the credits roll the film feels a touch longer than it needed to be.

For the majority of the running time though the film works well and there is a lot going for Dark Waters, the plot twists and turns at the right times to keep things engaging and the characters are well realised. Ruffalo’s crusading lawyer is a sympathetic character that proves easy to relate to and the supporting cast all put in a solid turn. Anne Hathaway does feel a little wasted in the clichéd ‘wife’ role though and her presence in an otherwise minor part proves to be something of a distraction at times.

The film’s hard hitting portrayal of the impact of the pollution on the local farmstead and the wider population, serves as a further eye opener (if one were needed) to the lengths some companies will go to ensure profit. It’s a damning indictment of corporate America and Haynes should be applauded for his ‘take no prisoners’ character assassination of DuPont and its senior management.

It’s a shame that this bold approach doesn’t always apply to the direction of the film, Haynes is a very talented filmmaker and although the film is far from being bad he feels more like a ‘director for hire’ here and you can’t help shake the feeling he is underutilised with a fairly safe film that never allows his talent to really shine through.

Dark Waters isn’t a film that breaks any new ground and in fairness it doesn’t really try, it’s a valuable enough education into a news story that some people may not be aware of but it can’t quite ever shift the feeling that you’ve seen this film many times before. That being said, it’s a solid genre piece and an engaging film just don’t expect it to set the world on fire.