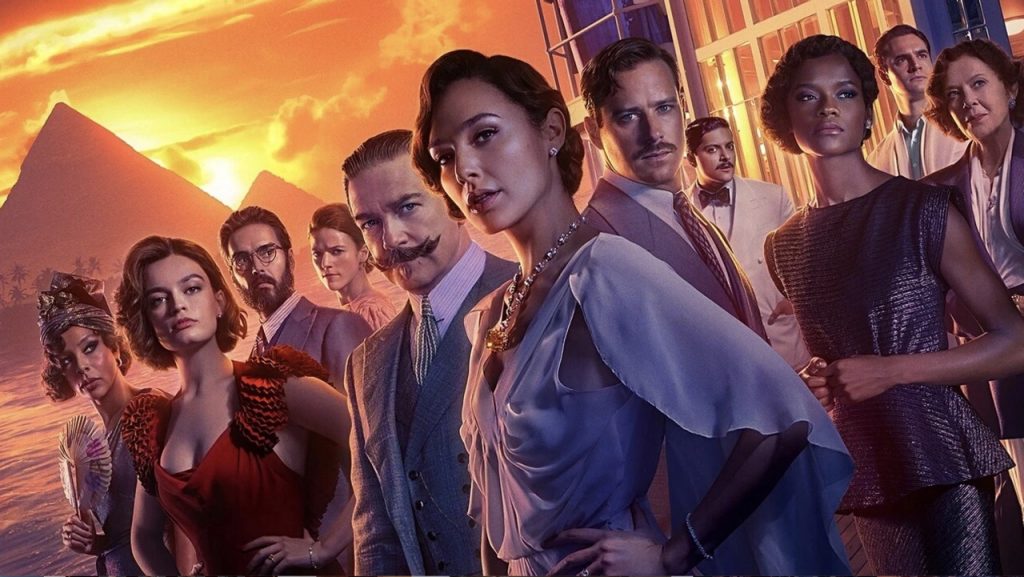 Death On The Nile, sees Kenneth Branagh returning as the flamboyant and self proclaimed “worlds greatest detective”!

When we got the first Kenneth Branagh rendition of a classic Agatha Christie novel – Murder on the Orient Express, it peaked my interest. The chosen cast had quite the CV between them from Johnny Depp, Judie Dench and William Dafoe to name but a few! The film I found to be enthralling as it did really bring the novel to life! I would like to say from the offset this story I am even more unfamiliar with, so l went into it with more of an open mind.

We get an introduction to the youthful Hercule Poirot (Branagh) and the origin behind the famous moustache. This helps set the scene but doesn’t really give us much to move the story along. Fast forward and we find ourselves in Egypt (although the majority of the film was shot in Surrey). I have to say this was where the film started to let itself go for me. The animation used to depict the great pyramids and especially a character flying a kite on them was anything but professional. The level of green screen was so glaringly obvious that it really distracted me from everything else.

This is frustrating as the cast are once again very strong – even a sincere Russel Brand put in a performance I wouldn’t have expected. Other notable mentions are again from Branagh, who does a great job with his eccentric character. At times it is hard to hear his him through a mixture of the French accent and rapid speech – so you have to be listening carefully.

The main plot of the film follows a returning character Linnet Ridgeway played by Gal Gadot hosting a lavish wedding reception. She suspects someone is out for revenge and to ruin her day or worse…so she ‘invites’ Poirot along for the event aboard the luxury paddle steamer the Karnak (based on the 1920’s steamer the SS Sudan).

What follows is a a lot of sideways glances and arguments. Which inevitably don’t lead to much, compare this with the first film and you could feel the tension building. There is something about a lock room murder mystery that creates intrigue, but with Death On The Nile this is not quite pushed home due to the fact that they are constantly hopping off the boat. A boat which at the beginning is told to be hired exclusively for the guests but halfway through we are informed it has other guests expected to arrive. This ruins the tension and although it can bring in new story elements, the idea it could be any of the guests is now spoiled.

The film does have its moments don’t get me wrong, the score and some of the cinematography do aid this and there are a couple of moments which verge on a jump scare! So when it gets it right this film does show some glimpse of potential.

This film for me held a lot of promise. The cast, director and locale all held high hopes of being an exotic thriller of mystery, murder and intrigue. What entailed however, missed the ‘boat’ with was in my eyes fairly mediocre. There was potential here with the location and source material. I am unsure if there was issues with the budget due to the pandemic but the CGI really let it down.

I don’t pretend to be an expert in filmmaking, but what I see is something very amateurish and off-putting. I doubt very much there will be a third film due to this outings poor box office performance… however stranger things have happened. 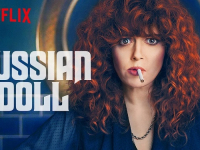 Mind bending time loops continue in Natasha Lyonne’s latest adventure. Significant in its absence is the lack of a recap. The new season begins with…read more →