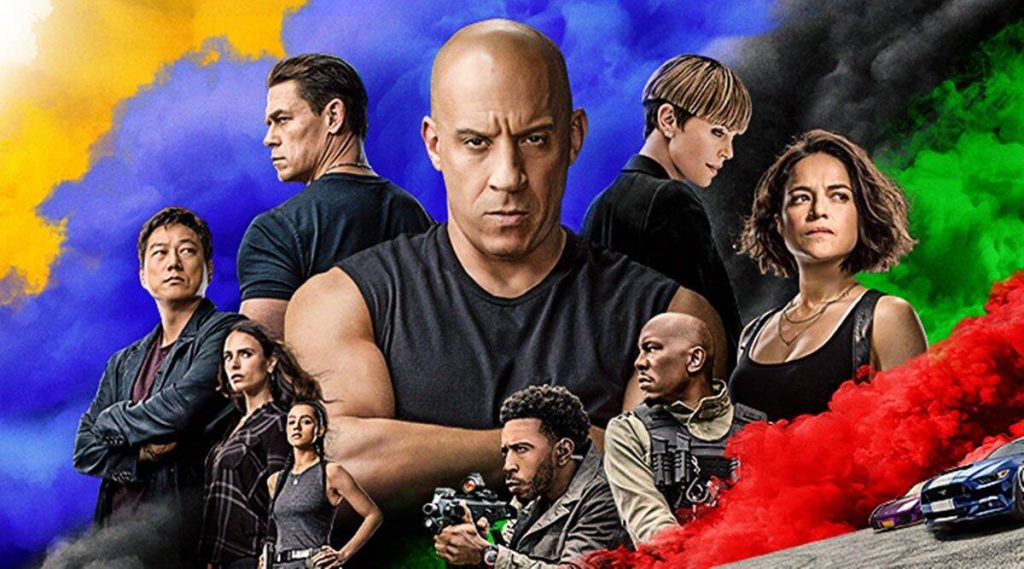 With cinemas being closed for new releases for such a long time the cinema world was desperate for a blockbuster to break the limbo. Fast & Furious 9 (along with Kong vs Godzilla) were the first to do this. Giving us all a much needed fuel-filled adrenaline escape!

The Fast and Furious saga has now entered its 9th phase (with two more movies being filmed side by side confirmed to wrap up the series). To quote the Lord of the Rings and Bilbo Baggins “I feel thin, sort of stretched, like butter scraped over too much bread.” I feel this could be attributed to this film series…potentially? I am the biggest car fan so these films really strike a chord with me on a lot of levels but there are aspects that have diverted quite substantially from the original film that came out in 2001.

Fast and Furious 9 (or F9) has brought back Justin Lin – the director of the ambiguously time lined Tokyo Drift – to lead the charge for this explosive new entry. The film is certainly that – with the current films having moved into much more of an action/adventure/heist style, which is a far cry from the DVD player thefts of the first film. To such an extent that some characters in this film go into space! Each film seems to out do each other – we have had tanks, bank heists and even submarine chases.

The one constant though is the cast – which has stuck together throughout the turbulent past, notably the death of Paul Walker. This film marks the return of Jordana Brewster as Mia, Dom’s sister who missed the previous film – her appearance is justified because the main protagonist is her and Dom’s younger brother (John Cena). There was a void of a large physically imposing character (since the departure of Dwayne ‘The Rock’ Johnson), to rival Vin Diesel.

Cena does feel like an outcast throughout the film as he doesn’t get enough development to help him fit into the role. This is hard to do though as the majority of the cast has had 20 years to achieve this – so anyone new will struggle. If he manages to stay on Vin Diesel’s good side I don’t foresee him leaving the franchise and should be part of it now for the remaining two films.

As a spectacle you can’t help but be wowed by F9 and although there are large amounts of CGI which is something that is expected with this sort of film. One of the opening scenes sees the cast race through a jungle – I have seen the behind the scenes footage and now seeing the film I wince at the number of Dodge Chargers and Ford Mustangs they must have destroyed in real life…

However, it still possesses just enough real world action to help ground it. There are touching reunions and moments where the film’s mantra of ‘Family” really do shine through. Some of these scenes do drag on though and it gets a bit wordy – to a point where I looked at my watch to see how long I had been sat still. It is a shame that due to the very large cast and all of them having individual stories – they are all stretched a bit thin.

I was dubious when I first saw the trailer for this film as I feel personally at least that the diversion to an action series has diluted what made these films so good. Especially as the laws of physics seem to apply fairly lightly to some of these action scenes! However, it is this sort of film that sells. It is not something that will ever win an Oscar but if you want an exciting afternoon filled with explosions and flying magnet cars then I can recommend this!

What the future holds for this franchise, we shall see, but it is something to respect for the scale of what they have become. I am too invested now to not see the remainder but for me this film was a little bit of a miss.