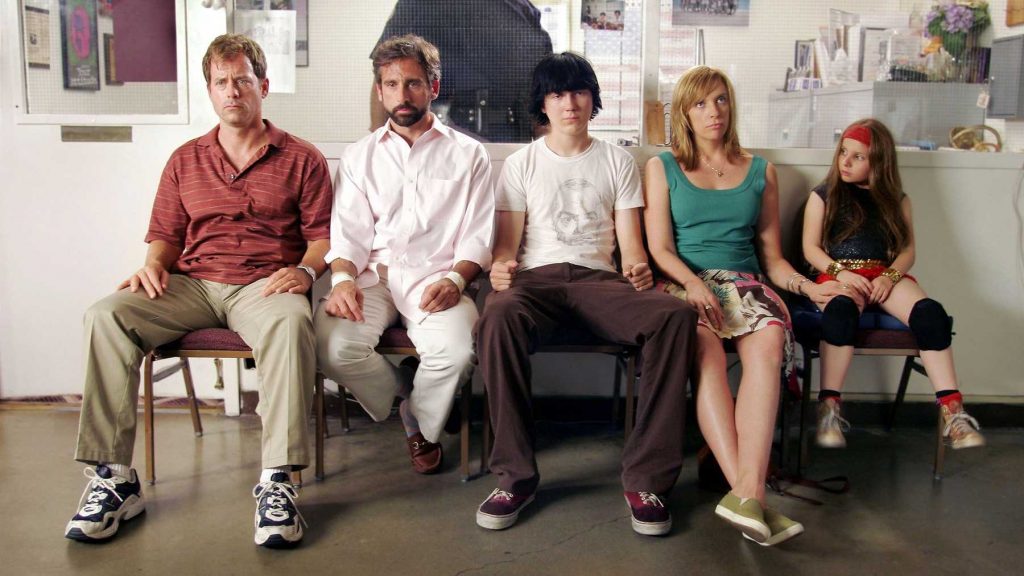 Little Miss Sunshine is the perfect quarantine film. A story of a family stuck together, dealing with each other’s clashing personalities and the humour and emotion that inevitably ensues.

The film was nominated for four Academy Awards, winning two, including Best Original Screenplay and Best Supporting Actor for Alan Arkin, it received wide critical acclaim for both the cast and story. Released in 2006, the film has a powerhouse of a cast, Steve Carell being a highlight, in one of his earlier, rarer, emotionally captivating roles. However, the cast as a whole really show their skills, especially the two younger stars, Abigail Breslin, who was only six years old when originally cast and ten when the film was released, and Paul Dano, famous for roles in There Will Be Blood and Love & Mercy.

The storyline as a whole takes you on a real journey (metaphorically and literally). It begins with stressed mother Sheryl (Toni Collette), picking up her suicidal gay brother Frank (Steve Carell) from the hospital, explaining to him that he must come stay with the family, for his own safety. Back at the family home you meet the wider cast, Olive (Abigail Breslin), the young, slightly overweight and geeky daughter, who dreams of being Miss America, trained by heroin snorting granddad Edwin (Alan Arkin), recently kicked out from his retirement home, Richard (Greg Kinnear), the failing entrepreneur father, who believes he’s on the road to being the next big motivational speaker, and Dwayne (Paul Dano), Sheryl’s son from a previous marriage, taking a vow of silence until the time he achieves his dream of being an RAF pilot. Emotions are high at the family dinner table, when the characters come together for the first time, each person’s conflicting view of life mashing against the other. In particular, Carrell’s emotional, sensitive and kind approach to his character, collides with Kinnear’s excellently smug and egotistical Richard so well, you can’t look away. Breslin’s lighthearted naivety as Olive is a beautiful break from the tension created, along with Arkin’s hilariously inappropriate grandpa, they are a true breath of fresh air. Collette’s Sheryl cannot be pushed aside either. She is possibly the most ‘normal’ character presented, and perfectly highlights the struggle of a mum trying to keep the family together, and keep everyone happy. She is a strong matriarch, but has her cracks, that she highlights beautifully.

The story progresses as Olive accepts an offer to be in the Little Miss Sunshine Pageant, in Redondo Beach, California, meaning the whole family must come along for the ride. Hopping in their yellow Volkswagen minibus, which is almost as broken as this family’s dynamic, it creates a unique setting for this family caper, a small and sometimes hostile environment, that is highly relatable to the viewer. The camera work in these scenes is great, and wonderfully authentic, you won’t find any green screen here. The minibus should be counted as a supporting cast member, as it provides so many funny moments during this film.

What sets this film apart, from many films I’ve seen, is the way it so delicately balances such a wide variety of topics and tones. This could very easily be a depressing story, of highly dysfunctional family members with intense personal problems. Yet the clever use of humour throughout, sometimes physical, but always intelligent, allows for it to be comfortable viewing. It is however, at times emotionally jarring, at some turns it hits you with the realisations of life, the struggles of families living on the edge of financial breakdown and the reality of loss, in its many forms. A film that allows you to relate, laugh, cry and truly feel something, is always going to be a winner, and it is clear the critics felt the same. The highlight of the film has to be the Little Miss Sunshine pageant, it is without a doubt, one of the funniest and most shocking movie scenes of the early 2000s, often being parodied for other films. It is truly wonderful, hilarious and fills you with a sense of family unity. A truly glorious scene that manages to stand out in a film with many great moments.

This film still stands the test of time, even now fourteen years later. The struggles of a normal family, trying to band together for their youngest child, is beautiful and warm. The message holds strong, especially now, where we may be confined with our own loved ones, all experiencing our own personal problems, but coming together for the love of each other. If you’re looking for a film that will tug at your heart strings, make you laugh, make you sob and fill you with hope, this is the film for you. Stand out performances from all cast members, beautiful cinematography and a soothing soundtrack all contribute to this being one of the best films I have ever seen.

Little Miss Sunshine is available to rent or buy on Amazon prime.