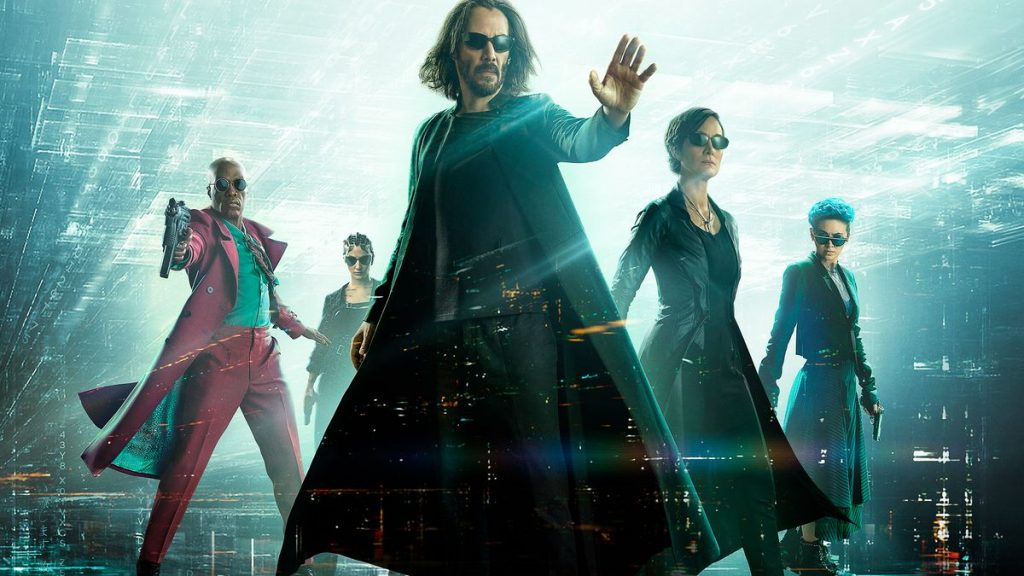 After two decades and three films, it’s finally time to jack back into the Matrix. However, after so long between sequels, will it live up to the hype… or is it time to press ‘control+alt+delete’ on the franchise?

The original Matrix released in 1999, was (to coin an overused phrase)… a game changer. So many other films in the 90’s had failed at trying to convey the changing landscape of how we access information following the rise of the internet. Films like, Hackers, The Lawnmower Man, Johnny Mnemonic (also starring Mr. Reeves)… were all commercial flops. Then along came The Matrix… a cyber-punk, kung-fu, philosophical, action film, boasting revolutionary visual and special effects.

After the sequels (Reloaded & Revolutions) came out to mixed reviews in 2003, most people assumed that was the end of that. But when a fourth outing was announced in December of 2019, I was intrigued to say the least. Especially given that Keanu’s character, Thomas Anderson (Neo) had… *spoilers*… died at the end of Revolutions and this new film would be a direct sequel. So why bring back these characters and this world now? Original director Lana Wachowski returns for the new film, with her co-director sister, Lily, deciding to opt out on revisiting the franchise.

Resurrections sees Thomas Anderson alive and well, once again questioning his reality as he lives his day to day life as a frustrated video game programmer. He’s rich and famous after creating a trilogy of games known as, you’ve guessed it… The Matrix. He’s questioning his sanity as the lines between his own life and his video game creation have become blurred, giving him disturbing ‘visions’. Enter Neil Patrick Harris as his therapist, keeping him medicated on ‘Blue Pills’ and gently, but menacingly, reassuring him that it’s all in his head. I won’t reveal exactly why Anderson has been reinserted into the Matrix as it’ll spoil things… however that’s an eyebrow raiser in itself.

As Anderson’s life begins to unravel, he is contacted (much like the first film) by a band of soldiers claiming to be from ‘the real world’ resistance against the machines. What follows is a curiously ‘meta’ journey, as the film flips its middle finger at reboots, remakes and its own film studio, Warner Brothers. Morpheus is also back (or I should say Morpheus 2.0?), this time played by Yahya Abdul-Mateen. They have fun with the part, but never come close to Laurence Fishburne’s original take on the character from the first 3 films (or is that the point maybe…again, remakes?) Also Jessica Henwick as ‘Bugs’, the leader of the team sent to free Neo, is fantastic and just about the only memorable new character.

For the first half of the film, you’re carried along by the humour, weirdly self aware references (Anderson literally has Matrix action figures on his desk) and a rather touching romance between Neo and Trinity (Carrie-Anne Moss), who is married with children and is also beginning to twig that all may not be as it seems. It’s not the Matrix film you came for, but for a while, that’s okay. Some of the ‘real world’ concepts are interesting, especially how the man/machine relationship has evolved since the the war in the third film.

By the second half however, things descend into a standard ‘sequel’. With bland action sequences and cinematography, this film seems more like a glossy TV pilot for a Matrix series (which may have actually been a better way to go). Unfortunately, it all adds up to it feeling… well… cheap. Gone are the well thought out martial arts scenes and iconic visuals of the original. This lighter, brighter Matrix, feels decidedly low stakes. Since seeing the film, I’ve read a lot of takes by people who feel either incredibly let down or feel the film has offered them something original. I can’t help but sit somewhere in the middle. It’d be wrong (and boring) to expect the same film we got 20 years ago… themes of identity and self image in Resurrections are especially relevant, given Lana Wachowski herself came out as trans in 2012. After earlier projects like, Speed Racer, Cloud Atlas and Netflix’s Sense 8… her directing style and approach to the themes she wants to convey have changed and evolved along with her.

In conclusion, I’d hoped this film would be as far from the original as possible (at least stylistically that is) and in that respect I got my wish. However for all its meta, self-referential oddities, the execution of the film itself left a lot to be desired. At its heart, the film is all about love, and Reeves and Moss to their credit seem to have way more chemistry than they ever did in the other films. However at times the film struggles to justify its own 2hr 28min run time and the recycled characters, action and questions may not be enough to justify repeat viewings. Those looking for a leather clad, bullet-time, action romp, will be disappointed. However those willing to look at this film as a bold romantic experiment in a time of mindless fan service blockbusters, may just find something new. Just like the red and blue pills offered up in these films… the choice is up to you. 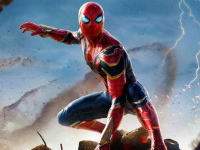 With the film managing to shatter all critical and fan expectations (and possibly box office records) Spider-Man: No Way Home, the 27th entry to the…read more →