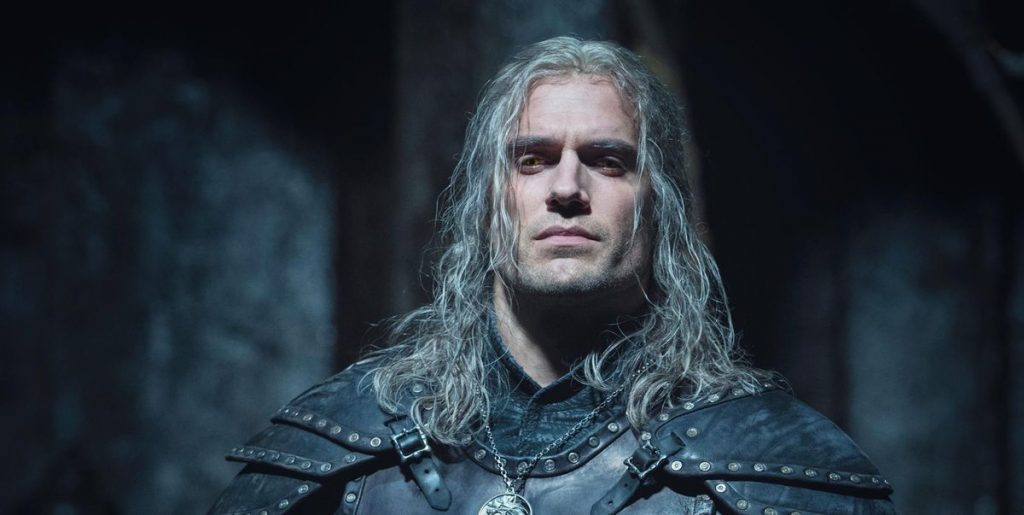 The Witcher on Netflix. The first season won nearly universal praise, but can the new series keep up the pace?

Firstly, they’ve done away with the confusing mixed up timeline system from the first season. Which is something sure to puzzle those without at least a passing familiarity with Andrejz Sapkowski’s (author) and CD Projekt Red’s (game studio) combined lore. The new season follows a linear progression from the end of season 1 – the Battle of Sodden Hill.

Geralt (Henry Cavill) has managed to find his ‘Child Surprise/Child of Destiny/Sort of spiritual daughter’, Ciri (Freya Allan), amidst the aftermath of the battle. Specifically, Yennefer’s (Anya Chalotra) spell – where she channelled the magic of fire, decimating the Nilfgaardian army and is presumed dead as nobody can find her body.

Although the timeline flows as one, we’re still given a set of storylines that happen separately, across ‘The Continent’ of The Witcher, in a manner similar to Game of Thrones. Geralt struggles with his (sort of) fatherhood (and the fact his daughter might be the most powerful magic user in the world). Yennefer goes in search of something she needs and Nilfgaard’s members, Fringilla Vigo (Mimi Ndiweni) and Cahir (Eamon Farren) do things around their own interests and the other characters, showing the empire’s omnipresence.

It needs to be noted that Henry Cavill is to Geralt of Rivia, what Tom Holland is to Spider-Man, in that they’re both made for the roles.

Cavill is not only in possession of the height and enviable physique of the continent’s greatest Witcher (mutants created to fight monsters, if you’re not familiar at this point). But he’s also an avid gamer and lover of the Witcher series. As such, he’s brought his own genuine passion and knowledge of the role of Geralt with him and truly lives the character.

However, the rest of the cast need no lifting up, as everyone acts the role they inhabit excellently. With nobody falling short in their scenes, meaning we laugh, worry, or sit on the edge of our seat exactly as needed.

Fan favourite Jaskier (Joey Batey) has also returned, replete with his lute and also provides some seriously unexpected fan service. The cheeky, charming bard strips off for a dip at one point and according to a few other viewers I’ve spoken to could ‘dethrone Colin Firth’ for his shirtless lake antics.

Combat is of course, gorgeously choreographed. Subtle ‘bullet time’ is used when the Witcher’s fight, showing their speed against mere humans. Whereas human-centric combat is kept messy and frantic as a fantastic contrast.

The series has received an unfortunate amount of review bombing from more…’ardent’ book fans… due to the way some characters have been written (or in some cases written out). However, this reviewer would happily state on his own hill that the series, much like the games, are a work of art in their own right.

Showrunner Lauren Schmidt Hissrich has taken on a world spawned by the novels, galvanised by an award-winning game trilogy (specifically third entry ‘The Wild Hunt) and now has to prove that she’s not just simply adapting it for the screen, but putting her own spin on it. Voleth Meir (Ania Marson) is a character created specifically for the show (albeit some inspiration seems to have been taken from Witcher 3’s Whispering Hillock). So Hissrich is able to use the books and games as inspiration for her own works, whilst not drastically altering at least the main character’s fates.

Besides, there weren’t such drastic complaints when she introduced a strange twist of fate for another character last season.

The show is easy to binge if you want a blanket and takeaway session and can also be watched (if you can resist) as infrequently as you like. For the best experience of this fantastic series (and the previous one if you’ve not watched it yet) get down to your local Richer Sounds store to sort out the best TV and sound system to do it justice.