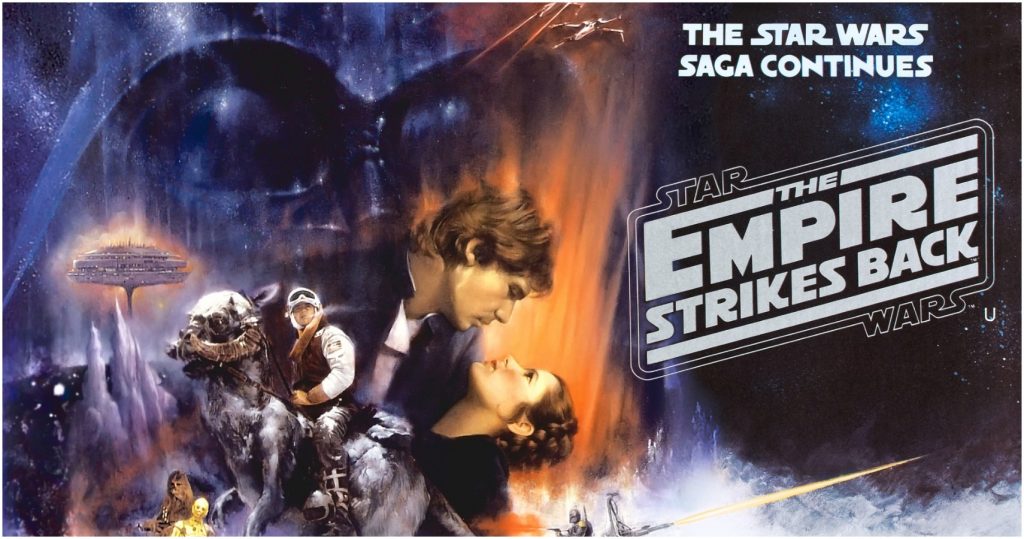 Where to even begin with The Empire Strikes Back, the fifth ‘episode’ in the now nine-part Star Wars saga. At release in 1980, it was met with an infamously mixed reception after the runaway success of the joyous and lively original Star Wars. Fans and critics’ anticipations weren’t quite set for what Empire would turn out to be: more complex, a little darker, and more visually diverse. Of course, this perception changed as the generation who grew up with the original trilogy matured and critics gave it another look, leading to a consensus that Empire is, in fact, the crown jewel of the Star Wars saga. Many still consider it to be the ultimate instalment today, even after 40 years’ worth of succeeding films, TV shows, books and video games. Going to the cinema for this anniversary rerelease, I was already hyped up for two novelties. Firstly, it was my first time seeing any of the Original Trilogy films on the big silver screen. Secondly, it is the first film I’ve seen in the cinema since lockdown. I knew I would adore the experience of watching Empire as much as I would the film itself. What I hadn’t given as much forethought was how enraptured I would be in a film I’ve seen countless times. There’s a reason that Empire is regarded as not only the best in the saga, but one of the best films of all time.

Unlike the original Star Wars, series creator George Lucas opted not to direct its sequels and entrusted his university mentor Irvin Kershner to direct Empire. The beauty of this choice is immediately apparent as the experience and prestige of Kershner’s directorial eye is felt throughout the entire film. Much of Star Wars’ appeal is the delightful blend of old and new, and Kershner balances the implementation of revolutionary special effects with an old-school knowledge of effective camerawork. Of course the special effects, set design, costumes and creatures are all stunning to this day; flawless in their idea and execution. But what Kershner does to frame these elements is nothing short of perfection. Even with a desensitised modern eye, Empire is a gorgeous and kinetic film, filled to the brim with an unrelenting energy that keeps the two hour runtime flying by. From the relentless opening assault on the ice planet Hoth, to the tense standoff between Luke and Darth Vader (James Earl Jones) in the film’s climax, Kershner holds nothing back in making Empire into a constant thrill.

Of course, I cannot simply gloss over that which is within Kershner’s absorbing frames. As I mentioned, Empire is filled to the brim with timeless visual marvels. Lucas, Kershner and company continue to expand the galaxy of Star Wars, taking the audience on a fraught journey through ice, swamp and sky. Dagobah, the planet in which Luke seeks Yoda, still doesn’t feel like a set but a real, tangible place. Yoda himself also continues to be a wonderful creation by Frank Oz and his team of master puppeteers, brought to life in ways that will remain ageless. The cloud city of Bespin is just as gorgeous as ever, realised with spectacular set design and matte work. I simply don’t have enough words to express just how phenomenal Empire is as a filmic experience, and I haven’t even arrived at John Williams’ score yet. In Empire, the maestro introduces us to the iconic ‘Imperial March’, perhaps one of the most famous pieces of music ever composed. But he doesn’t stop there. The thrilling music that accompanies the Millennium Falcon’s exhilarating chase through an asteroid field is epic; Yoda’s theme is heartfelt, inspiring and impossible for me to hear without drawing tears. For every one of these elements alone, I cannot recommend the experience of watching Empire in the cinema enough. It is transporting.

Holding each of these cinematic masterclasses together is Leigh Brackett, Lawrence Kasdan and Lucas’ script, a story with moments so renowned that I would need a whole other review to discuss its greatest moments. Every element of the original film is expanded upon, its characters’ relationships and conflicts developed beautifully. The cast relish the new material, in particular Mark Hamill, who takes Luke from a young farmhand to an emotionally and physically strained man determined to grow, learn and succeed. The closing scene between Luke and Vader, in which all of our hero’s faith and effort is slashed with one brutal reveal, will remain a moment as emotionally gut wrenching as it is iconic. And yet, Empire still manages to also be funnier and more romantic than its predecessor, with the banter between Han and Leia wonderfully flirting between humour and heart. If there was to be any criticism, I can see why some don’t enjoy the film’s narrative due to its ‘middle chapter syndrome’, a critique held by many at its release and still felt by some today. There are also some times when the dialogue can be a little ropey, and the actors struggle to deliver it, but by now, has that not also aged rather fondly as a Star Wars trope? I can certainly enjoy it that way!

Star Wars: The Empire Strikes Back is a cinematic masterpiece, and as such a big screen re-release is innately perfect for it. Its story, production design, direction and music are all among some of the best cinema has to offer, and it made me want to watch the next instalment (another film I’ve seen more times than I can count) immediately after it ended, which is a testament to how well Empire works. It truly is the brightest star in the franchise’s now vast galaxy, and of course it gets my highest possible recommendation.

One final note I have to make is that this re-release is not the original cut of the film, but instead the ‘Special Edition’ cut from the 2011 Blu-Ray. I can already hear the collective groan from fans. Thankfully, Empire was scorched the least by the Special Edition changes made to the trilogy, with only a few noticeable differences. The list of changes can be found online, but save from a few clear alterations the film is mostly untouched, and nowhere near as egregious as the changes found in A New Hope and Return of the Jedi. Maybe one day the original print will be released in cinemas, but this definitely still impresses for now!