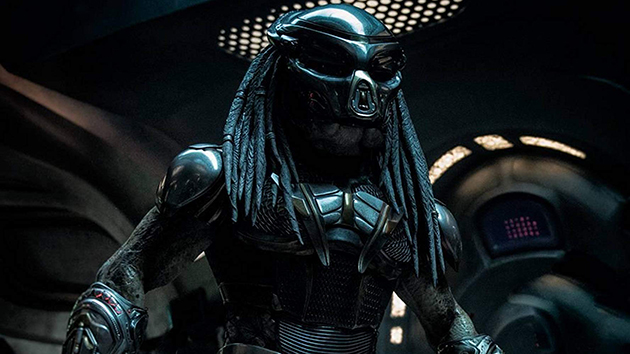 A cult classic is back, but how does it measure up to the original? Read on to find out our thoughts on The Predator…

Growing up in the 80’s, it’s difficult for me not to have a soft spot for such cult classics as 1987’s Predator. The very quotable film spawned two sequels and a pair of crossover films with the Alien franchise as well – though all underwhelmed when it came to matching the tension and action of the first film. Original screenwriter and supporting actor from the original, Shane Black is the director charged with bringing this latest offering to the big screen with Logan’s Boyd Holbrook as the US Army Ranger racing to the stop the Predator from finding the Ranger’s autistic son who is possession of its alien technology. Olivia Munn co-stars as a scientist caught in the middle and Sterling K. Brown is the ruthless leader of “Project Stargazer”, a government agency that, in the wake of the events of the previous films, are studying Predators only to find out that they contain some human DNA.

Where the original Predator film (and indeed the Alien films) did well was with the tension that was built up from being in the middle of nowhere (almost literally, in the case of Alien and Aliens) with no one to call on for help. It created a cat-and-mouse feel that was all the more scary for knowing that grizzly battle wasn’t only inevitable but seemingly brutal and unwinnable. Where can this new instalment take things and can they rekindle that magic?

Whilst The Predator attempts to keep the action fast and flowing, it doesn’t really stop for much in the way of plot or character development. Miscellaneous henchmen are killed off here, there and everywhere with gore aplenty and there’s plenty of opportunity for the good guys to luckily duck behind cover during the fight. All the main characters get a few snappy one-liners but save a few that riff on some of the original flim’s dialogue, it’s a fairly run-of-the-mill, clichéd script that does nothing to improve the general muddle of the tone. 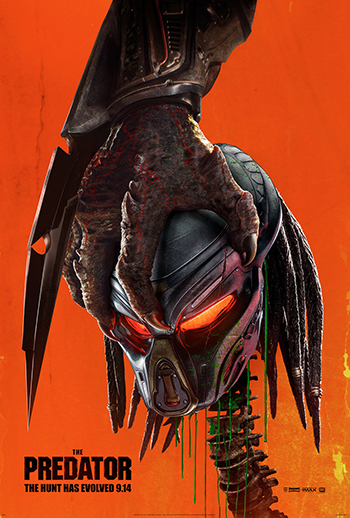 Holbrook is fairly likeable as the film’s lead but certain plot lines (Predator dogs again for crying out loud!) and character decisions render the storyline somewhat silly rather than needing just the usual suspension of disbelief that Sci-Fi requires. A lot of the characters’ conclusions on the Predators themselves seem based on little in the way of logic or research, reaffirming the need for some plot development instead of going from one action scene to another. All this means that although they try adding to the mystery and psyche of the alien lore, there’s no time to really delve into what that means. The arrival of another, much larger and seemingly enhanced Predator certainly adds something into the mix but it feels like the idea isn’t really explored well enough from an audience point of view.  If a sequel does happen, some backstory on the Predator’s attempts of DNA splicing fitted into the story arc will be much appreciated.

At the end of the day, no one was expecting a film that was going to sweep all other contenders aside whilst on its way to an unprecedented number of Oscars, but the franchise deserves a little more than this. Things are set up very obviously for a sequel but whether that ends up happening remains to be seen. For the time being, if The Predator pops up on your Netflix or Amazon Prime video feed you may very well spend a couple of hours on it but don’t expect any satisfaction or payback for your time.