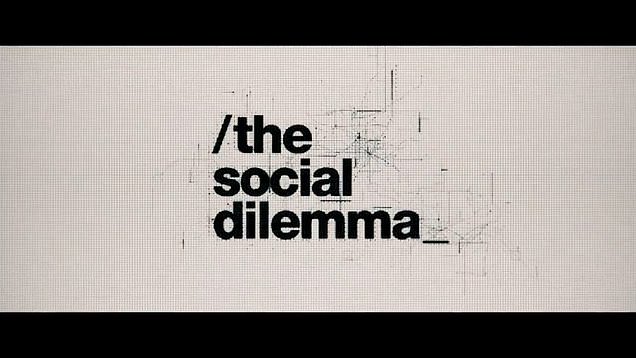 Part documentary, part drama, The Social Dilemma explores the impact of social media technology on the lives and minds of people everywhere.

If you have even a passing interest in the strange, technologically entwined world that we live in, you should absolutely watch The Social Dilemma. Though the extent to which you learn anything new will vary, the core success of this docudrama is its ability to integrate many concerning elements of modern technology into an affecting whole. It discusses the ways in which we (the social media and internet-using public) are being constantly mined for data, our selves sold off to the advertisers who are the true customers of companies like Google, Facebook and Twitter. It also looks at how wilfully those apps will tailor content to our detriment, purely because it makes money, and show us things repeatedly that can warp the truth. It is presented in a dual format, intercutting between interviews and scripted dramatization to create a curious film hybrid.

The interviews are interesting. Conducted with many former leaders in the technology sphere, such as ex-Google design ethicist Tristan Harris and Facebook ‘like button’ co-creator Justin Rosenstein, there’s a disturbing element in hearing many of those responsible for these companies’ practices speaking of their gross faults. Your mileage on the dramatization element, however, may vary. Chronicling a teenager’s (Skyler Gisondo) addiction to social media and gradual political radicalisation, it is immediately quite jarring upon first watch. After an intro that uses the drama of real-world people highlighting the truth of tech panic, the dramatization side comes off as corny, overly scripted and tonally strange. Familiar scenes of a family who are addicted to devices and can’t communicate with each other are abundant, but it’s an added sci-fi element of three manipulative AI (all played by Vincent Kartheiser) behind the teenager’s phone that is most peculiar. The point that director Jeff Orlowski is making with them is understandable, at times quite clever, but the snide dramatics and humour are at odds with the reality of the situation. Over the course of the film these scenes do form into a decent whole, but there’s a cheesiness inherent to this relatively good idea that it can’t fully shake off.

That said though, I can see this combination of real-life interviews and relatable drama to work incredibly effectively for some, which is why I would still recommend The Social Dilemma wholeheartedly. There are many quotes in the film that are immediately arresting – “if you aren’t paying for the product, then you are the product” – which are primed to send the ‘aha!’ corner of your brain racing. When it’s not talking with the former employees of Facebook, Google, YouTube or LinkedIn, it takes the time to interview other key members of anti-social media movements and cultural scholars, who each have fascinating insights on why they believe what they do. Though the majority of the film focuses on the disturbing truth of it all, they do make efforts to highlight how things can be improved, how the internet and technology can be used to better our lives, and not be used as a wilfully destructive tool for profit.

It is strange writing this review, which will be posted on Facebook and Twitter in the hopes that those sites will get us a few clicks. Their integration in our lives feels unavoidable. As someone born right on the line between Millennial and Gen Z, I am one of the last of the younger generation to remember what the world was like before everything changed. It is an ever-present, distinct part of my memory, the moment when the smartphone changed the world. I can remember how different life was without a small, dopamine-shooting screen always by my side. The desktop PC still gave us the internet, with the then-big social sites MSN and Bebo, for example – social media was brewing. But the smartphone changed my high school, it changed its students, and I can remember it happening vividly, at the time excitingly. I remember the first time my dad downloaded an app for his new iPhone 3GS, and it asked him for permission to his “location” and “identity”. I remember how scary and confusing that was then, but how often I give that permission to apps now. It’s something I’m astutely aware of, yet it’s nothing short of deliberate ignorance on mine and many others parts, today.

Yet, without the internet, I wouldn’t be able to write reviews like this. When I was a kid, the only way I’d be able to do this was on my own, or for a big media outlet if I was lucky enough to work there. The internet and social media have connected me to so many amazing ideas and creations; more recently it has allowed me to stay in contact with family during the pandemic. While the documentary does acknowledge these positives, it also discusses how my generation and those younger have faced increased anxiety, depression, isolation and hopelessness, and how it correlates with the rise of social media. What it doesn’t fully explore, though, is how everything else has contributed to that Millennial and Gen Z mental struggle. The hollowed job market, the increased student fees, the dire state of housing, the now second recession in our short lives… all contribute to an overwhelming feeling of doubt, fear and helplessness. Social media is certainly a part of this generation’s melancholy, but it is not the sole cause.

Perhaps there are just too many social dilemmas in 2020 for The Social Dilemma to be able to cover. Regardless, what it chooses to cover is as fascinating as it is horrifying, and if it can inspire even a modicum of change in any way, despite my reservations, then it certainly earns my approval. 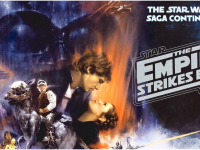 Three years after destroying the Death Star, the Rebel Alliance is drawn out of hiding by a vengeful Galactic Empire, sending our heroes Han Solo…read more →