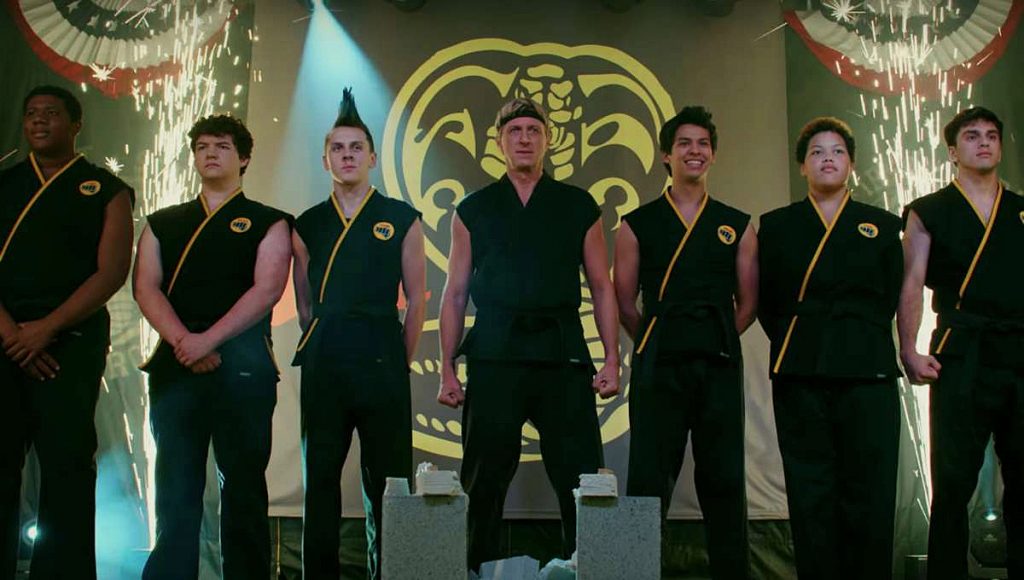 Set 30 years after the events of 80s cult classic ‘The Karate Kid’, Cobra Kai takes us back to the All Valley area and reunites us with the characters we know and love.

Repacking nostalgia and selling it back to us has become fairly commonplace these days but so many beloved 80s properties are re-worked by people who couldn’t care less about the original premise and have little to no understanding of why these properties worked in the first place, Michael Bay I’m looking at you!

It was with some trepidation then that the Karate Kid sequel series Cobra Kai was met, would this be just another cynical cash grab, or could the team deliver something that was in spirit of the original films and offer something new at the same time?

Thankfully, Cobra Kai is very much the latter. The original creative team is back on board and with them comes the original cast, this time round though the action focuses on the story of Johnny Lawrence (William Zabka) and the original Karate Kid, Daniel Larusso (Ralph Macchio) initially at least takes more of a back seat. It’s a brilliant twist to the premise and fleshing out Johnny as a character (not just a one note villain) immediately hooks you into the show.

It’s not all about the old guard though, we are quickly introduced to an entertaining and endearing new cast of teenage characters, who bring their own trials, tribulations and of course karate rivalries to the table. The young cast are great and really add some energy to the series.

Cobra Kai doesn’t just get the casting right though, the tone is absolutely spot on, it captures the mood of the original films perfectly and never takes itself too seriously, the dialogue is snappy and the show is often laugh out loud funny. In fact, the characters are so well put together that it’s impossible not to root for all of them. No matter what mistakes they make or illegal blows they land, you’ll care about each and every one of them and that is an incredible accomplishment that is testament to some superb writing.

There’s also some karate thrown in for good measure and as with the rest of this awesome show, it unsurprisingly doesn’t disappoint. The first season finale is great, but nothing will prepare you for the brawl that closes out the second season, its one the most exciting on-screen fights this side of Banshee, Pennsylvania.

When you throw in a 30 minute running time per episode, Cobra Kai is a show that knows exactly how to please its audience. It is so well put together that even if you haven’t seen the original film, you should seek this out at once!