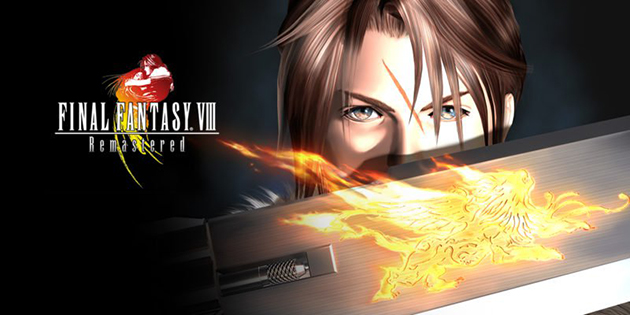 A divisive RPG makes a comeback.

Would it be an over exaggeration to tell you that I was more excited for the Remaster of a 20 year old game then I was over any upcoming 2019 release? Of course it wouldn’t, I’m the one writing down my own thoughts how could I overexaggerate that!?

I have a weird relationship with FF8 (FFVIII to fans of Roman numerals), being that it’s the only original PlayStation Final Fantasy game that I never completed as a kid, and yet it’s the one that over the years I’ve probably played more than any other Final Fantasy game in existence. Considering at this point in my life I’ve completed FF7 and FF9 maybe 6 times apiece you can see just how long I’ve spent playing the eighth iteration over my life! Obviously then, I’m the perfect person to tell exactly why the Final Fantasy 8 Remaster is both the greatest–and most annoying game–I’ve played in a while. Actually ‘most annoying’ might be a bit extreme, but there’s definitely some inconsistencies that make playing it a little odd.

Firstly though let’s talk briefly about what FF8 is. It’s a turn based JRPG (Japanese Role-Playing Game) originally released in 1999 that focuses on a group of mercenaries, led by Squall Leonheart, and how they end up in a fight to save the entire world….so normal JRPG stuff then. At the time it was a massive departure from the previous iterations (including Final Fantasy 7) changing key elements such as how magic was cast, defined job systems and how you earned money. Because of this FF8 is often overlooked in favour of more traditional entries in the series. 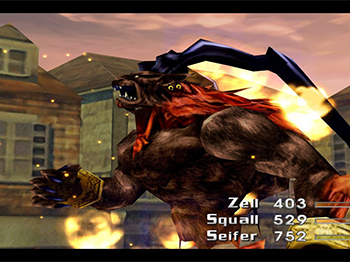 In my opinion, the game was destined to get this kind of dismissive response as it followed on from Final Fantasy 7, the game that started practically every western gamer’s descent into JRPGs. So when FF8 came out and wasn’t just different, but was pretty much the opposite of what came before, people lost their collective minds and FF8 has always been labelled the failure of the series; especially when FF9 went straight back to the conventions that everyone expected it to.

For me though this departure is the allure of the game. Anyone can make a sequel that follows on from the last, but instead they decided to go a completely different direction at a time when JRPGs and Final Fantasty in particular were at their hottest. They took the idea of magic and made it into a useable item. They took summons and made them into multi-use abilities during battles. They removed the class system and instead replaced it with the system of being able to physically link Demigods and magic to your physical being. Finally and most importantly, they gave you a story that’s so far away from the typical conventions of Fantasy that you could set it in Scunthorpe and it would still work. That isn’t to say that it doesn’t have elements of the series but it does take a while before all the insanity you’d expect comes into play, and even then it’s more grounded and muted than any other entry in the series.

Now we’ve spoken about what the game is; let’s look at what the remaster is. Essentially, it is new character models remapped to look better on bigger higher definition TVs. Unfortunately this doesn’t apply to the backgrounds which still use the original static images, and wow, what an awful decision that was. The characters stand out like badly drawn Kingdom Hearts models while the background looks like you’re actually playing an original PlayStation. Add onto this the fact that certain NPCs are classified as backgrounds and you get whole sections of areas full of blurry blobs representing interactive conversations. On top of this they still have the original FMVs in place where character models look completely different to the revamped in game models, of course this is how it worked in the original 20 years ago but now it’s just so much more obvious. At least they’ve redone all the cards in triple triad though. 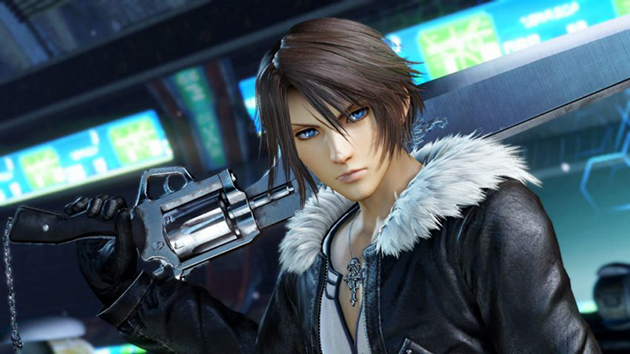 Negatives aside, the remaster also adds the ability to turn off random encounters, to speed the game up x3 and to get battle assistant if you hate the turn-based fighting. You also won’t have to swap through 4 discs as you did with the original, which is nice.

I have played this game for so long now that in writing this review I’m not even sure how I would rate it. All of the negatives are outweighed by the fact that Final Fantasy 8 is now accessible to everyone for the first time without the need for emulators or original PlayStations. But then at the same time why didn’t they just remaster everything backgrounds included! Conflicted opinions aside, the fact that I can now play a part of my childhood on PS4 and also have millions of other people I can talk to about years of discoveries is something that I can’t imagine being able to experience with any other game.

Actually, I know exactly how I’d rate it…