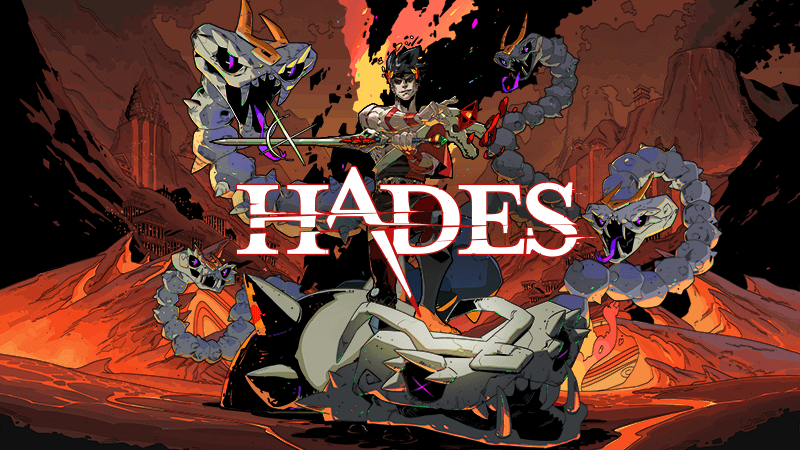 A rougelike game that takes even more pleasure in permadeath than usual.

Meet the beautifully visualised underworld and its family, friends and co-workers. Full of intrigue, drama and in fighting it’s no wonder Zagreus wants to run away from home. Striving to end the eternal struggle and cycle of death, not something easy to do given the family trade. Fighting your way through the many levels of hell, it is business as usual to return covered in blood. These trips home become fundamental to the story and even your eventual success, giving you time to unlock aids and plot your future attempts. The pace through the chambers of hell is whiplash fast, you set out kicking doors and taking names, right until you meet your match. Each new champion of hell brings their own jibes and personality to the fight, always remembering what happened last time to take a cheap dig at you. The inevitable rematch after rematch builds quite the rapport with each character, you even run into them in the bar back home, around for further mirth at your recent failure.

Dungeon crawlers and rougelike games are not something I experiment much with. Having limited time these days, committing to endless gameplay loops usually sees me in the more social environment of Apex Legends with friends. Hades has definitely changed that for me, it has a charm and challenge that beckons to me. The last time I had the drive to really want to complete something for a sense of achievement and love of the game, it was Peggle 2 and it claimed almost two years of my life completing every challenge.

The combat and the level design have a great deal of personality. Take for example my favourite weapon the Spear of Hades, a simple offensive weapon on the face of things. However, using a bit of guile and clever perk choices, its recall becomes a deadly backstab. Learning the moves, the timing and how to navigate the traps and chambers effectively makes knowledge the greatest weapon of all. Sure, each run you get slightly more buffs to help skill creep you forward, but never enough that you can’t still fall at the first hurdle if you are not careful. Think original Mario in a much more adult context with a hell of a lot more flair. Just as Mario has its iconic soundtrack that will now echo in your head, Hades has a rock theme that perfectly supplements the action. That may well be death and destruction but it gives it a fun, fast paced tone, without getting too dark and serious. Ironically no death metal yet but perhaps that’s for future bosses.

Running at a crisp 4K at 60Fps on the Xbox Series X the graphics are a sublime backdrop to a pin sharp fighting game. There has not been a single glitch, hiccup or clunky piece of design. I have not yet wished for a missing feature, and constantly discover something new to pique my interest. Hades has won just about every award under the sun, from best music to best game, so perhaps I should have started it with higher expectations. This is a masterpiece in game design and should definitely be on your horizon.