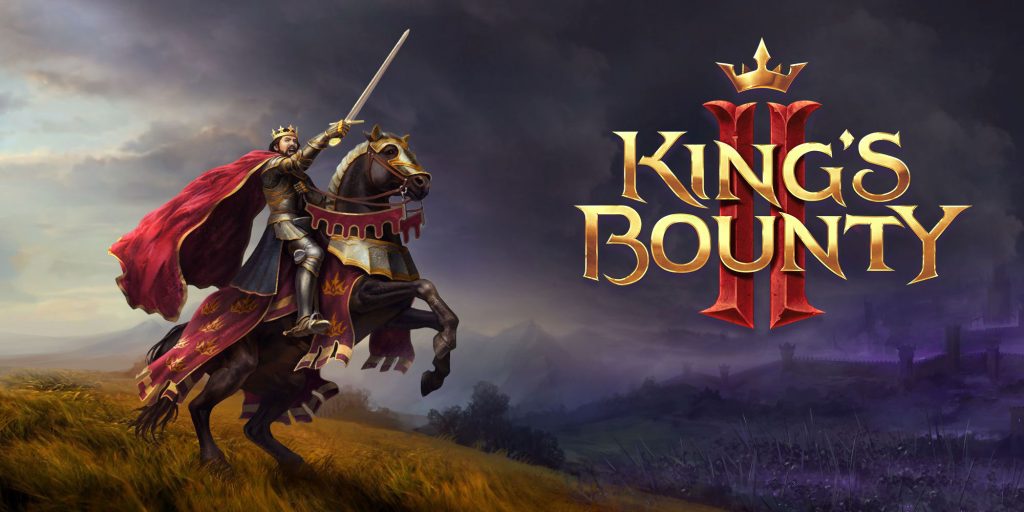 Having spent what I’m sure is a terrifying number of hours into turn-based strategy games in my gaming life, specifically Medieval II: Total War and the Rome counterpart, this reviewer is always keen to find something that can measure up to these lofty peaks of strategy gaming.

Having a pedigree dating back to the 1990’s, the King’s Bounty series has undergone several iterations across older gaming systems. However, as with the vast majority of strategy games, it sat comfortably on PC for most of its life.

However, with no gaming PC, and no real desire to start building or buying one, I was excited to see this finally arrive and ready to be played on the Playstation (or if you don’t have one, Switch, Xbox and of course still PC).

And so in we go, choosing one of three hero types, you enter the world of Nostria – a land of evil, good, some grey between and a system loaded with political backstabbing and intrigue that feels like it’s trying to channel Game of Thrones – with an adequate measure of success.

Your job – stop the evil necromancers! Jobs a good’un.

Widely regarded as a precursor to the massive, almost genre-defining Heroes of Might and Magic system of play, King’s Bounty games have predominantly been a top-down view of the world. But, having made the transition to console gaming as well as still retaining a PC system, the game camera has been brought down into an over-the-shoulder view – typical of the RPG style the game tries to weave into its predominantly strategic gameplay style.

Whilst this has its benefits – it’s not without shortcomings in equal measure. Whilst the world feels closer and you feel more involved in everything, from buying resources to combat, it also means you’re that much closer to some dated graphics in the faces and feeling more let down by aspects such as some fairly inconsistent voice acting.

When you’re simply looking down on it all, overseeing the world, this feels more forgivable. I still manage to play PC games from the 1990s with a top-down view and some seriously ropey dialogue without thinking about it too much. But plunge me into the visible pixels and shading reminiscent of an Xbox 360 processor, and it suddenly becomes less appealing.

With the open-world system being effectively an industry standard now, it means you’re constantly comparing King’s Bounty to other games – visually if nothing else. This leaves you with thoughts like: ‘That snowy peak looked better in Skyrim’ or ‘Characters moved more naturally in Dragon Age’.

With that said, there are some positive parallels you can draw between King’s Bounty and the likes of Dragon Age. The worlds are both massive – but sectioned off into manageable pieces to enjoy and familiarise yourself with before it gets too sprawling too fast.

There are also very accessible RPG elements for kingdom and character development as well as feeling that generally, your choices matter to a point. The system is still a bit binary, but escapes a simple Good/Bad dichotomy by having choices locked to certain character paths and builds.

One thing that is more than welcome in the game however, is lore-building. As opposed to reading EVERY. SINGLE. SCROLL in the game, the exposition is weaved more naturally into the narrative, as opposed to making you pick up old books and beating yourself with them until you know more about Nostria?

Is it a ground-breaking story with rich lore and deep subtext like some aspects of Bioware games and the Witcher? No. It’s fairly paint-by-numbers as fantasy goes, but it works fine here – and it’s a nice touch that the story is relatively non-linear.

Combat however, is where everything suddenly changes. Hexes appear, people take turns, and everything from placement and terrain matter as much as player class and magical abilities. You also act as a general, commanding troops as opposed to older Final Fantasy style or other JRPG turn-based systems where it can feel a bit ‘ride or die’ with one character as the others make their own, usually poor, action choices.

This doesn’t usually translate too well to console. The system can be ungainly and wooden – and although it does feel a little sticky – I doubt it’s any worse than on the PC version, which is something.

The game is enjoyable overall – it’s accessible enough that you can dip in and out of it, and doesn’t feel like a grind or time-sink. It’s not challenging, ground-breaking or even a little bit innovative, but sometimes there’s little point re-inventing the wheel.