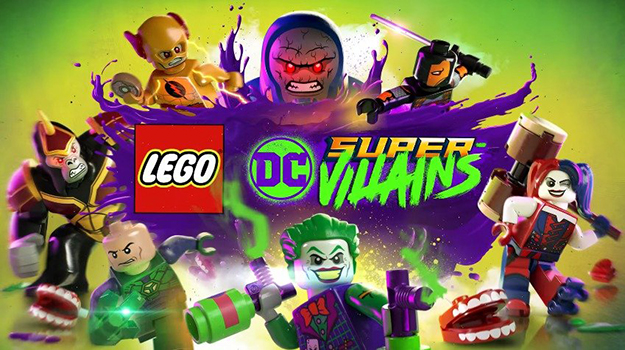 I think it’s safe to say that there have been more LEGO videogames than any other series on the market. It’s also safe to say that I’ve played way more of these games than any adult really should have… but they’re fun so what can I say? At the same time, though, vast numbers don’t often mean quality, so it’s time to delve into LEGO DC Super-Villains and see if this entry to the series is still worth a go…

So let’s first start by addressing the elephant in the room, and this is more a personal point than anything: the fact that LEGO games with voice acting are inherently worse than LEGO games without it. I honestly can’t tell you how long I spent on the original Indiana Jones and Batman LEGO games back in the old Xbox 360 days, but it was long enough for me to get literally every piece that existed. Because of that I can safely say that I’m an expert when it comes to LEGO-based comedy.

The lack of voice in the older LEGO games meant they had to create more visual gags, whilst simultaneously recreating well-known stories with little more than digital plastic pieces and the player’s imagination.

The newer LEGO games, on the other hand, go all out with voice acting to a near-annoying degree, and whilst the voice acting may be stellar, it lacks the kind of nuanced performance Traveller’s Tales could get out of seemingly lifeless moulded bricks.

“But you shouldn’t judge it so harshly it’s a kid’s game!” – I hear you shout as I try to figure out which character can break the illusive ‘Silver Thing’, and yes it may be a kid’s game, but if that’s the case then shouldn’t we be enriching their minds with games that harken back to the glory days of silent film, when Buster Keaton and Laurel and Hardy used a minimalist medium to change cinema. On top of that adults like LEGO as well and I’d probably say that building LEGO is one of the things that traverses all ages, being accessible to anyone. 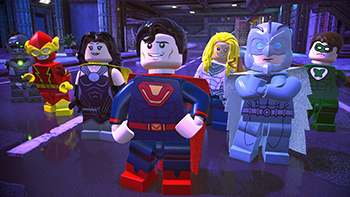 Of course this isn’t a thesis of LEGO games, so let’s talk about the game itself. It’s pretty good, not great or anything, but when was the last time a LEGO game was great? The story is pretty decent putting you in the shoes of a customisable hero and teaming you up with multiple Super-Villains as you work your way through a story based around the disappearance of the Justice League and the appearance of the Justice Syndicate, a team who will be all too familiar to any DC comic fans. Like I said, it’s pretty decent but like all LEGO games it makes you wonder what could actually be if it was a game in the style of Rocksteady’s Arkham games.

And that’s always the issue with LEGO games – we live in a period where we can make amazing games accessible to all and we’re still using these plastic blocks to tell some of the most interesting stories in existence and it’s starting to get really repetitive.

If I were you I’d probably give LEGO DC Super-Villains a miss unless you’re a parent and you want a solid co-op game you can play with a younger child, or you’re a serious LEGO or DC fan who needs a quick fix.