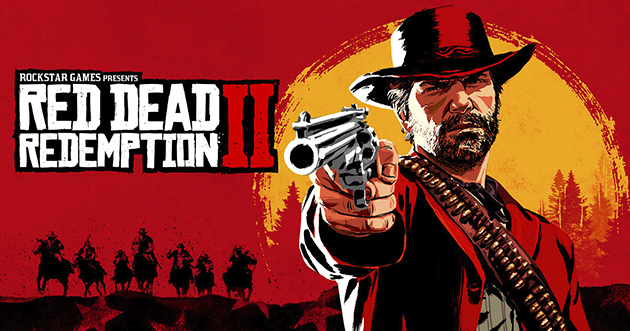 Let me start by saying that this review will probably be one of my most celebratory of any reviews, and will at times reach borderline levels of compliment overload, that only the likes of Grandmas from Dudley have been known to dish out. So with that in mind, let’s look at possibly the greatest game ever made – Red Dead Redemption 2...

And by gum when I typed that statement I felt the will of a thousand cowboys rushing into my fingertips, because RDR2 isn’t just one of the greatest games I’ve played in a long time, but it stands tall with other western classics. Granted we could sit here for days trying to figure out if it’s better than classics like For a Few Dollars More or A Fistful of Dollars and whilst those films transported me to the Old West and made me feel like I was part of the scenery, Sergio Leone’s classics never made me feel like I was at the forefront of the story. 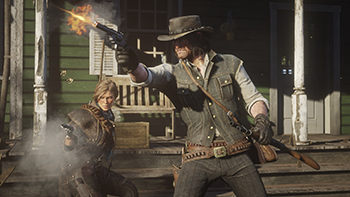 Of course these are different mediums, but being given the reigns of the prototypical protagonist Arthur Morgan in an enormous turn of the century western world full of mountains, wilderness, swamps and towns and then letting me ride rough, shot over this world essentially becoming whichever cowboy I want to be is so perfect that sometimes I forget I’m playing a game and just spend hours wondering around the amazingly detailed landscapes making my own stories as I go along.

Now the creating of your own story is, in my opinion, the greatest feature that any game can achieve but at the same time without an underlying narrative to draw you into the world, you’re left looking at an empty husk where you just lark about. Of course with this being a Rockstar game the storyline is absolutely stellar, with as many twists and turns as an AMC TV show or a Laguna Seca racetrack. I’m not going to tell you about the story, because you should really experience it with no prior knowledge but just know that it’s a compelling and rich tapestry that has kept me hooked for hours and hours.

You know what else makes a great game? Gameplay of course, pard’ner, and RDR2 has literally no shortage of gameplay. I’m pretty sure that if you dissected the individual sections of the game, you would still have around twenty more near-perfect games. Again without spoiling the surprise of finding a new activity that you never would have thought you could do let’s just call it a “Cowboy Simulator” and be done with it. What’s a cowboy simulator you ask? Well, just think of anything you’ve ever seen in a western and you can be pretty certain it’s going to make an appearance in the game. I’ll give you one example, though, to wet your beak and that’s the abundance of trains for you to shanghai, and I don’t just mean steal a few things – I mean steal everything the train has to offer, rob every single person on the train, eviscerate every guard that sees you and then if you really feel like it, steal the entire train and make you merry way across the railroads of America robbing and pillaging every town that happens to be unfortunate enough to be on your journey.