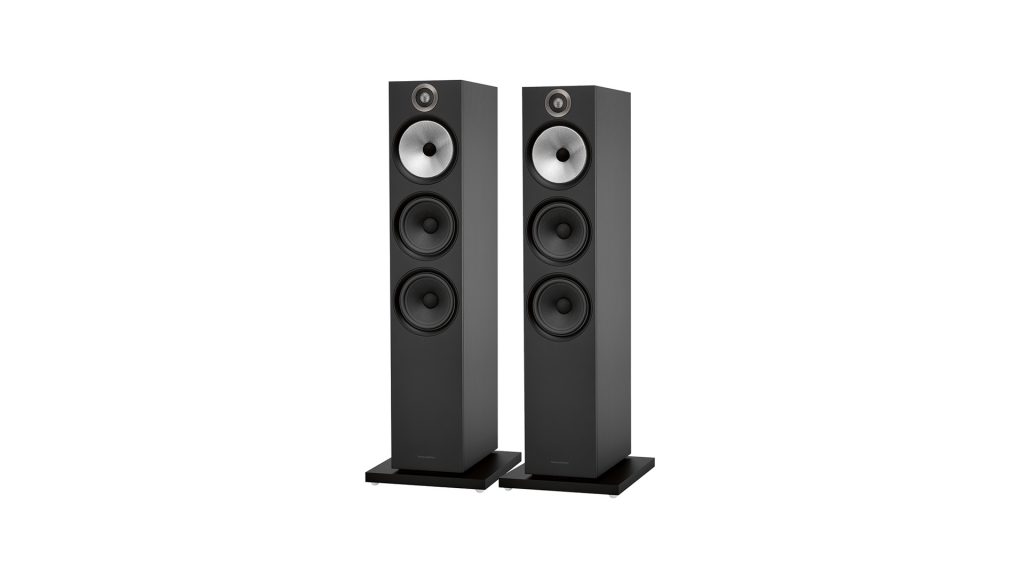 In much the same way that the big-screen thrill of a projector can give a more exciting experience than an average sized TV, so it is with floorstanding speakers versus their standmount counterparts.

The audio sense of more air being moved around by the extra drivers and bigger cabinets brings our excitement up a notch every time, which is why we always look forward to trying out new floorstanders when they come into the shop. Such a pair of speakers this time round is the Bowers & Wilkins 603 and their reputation precedes them with 5 star reviews from What HiFi and HiFi News.

Like the 606 standmounts that we’ve already checked out, the 603 feature the “Decoupled Double Dome” tweeter and the beautiful silver coloured “Continuum” cone 6.5 inch midrange driver but make the addition of two new paper bass woofers lower down. Unlike the majority of floorstanders available that use little “feet” splayed out from the bottom of the speaker, the 603 utilises a wide and flat baseplate making the speakers very stable indeed. This, coupled with the rear port, means that you may need a little extra space than perhaps you’d envisage when placing them in your room. At 105.5cm high with the plinth attached these are nicely sized floorstanders – not so small as to not get a reasonable weighty sound but not so big that they’ll look like an eyesore in your house.

We decided to hook up the 603 to a Cambridge Audio CXA81 amplifier with a constant Internet Radio stream from a matching Cambridge Audio CXN to run the speakers in, we were then ready to move the system into our demo room and find out exactly what they were capable of. The first track was “ZABA” by Glass Animals courtesy of our account with Tidal and once the intro kicks in we’re treated to a thick but controlled bass rhythm that’s soon joined by the many layers and effects. All together this gives us a wonderful sense of scale whilst maintaining the focus and clarity of the busy recording. It’s when the main chorus kicks in after a teasing build up though that you really get an idea of how much power the 603 can deliver but all the while keeping a strong grip on the energy of the tune. 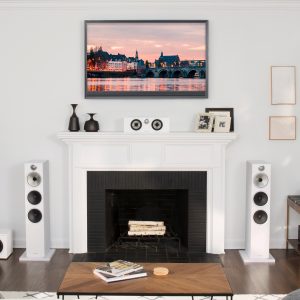 The Bowers & Wilkins 603 speakers come in black and white.

Next up is Bonobo and his latest single “Linked” and what’s really striking is how well the 603 manage to separate out the various rhythm and percussion loops whilst maintaining their attack and without it becoming a mess in the midrange. The icy-cool treble also plays its part, adding sharpness and plenty of zip to leading notes without things becoming too harsh, but above all it’s the control the 603 demonstrates which is so fantastic. The solid bass is still there but as with before it’s well tamed to complement and support what’s going on higher up.

Slowing things down a touch we select “You’ll Follow Me Down” by Skunk Anansie to see what the 603 make of the softer side of the 90s rockers. The talented vocals of frontwoman Skin are portrayed in all their tender glory, sitting above the swelling strings and stripped back guitar. It really shows off the 603 and their prowess for midrange frequencies but also how well they maintain realism and emotion. The room sound of the other instruments, such as when the strings are softly plucked, all sound suitable organic and rich too.

As with the 606 and 607 standmounts, the 603 make no bones about being relatively plain and undramatic as far as aesthetics go. The finish of either a matte white or black is fairly standard and those looking for anything other than oblong cabinets will be left wanting. However, the edging is finished well and doesn’t detract from the speaker’s sonic appeal and that’s the main thing really.

Although there’s plenty of competition from other brands at this price point these B&Ws should really be given the chance to show off if you’re looking at splashing out on a new pair of noise-makers so make sure they’re on your list when you come in for a demo. 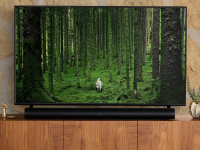 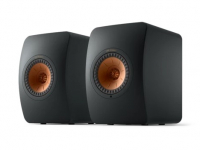