2016 has seen these guys produce some incredible sets which I could talk about all day. But for now, I’m here to review the 65M7000. A huge 65″ 4K HDR Smart television for a lot less than its rivals. Interesting…

Draped shamelessly all over the box are the letters ULED, which is not a reinvention of OLED – don’t panic, you haven’t missed a sudden jump in technology. It’s actually an LED screen with some minor improvements to allow for local dimming.

The M7000 is fully HDR compatible through Netflix and Blu-ray, and also features HEVC decoding, meaning no streaming issues will arise.

The Smart screen is refreshingly simple. It lacks the fluidity of, say, the Panasonic or the LG televisions, and is a darn sight easier to use than the Samsung, but it still has everything you need, including BBC iPlayer, Netflix and Amazon for all of your wonderful 4K streaming. There is also a web browser, which unfortunately is an absolute chore to use, so be warned; I wouldn’t go throwing away your laptop just yet. The set also features YouTube, for those days when it’s raining and only videos of kittens will cheer you up.

At the price point, the Hisense 65M7000 looks to be one of the best value televisions available (with plenty of key features to boot) – it really does look like a no-brainer. On the other hand, you could drop down a few sizes and have a look at the Samsung 49KS7000, as size isn’t everything at the end of the day… Personally, however, I’m sold, and if they keep churning out quality large screen sets like this I’m pretty confident my next television may be a Hisense.

Still unsure? Why not pop into your local Richer Sounds store and ask us for a demo today!

With our AV needs becoming more aligned with wireless capabilities, we find that customers are increasingly interested in taking advantage of this with headphones in…read more →

There's a good chance that if you're on a Tech Blog based around audio visual products you are probably interested in sound. But what if…read more → 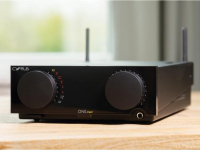