As the built-in sound quality in televisions seem to get poorer due to screens getting slimmer by the day, there is a constant influx of products being made available to combat every sound issue you might have. You could opt for anything from a traditional 5.1 surround system, a soundbar, powered speakers or an increasingly popular option: a sound base. Let’s take a look at the M2 soundbase from the British audio giant Q Acoustics.

Building on the massive success of the M4 and M3 soundbars, we now have the M2 soundbase. If it’s even half as good as their award winning soundbars then we are in for a real treat.

As seems to be the norm with Q Acoustics equipment, I’m expecting the M2 to be robust and built to take a beating. And that’s exactly what I got when I opened the box. It’s a very traditional looking soundbase that looks as though it’s here to do a job. There’s no frills and fancy touches to the cabinet or the front speaker grill. It feels likes it’s here to do one thing, produce the best sound possible from its 550 x 338 x 93mm cabinet.

As has become the norm with any kind of home cinema equipment there’s a standard optical connection which most people are going to use with their TV. There is an additional HDMI ARC (audio return channel) which enables you to use a HDMI connection to your ARC enabled TV for added integration. Alongside this is your

normal 3.5mm and RCA inputs. You’ll also see a USB connection but sadly that’s only for service and updates. Still, with additional wireless Bluetooth and NFC (near-field communication), you’ll have little trouble connecting anything you desire to the M2. Oh, and you can pair it with your TV remote control so you don’t have to worry about picking up a different remote control every time you need to change the volume.

So there’s plenty of sources to hook up to the M2 but now it’s time to see what this sound base can do….

Using an impressive 80w amplifier and 58mm BMR (balanced mode radiator) that uses Wide Dispersion Sound Technology, I’m expecting big things… which is exactly what I got. It fills up our demonstration room easily and gives a full and engaging sound. The whole room is filled to the brim with the action film San Andreas. The built-in 100 x 150mm subwoofer is full bodied and holds its own during the film’s action scenes. The bass isn’t too

overpowering though, and the dialogue comes through as clean and stable. It’s exactly what I’ve come to expect from Q Acoustics home cinema equipment and it’s a real winner.

But obviously films aren’t the only source that you’re gonna want to put through the M2. Why not take advantage of what Q Acoustics have been know for over the past decade and hook up some music to it? Much like their soundbars, the M2 excels here. Just as when watching a film through it, the M2 fills up the room and it seems the sound is consistent wherever I sit or stand. It offers a good soundstage and the musical quality it produces is fantastic in this one box solution. You can safely put the M2 at the epicentre of all audio needs and desires and you won’t have many complaints.

Come hear it for yourself at your local Richer Sounds and see just how impressive the Q Acoustics M2 really is.

Click to find out more about the Q Acoustics M2. 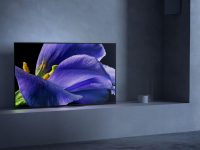 An Introduction to OLED and QLED Technology

If you've been on the market for a TV in the past few years, you've definitely come across the acronyms 'OLED' and 'QLED'. Even a…read more → 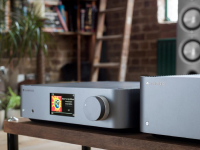 We previously looked at how amplifiers work and why they are the first stop in your hi-fi system. Now we'll have a quick look at…read more → 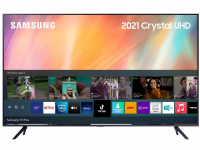 Brand new for the 2021 season this mid-level entrant to the Samsung range offers some great bonus features. There are some key elements to Samsung’s…read more →