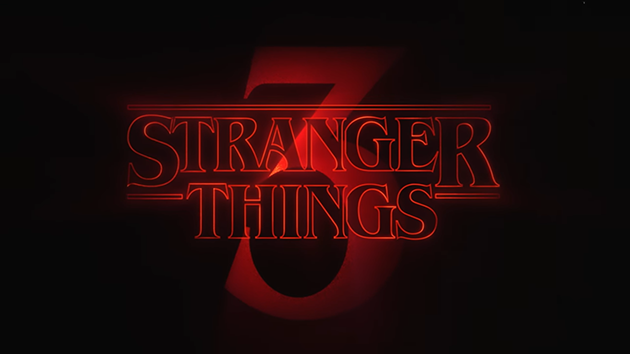 The year is 1985. Back to the Future is delighting audiences for the first time. ‘New Coke’ has debuted to revive interest against rival Pepsi-Cola. The portal to the Upside Down has been closed for a year, and Hawkins, Indiana has enjoyed some much deserved peace. But the Red Menace looms, something lurks within Hawkins’ new shopping mall, and its residents seem to be acting a little… strange.

Stranger Things‘ first season was lightning in a bottle. Successfully blending an intriguing mystery with horror-esque sensibilities and a delightful nostalgia for the 80s, it helped to secure Netflix as the dominant entertainment platform of the present era, securing more subscriptions and affinity for the ‘binge’ watching culture we are well used to today. Key to its success were its characters; as loveable as they were varied, each one felt beautifully realised, spearheaded by astounding performances from Winona Ryder, David Harbour, and newcomer Millie Bobbie Brown. It remained to be seen, however, if the show could sustain this spark of brilliance. To keep itself fresh, it would have to expand beyond 80s nostalgia and explore its genre-blending elements independently. To compare it to one of its influences, it would have to do what Ghostbusters, another flash-in-the-pan success, couldn’t: make an equally successful sequel.

Stranger Things 2 is a tough one to summarise. In parts, it seemed to successfully take the series and run in exciting directions. In others, it seemed little more than a tired repeat of the first season’s successful plot lines. At worst, though, when it did try something entirely different and new (looking at you, Season 2, Episode 7), it fell utterly apart. While the performances and characterisation were still stellar, the plot somehow trod lightly and still tripped. My fears that this show was a one-off began to realise, but its characters were still so likeable, and its world still left with intrigue, that I mostly didn’t mind. It would remain to be seen how Season 3 would bring things around.

Showrunners the Duffer Brothers’ answer to this is simple: bring every aspect of the show as ‘back-to-basics’ as possible. The baddies? Russians. Classic. The monster? One big monster by way of Invasion of the Body Snatchers. The heroes? Mostly battling with relationships, from the older cast to the younger, all love-lorn or love-less. The theme? Growing up, moving on, dealing with change: a seminal teen theme. For better or worse, Stranger Things 3 ignores most of the mixed world-building of the second season and doesn’t try to add anything especially new or revelatory to the existing mysteries. Instead it takes you on an eight-episode thrill ride aimed to solely excite and emotionally move you, and whether you’re taken in by this journey, or it turns you to cynicism, depends on what you’re looking for from the series.

The performances are still excellent, in particular this year from Dacre Montgomery as Billy, who manages to successfully navigate an evolution to the nasty character’s arc even when he is written to not entirely be himself. His story is particularly satisfying whatever side of the moral spectrum you see him on, and my only wish is that we saw more of him throughout. Speaking of which, Cara Buono’s Karen Wheeler seems to have a more significant stake in the story for the first half of the season, but her intriguing conflict is quite unceremoniously dropped with little reason by the end, and I’m left wondering why it was not concluded. 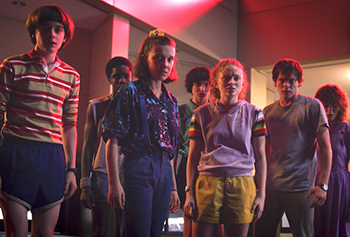 Maya Hawke makes a very welcome addition to the cast, playing wonderfully off of Joe Keery’s Steve Harrington, and I enjoyed every scene they shared together – I can’t wait to see more of them going forward. Similarly for Nancy (Natalia Dyer) and Jonathan (Charlie Heaton), whose relationship I found way more convincing this season, and the two share a stand-out confrontation where the reality of each other’s lives comes to the foreground. Sadly though, for some reason, the Duffers seem to have relegated two of my favourite characters, Hopper (David Harbour) and Joyce (Winona Ryder) to a constantly bickering not-couple, which actively undermines both of them as characters and trivialises their prior experiences. I found it easily the worst part of the season, which stings particularly more as both are usually so fantastic, either alone or together.

Given this season’s main goal is to take you on an emotionally-charged thrill-ride, it’s no surprise that the effects this time around are absolutely stunning. I don’t think I’ve seen a Netflix show look this impressive, from the monster effects to the cinematography and use of colour, it makes every episode pop with 80s gloss. That is probably the best phrase I can use to summarise Stranger Things 3: it is 80s gloss, painted over prior complexities for better or worse. While I found it pretty darn fun, I feel next season the show will have to begin answering its questions and exploring properly what it has set up, rather than bringing in more new elements that overstuff the narrative. What even is the Upside Down? What do its residents want? Why do the two national superpowers want to have it? What does this all have to do with the creation of various super-humans, such as Eleven (Millie Bobbie Brown)? Hopefully, now that the show has hit the soft-reset button, we will get those revelations come Stranger Things 4. 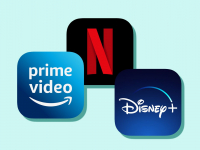