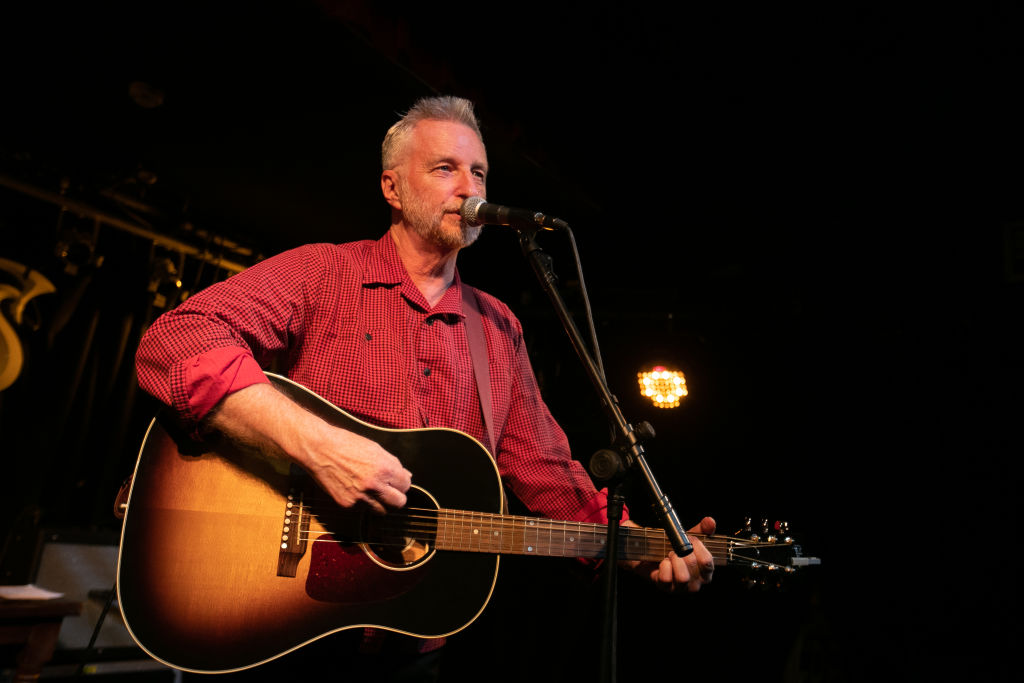 At studio album 12, Billy Bragg has been active since the early 80’s in his politically charged, protest song form. However, have the decades mellowed him, and made him less relevant or even just plain slowed him?

A soulful slide guitar riff carries us into the first track, I Should Have Seen It Coming. Much like the title, we absolutely should have seen it coming. Bragg’s political activist spirit is alive and well. The song is a surprisingly laid back attack on Nimbyism and people ostriching (lyrics literally stating about heads being in sand) themselves from politically inflicted issues ‘I didn’t see how a thing like this could happen to someone like me’.

In another slow entry, and a wonderful showcase of Bragg’s Essex accent, Good Days and Bad Days toes the line between spoken-word and slow, languishing lament of a track. Alternating gently between slowly plucked guitar, and mournful piano. The track manages to give an accurate idea of depression, and the day to day struggle it imposes on people (right up to the positive, upbeat refrain at the end).

Bragg has stated that the album ‘isn’t about the pandemic per se’, but still about how it has affected aspects of our life over the past two years – this track definitely being one of them.

It’s not all lazily paced slide guitar and sad songs however, there’s a wonderful array of folk rock, straight up blues replete with synth-organ melodies and steel strung guitars for some tonal change. There’s even a very tongue-in-cheek Americana attack on…well America, sort of. Freedom Doesn’t Come For Free, amidst it’s folksy-fiddle melodies, it takes a common sense approach to the Libertarianism in the USA, and can be easily summed up by the hilarious hook that Bragg presents us with:

But people never act the way you think that they should

And freedom doesn’t come for free”

Bragg has often been a voice for change, and how to involve the younger generations (himself now 63), and is keen to hold up the current protest spirit to his own generation too. Mid-Century Modern is an at times uncomfortable listen, it spins the story of a man struggling with ‘the gap between the man he is, and the man he wants to be’.

Whether the listener feels they might be the other party who the singer ‘loves the most’ or the singer himself – it at times will produce a very visceral reaction from the listener. It certainly did from me. Whether due to, or in spite of this, the track is fantastic as a blues track if nothing else – striking an oddly positive key musically against the lyrics.

The Million Things That Never Happened, as the title track, takes a sombre and almost melancholic turn melodically. If there had to be a track that was ‘the pandemic track’, this would be the one. Its a direct take, amongst the dirge-like piano chords and weeping violin strings, on everything that people missed over the last two years. From father’s missing births, to not being able to comfort relatives, there is no glimmer of hope on this track – but in its purely retrospective view, at points I’m sure we all agreed.

Bragg manages to strike a fantastic balance throughout the album. Between upbeat tracks with heavy subject matter made light, or slow tracks (of which yes, there are sombre tracks as above), there are also positive ballads. I Will Be Your Shield is one such track. The track speaks of an intimate support of the singer to those they care for. The uplifting track states love is the constant, for those you care for – no matter how worrying and ever-changing the world is, you will have those you love.

Leading out on a more positive track, reminiscent of Bragg’s pub-rock history, we’re left with 10 Mysterious Photos That Can’t Be Explained. Despite taking a stance against internet trolls, the issues with conspiracy theories and anti-vaxxers, the bouncy, borderline folk-pop track keeps coming back to the singer’s confusion with, at surface level, stuff in his pocket and a failing memory at times.

For the sake of political differences, the album needs to be scored on its own merit, extricating the politics from the songs…despite how they’re formed from them. Sonically though, the album is pretty much perfect. It’s produced perfectly, all things balanced and manages to strike sadness and positivity, humour and thought throughout in good measure.

Including politics? That will depend on your own viewpoint potentially. But irrespectively, the album demands a listen – even if you might not agree with the messages.