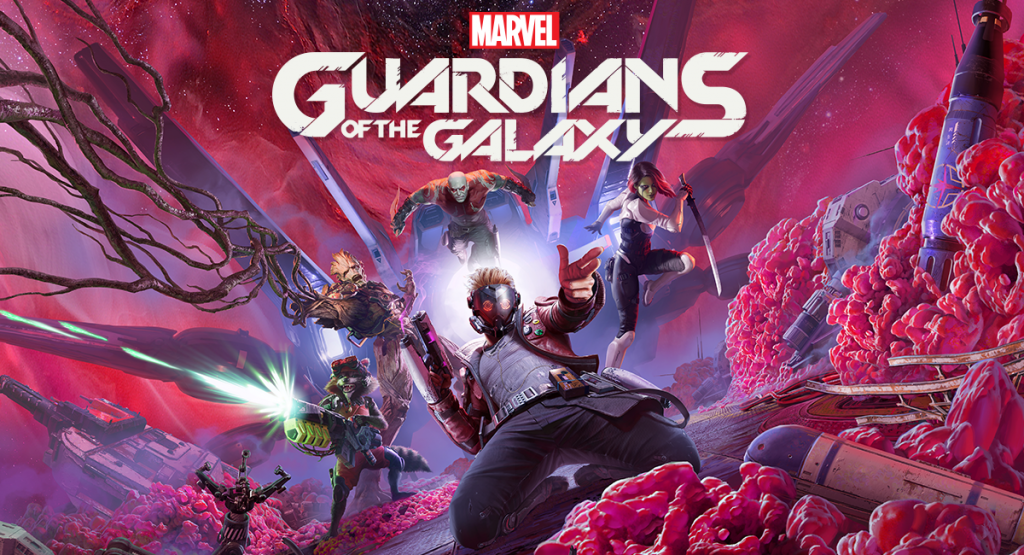 Following a lukewarm reception to Square Enix’s last Marvel game release, based around the other large super-team, The Avengers, Marvel’s Guardians of the Galaxy aims to build on the shaky foundation with this new release. Will it be different enough to get out of the previous game’s shadow of failure? Or will it simply be another cash grab?

Square Enix tried, and largely failed with their previous Marvel game, centring around The Avengers. The game was outright criticised for a lack of depth, for it’s microtransactions, shallow open world – all this despite the advertised impressive roster. But I’m not here to bash the previous game – I’m here to bash this one! Or at least I would be, was it not an improvement over what came before.

With open-world games being an industry standard since Skyrim’s (still) wild popularity, there are fewer game entries prepared to break away from this formula. Often filled with pointless ‘fetch and return’ side quests and bloated filler, or conversely just open expanses of random world-filling bumf.

Here, we’re relatively on the rails with the Guardians. Or at least with Star-Lord/Peter Quill, as despite the title, he’s the sole controllable character throughout. That’s not to say the other heroes aren’t present, they just aren’t directly controllable. You simply instruct them what to do in combat (Groot has roots, Rocket fires weaponry) whilst you scoot around firing at stuff as Quill.

Despite being cosmetically based on the movie characters for familiarity for most players, the game itself plays out more like a comic book story may be expected to. We’re treated to a prologue surrounding a slightly altered original story for Star-Lord, and then thrown into the present day with the Guardians.

Long story short, they’re in debt – and opt for a typically wild mission into ‘The Quarantine Zone’ to repay it.

One reason I’m keen to not divulge more is that although the game is linear in presentation, small choices of dialogue and larger game moment choices actually allow for surprising flexibility in the storyline.

By not switching between the characters constantly, combat DOES get fairly samey as you progress. Enemies don’t get harder, despite their impressive design variations, they simply become a typical damage sponge, taking up more of your time but not effort.

However, by focusing more on Quill, his emotions and story, you end up with a game that is witty, heartfelt and far deeper than you’d expect for its 18 hour (average) playtime.

There is a staggering amount of dialogue in the game, both directed by yourself as the player, and general banter between your teammates. You can even effectively stop for a chat mid-fight – it might drop the pacing slightly, but if you’ve seen the first film, the end boss was effectively a dance-off…

You’ll also find a hefty dose of 80’s tracks scattered throughout the game, some of which showing up at hilariously inappropriate moments.

As you’d probably expect if you’ve played Square Enix games before (Final Fantasy, Star Ocean), the level and environment design is detailed and impressive – their own history here shines through with otherworldly realms you’ll travel through.

Despite the arguably short run-time, the difference in consequences of your choices (after choosing certain options, I googled a ‘What If’ question to them to see what might have happened) is more than adequate enough to provide a second or even third replay’s worth of play to the game.

If you didn’t like The Avengers game but still want the Marvel game entry you deserve, then grab a copy – it’s a vast improvement over the former.

It IS worth mentioning that the game performs best on PS5 and the latest Xbox, being optimised for them and suitable TV’s – but the PS4 variant holds up absolutely fine if you’ve not managed to get hold of one as of yet.