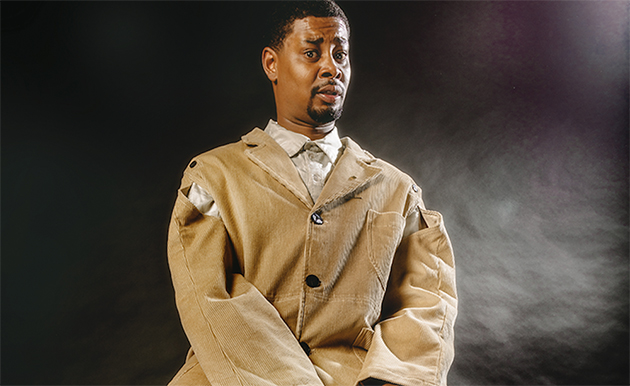 The ever unpredictable Daniel Dewn Sewell aka Danny Brown unleashes his 5th album Uknowhatimsayin¿ this month, buckle up because it is bound to be a bumpy ride…

Described by MTV as “one of rap’s most unique figures in recent memory”, Danny Brown has found a home on giant labels such as Warp and Fools Gold during his career. His debut studio album The Hybrid was released in 2010, and since then his singles have reached the US Billboard chart Top 50 multiple times. Growing up in Detroit, Michigan with his young parents, his father was a house music DJ. After the family broke apart, he found himself dealing drugs at the age of 18. Now in his late 30’s he has become one of rap’s most iconic stars. Danny Brown is a true performer, one full of charisma and personality, so it is unsurprising that he has also bagged some acting roles in recent years. His unmistakable voice and persona has gained him a huge following, as well as respect within the rap scene.

The project begins with an ominous western guitar chord, you can almost hear cowboy boots scuffing the dusty earth. Before long, a broken beat appears followed by some easily digestible, simple-yet-effective bars and a repetitive hook ‘never look back/I will never change up‘. “Change Up” is a fairly tame introduction, followed by “Theme Song” that is also calm by Danny’s usual standards.

The production is both classic and modern, gorgeous string samples in the foreground and heavily effected vocal snippets filling the background. The restraint showed in his writing is reflected in the music, and you barely hear a snare drum for the whole piece. Uknowhatimsayin¿ has been executively produced by the one and only Q-Tip of A Tribe Called Quest, and one can only assume that he has had a somewhat calming effect on the proceedings.

Danny Brown has refereed to the project as his “standup comedy album”, and it is full of punchlines and jokes such as ‘so he did the Humtpy Hump, in a Burger King Bathroom‘. His past releases have often been deeply personal and open, touching on drug addiction, depression and even suicidal tendencies. But here there are more smiles than tears, something seems to have changed and the outcome is more hopeful lyricism. Speaking of lyrics, this album showcases some of his finest  rhymes. As the album progresses we hear his rougher side, like on the wonky JPEGMAFIA-produced “3 Tearz” where he is joined by Run The Jewels.

Guest producers also include Q-Tip of course, Paul White and fellow Warp Records affiliate Flying Lotus. Many vocalists also pop up on this project, like on the oddly abstract Obongjyar collaboration “Belly Of The Beast”. Even on the more usual tracks such as “Savage Nomad”, there is always something wild to keep listeners on their toes; this time in the form of a crazy, sound effect filled breakdown. The album’s title track switches up once again, and sounds like a dubbed out late 80’s jam. This contrast between the psychedelic and the straight up contributes massively to the projects genius. As the album draws to a close, “Shine” sounds like a perfect choice for an outro. However they ain’t done yet, possibly saving the best until last. On the album’s eleventh and final track “Combat”, Danny Brown and Q-Tip go back and forth over a more upbeat, jazzy instrumental that harks back to A Tribe Called Quest’s second album The Low End Theory.

Danny Brown has always been an outsider, even after his commercial success. This album proves that he has grown up musically, and with help from Q-Tip they have delivered his most concise work to date. For the most part the album is impeccable, and clean cut, with the occasional glimpse of his trademark wildness. If you have been put off from listening to previous tracks, it might be time to give Danny Brown another chance with his most accomplished album yet.