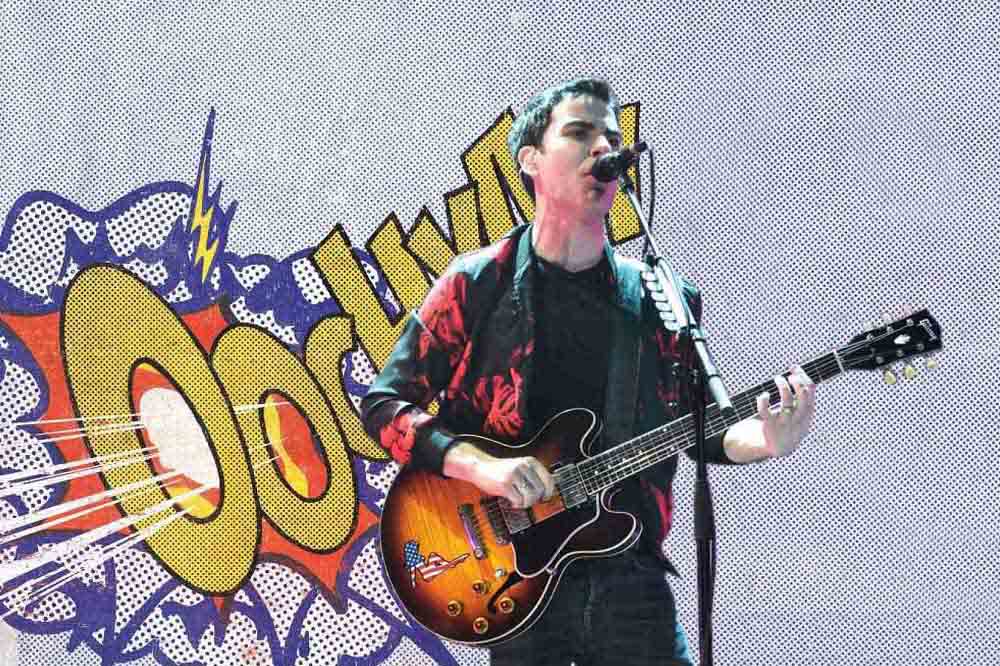 Arguably the most successful Welsh rock band, Stereophonics have released their twelfth album, Oochya! But will the band be able to capture their usual success they’ve enjoyed for the last 20 years?

The album’s opening track actually breaks what sounds like new(ish) ground. ‘Hanging on your Hinges’ opens like a live set at a small venue – not the stadiums the band is more than capable of filling these days. Despite massive differences in their sound as bands, the track bears more than a passing familiarity to ‘North American Scum’ by LCD Soundsystem. The same pacing, fuzzy riffs and slightly raspy tones – just somehow still unmistakably Stereophonics.

The album falls into more familiar territory throughout the rest of its fifteen track run time – not the shortest of albums. Whilst the album does have a little more ‘get up and go’ than most of their more recent releases, it still feels a bit long. There’s still some of the more mediocre ballads that have been a staple of the band’s most recent albums (before Oochya!, of course), ‘Right Place Right Time’ being possibly the best example.

The navel-gazing on the track feels sluggish and fails to engage with anything outside of the singer’s own story. Not exactly an uncommon trope in rock or indeed any genre, but there’s no strong message, topic, moral or even a story that makes the content engage any more than the slow-paced melody and lazy drums.

That’s not to say that all of the slower tracks, of which there are many, are poor entries. ‘When You See It’ is more reminiscent of their fantastic and always recognisable ‘Have A Nice Day’. The gentle growl of vocals, the support of the rest of the band and the easy melody punctuated with some clever guitar fills to brighten the body of the song.

It’s not destined for the same success, even if just the ‘top tracks’ listing on the likes of Spotify under the band’s name is to be believed. It’s just missing some of the magic that made their early 2000’s work so popular. Having previously been described as “UK rock with whiskey vocals”, lead vocalist Kelly Jones shows off his more bluesy pipes on ‘Running Round My Brain’. With sparkling folksy guitars and more pronounced gravelly melody from Jones, the track provides a lively but relaxed track to lean into.

With more of a ‘live’ edge to the recording, ‘Don’t Know What Ya Got’ follows the same chilled country vibe, all the while remaining distinctly Stereophonics – in no small part down to Kelly Jones’ distinct voice. The album IS good, there’s no particularly poor songs or massive misfires. However, the band’s formula is aiming to retread old territory, recapturing their previous peaks as opposed to striking out with something more inventive.

It doesn’t quite achieve this however – we’re left with a decent album, which, if trimmed of around five songs, might have been a brighter and more distinct release. Unfortunately with the fifteen track listing, the album feels like a release by rote in a scattershot attempt to reclaim past success.