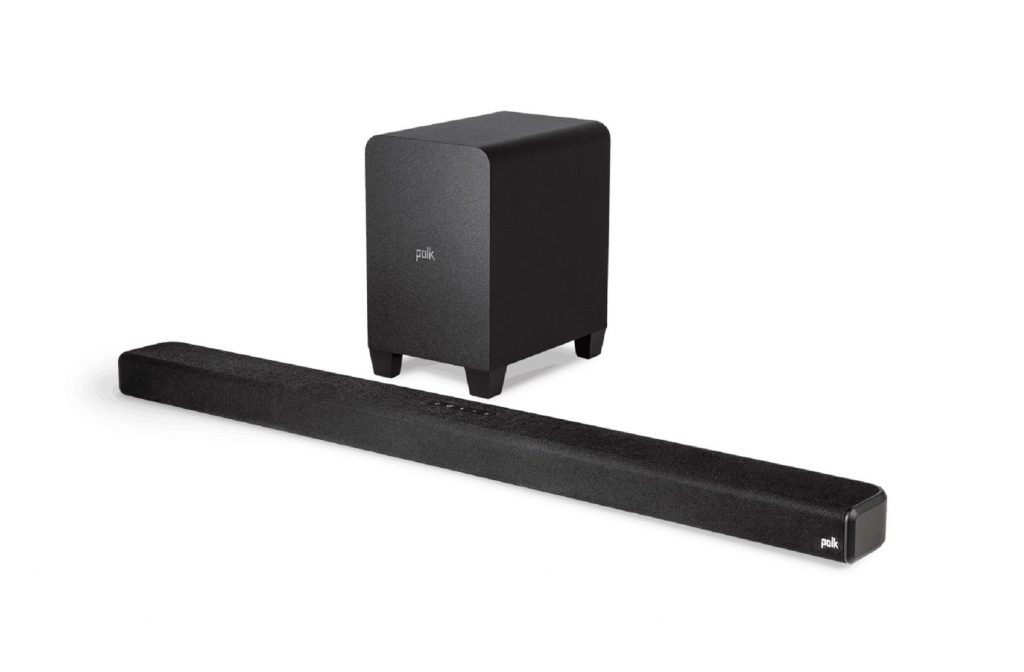 Having been a favourite of store colleagues, customers and reviewers since we first started stocking the Polk Signa series of soundbars back with the original S1 – Polk have thrown their hat into the ever competitive ring of Atmos soundbars, but at the more ‘budget’ end of the market, will it offer a genuine 3D option for those not looking to break the bank?

It can sometimes feel like there’s no midground can’t it? With all of us watching more TV, movies and big budget serialised shows on the likes of Amazon and Netflix you really want to boost up your sound to match the experience of your TV. However, you also DON’T want to run cables to the back of the room, find the space for an AV receiver or even necessarily buy into a multiroom system simply to give yourself the boost in sound quality – usually on a bar with more features and badges than you necessarily want to understand.

Enter the Polk Signa S4. Based on much the same blueprint as the ever popular Signa series, with matte black plastic fronted with discretely branded fabric grilles, it’s no massive invader to your living room. The subwoofer remains wireless (as expected if we’re honest) and in most cases will be small enough to tuck down the side of the TV unit, the corner of the room or the sofa – if you’re in a real pinch.

The bar also comes with basically everything you’ll need to get it going out of the box, including a HDMI cable – however, much like the spare tire in the boot of your car, we’d recommend upgrading this to give yourself the best quality at the earliest opportunity. Unlike competitors such as the latest iteration of the Sonos Beam Gen 2, the Polk Signa S4 does actually have genuine upward-firing speakers. However you can’t adjust the volume of these individually as with the subwoofer, but more on this later. 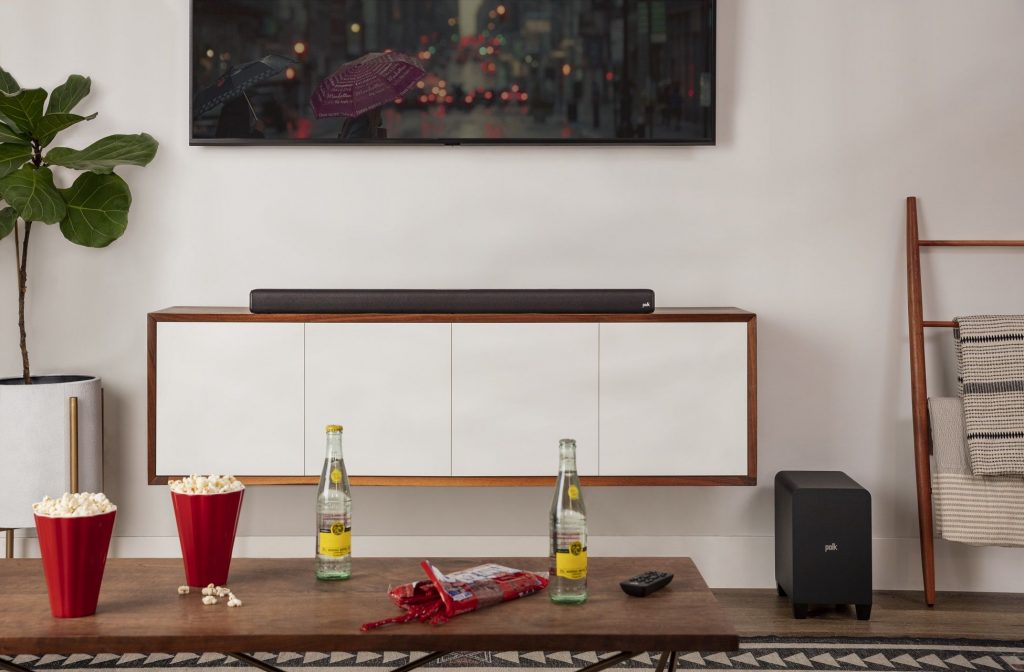 The bar also doesn’t have wi-fi connectivity, if it’s an absolute MUST to use Spotify Connect (or similar) instead of just Bluetooth, this also means you have no option to add voice control, if you prefer to instruct your electronics to do your bidding as opposed to using the remote. However, also unlike the likes of the Sonos Beam, you cannot add rear surrounds to the Signa S4. Great for if you want to know exactly what your costs are up front, but you’ve got no extra modules to add on to upgrade the bar if you decide you want to kick it up a notch.

Once it’s powered up, it’s apparent the bar really hits its stride when you’re using it as a soundbar as opposed to a slim set of speakers.

Watching Ozark on Netflix opens up the soundstage in comparison to the TV alone by a massive amount. The moody tones sink into the lakes and swamps of the scenery, with the birds (not the Byrdes) that reside in them flitting overhead. Voices remain not only clear, but emotive and gunshots ricochet and thunder drawing you even further into the action.

Polk have also kept their ‘VoiceAdjust’ feature, meaning for late night viewers, those harder of hearing OR even shows where voice hasn’t been mastered well enough to hear properly, the bar can focus on voices more than other frequencies.

There is the chance to swap between music and movie modes – which does of course make some differences. However, the Polk is definitely more at home listening to movies. Music is clearly defined into stereo presentation, but unlike more music competitors such as the Denon DHTS-516, it lacks the same breadth of soundstage and musicality that others with a more ‘musical’ pedigree can bring to the table.

Overall, the Polk Signa S4 is a fantastic option that can arguably punch well out of its price point – coming in below £350 nets you a fantastic bar that is a genuine option in the Atmos arena, without charging you for badges, bells and whistles.

Head into your local Richer Sounds store for a demo today.