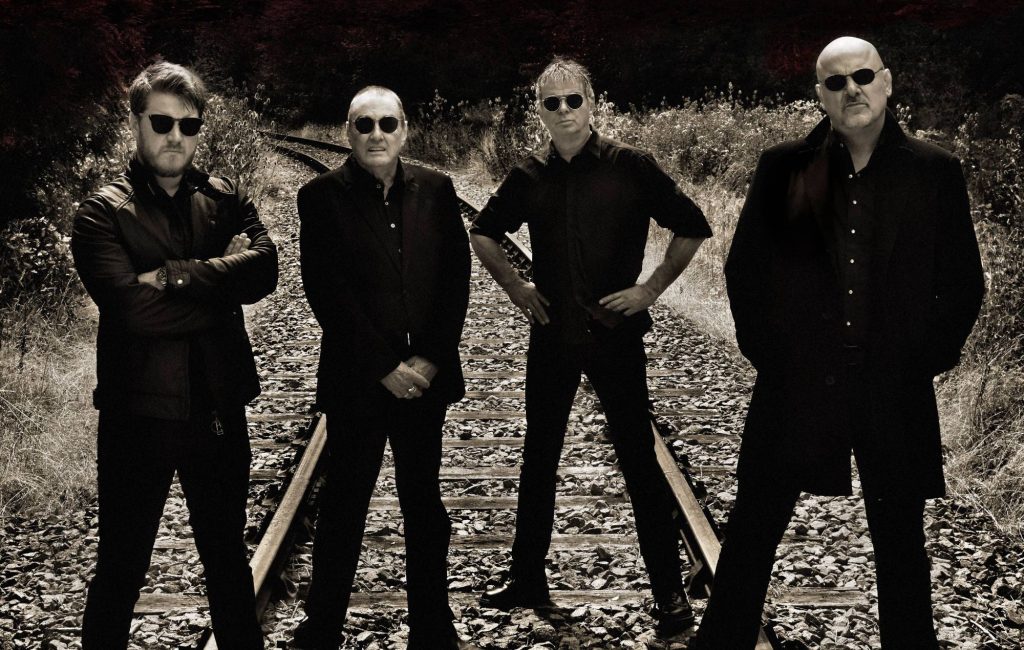 Responsible for the opening soundtrack of one of this reviewer’s favourite films (Sexy Beast), which coincidentally, is only my second favourite peach-related song (thanks The Presidents of the United States of America), The Stranglers are back with their first studio album since 2012. Will the Guildfordian new-wave, punk rockers still hold up after all this time with new album, Dark Matters?

From the pubs of the South East to riding the charts, The Strangler’s sound has evolved over time with music critic Dave Thompson stating that despite their changes they were ‘never boring’. With chart hits and soundtrack staples such as Golden Brown and No More Heroes – the point stands.

With their unmistakable lo-fi guitar fuzz from their pub rock origins and the keyboard ripped straight from their earlier albums alongside the recognisable backing vocals…of three members, Water opens up the newest album.

Without the snarling, punkish vocals from Hugh Cornwell, the album opens with less presence than you might expect from the veterans, but with no ‘frontman’ the current trio (Burnell, Warne and Macauley) do their level best.

The album also shows some mellowing of the previous energy you can find on other albums in their lengthy discography. Whilst the band haven’t always been fast and furious, there’s always been that dissident fury that underlines so many original punk bands.

However, on tracks like ‘And If You Should See Dave…’ it feels far more balladic, a punk version of a dirge, mourning loss of friends. This may well be due to the loss of their former keyboardist, Dave Greenfield (the Dave the song seems to be alluding to) who is the band’s casualty to COVID from 2020.

The immediate following track If Something’s Gonna Kill Me (It Might As Well Be Love) follows the exact same slow style, even adding brooding organ-like keys. Add a mohawk to Dracula and pop him in a dive bar and you’ve got the image this song seems to be trying to evoke.

This morose mood keeps on plumbing the depths as we hit The Lines. We hear about lines on the singer’s face; from divorce, from loss, from smoking, from drinking – with only a glimmer of hope coming in at the end, at least SOME are from smiling at someone he likes.

As the album progresses, it unfortunately becomes more apparent that the band feels a bit lost. Payday has all the elements that has made The Strangler’s great in previous iterations, but like so many other tracks, it’s missing something almost intangible.

The track where this may not be the case is The Last Men On The Moon. The track has weight, pace and finally grabs you for the full 5:35 run time – it’s just too many tracks too late.

This isn’t to say the album isn’t well-made. The production value strikes a perfect balance between feeling raw and live as punk should, but keeping things clean and separated to allow each aspect to shine.

It has a variety between sadness and energy, even dropping into a shimmering acoustic piece with Down.

There is hope towards the end of the album still with White Stallion and even Breathe, despite its more prog-leaning sound, acting like a punk orchestral lead out. However the album takes far too long to hit its stride.

You could chalk it up to line-up changes, album construction as simple as track ordering or even that the band have aged beyond their ideals. Ultimately it’s a good album – just a bit lacking anything to make it truly special.