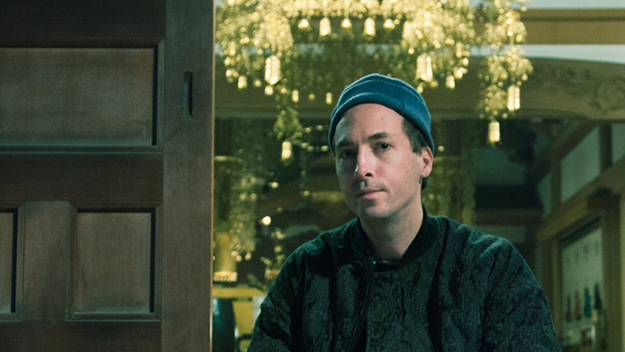 The album is dense and foreboding, creating aural landscapes without words. A lot of the album recorded with a gagaku ensemble, put together for him by Japanese musician Motonori Miura (gagaku is the imperial court soundtrack of Japan, utilising drums, strings, flute and a 17-pipe horn called the shō).

The opening “This Life“ is my favourite ‘single’ of the year so far. It loops a droning hook woven into a demonic sounding whale song for eight minutes, creating an air of unease and tension. It’s virtually pop music, though, compared to the following “In Death Valley”. A mass of distortion – not without shape or form, but constantly at odds with structure. As someone who’s been to Death Valley this year, the track does not for me conjure up the open spaces of the American desert. It sounds like a hellish soundtrack of a dark industrialised heart of a city, noisy and hot and unforgiving to a stranger who has lost their way. “Is a Rose Petal of the Dying Crimson Light” is almost ambient from its outset by contrast. Not too dissimilar to Bowie’s and Enos’ mid 70s instrumental album tracks, if you’re looking for a touchstone. It a least offers some relief after the dense opening numbers.  It’s a brief interlude however, “Keyed Out” has again much more menacing tones, dissonant heavy key chords, ghostly echoes, distortion used to displace the listener, moving from a distant relative to melody, to a haze of interference and warped strings with what sounds like the TARDIS on backing somewhere in the mix.

The huge ten minute “In Mother Earth Phase” opens with unstructured synth lines and the promise of a beat even, but meanders without ever arriving at that destination. There is a sense of conflict, and at times the noise is very dense, but always engaging. The song returns to minimal structure at its close. Though the mood is more downbeat and “A Sodium Codec Haze” is as you might expect a more anaesthetised comedown with weight pushing down on the soul, even draining. It provides the harshest moments of this set, yet still manages to impress with a beauty all of its own. The closing, 15 minute “Across to Anoyo” deals with the passing from life to death. Perhaps not the most uplifting of closures. Opening with the siren drone that has been present throughout, and a repetitive audible illustration of a heartbeat which sinks into the background early on, leaving doubt and confusion, the song indeed portrays a difficult journey with a sinking losing the fight feel of inevitability.

There’s a paradox in how something so desolate can be a triumph, but that’s what this album is. It gets your attention and keeps you waiting for the next twist. One of the main things I get from this symphonic journey taking us from birth to death is how the planet is slowly being drowned by man’s acidic presence, as if humanity is the biggest plague the planet has ever seen.  Over the years I’ve not listened to much music of this ilk but since Blackstar and Bowie’s passing I’ve needed stuff like this to counterbalance my love of a finely formed song and to keep me interested. Tim Hecker may just be becoming one of my favourite artists.