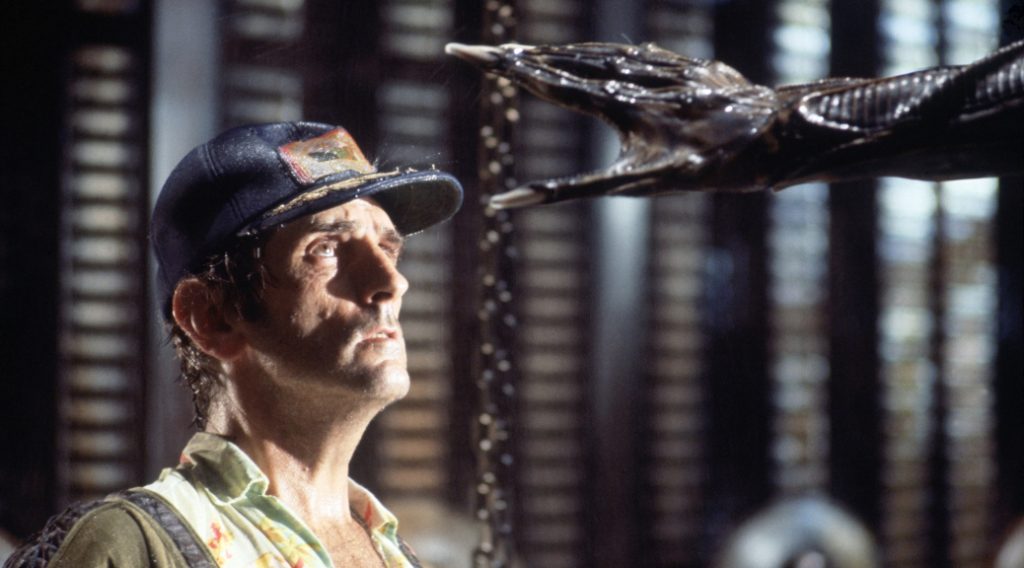 Having been awoken from hyper sleep after a mysterious distress signal is received the crew of the USS Nostromo find themselves on a barren planet and while investigating a crashed space ship they uncover an unpleasant surprise.

Forty years have passed, if you can believe it, since Ridley Scott’s Alien first terrified audiences in cinema screens, so what a pleasure it was to be reunited with it on the big screen.

From the opening moments as the title eerily unfolds onto the screen its evident that Alien has lost none of its atmosphere, the film is tense from the get-go and the unapologetically slow build up puts you on edge no matter how many times you’ve seen the film. The slow deliberate pans combined with the incredible production design make the claustrophobic space ship scary long before the titular creature rears its bloody head.

The sound design is nigh on perfect as well, it’s not until you see this on the big screen that you really start to appreciate the use of silence on offer here, until the infamous dinner table the film is remarkably quiet and this only enhances the sense of dread that Scott impeccably crafts.

As for the alien itself, it hasn’t aged a day, the effects work was ground breaking in its day and still holds up remarkably well, H.R. Giger’s biomechanical design produced one of the most iconic creatures in film and its slathering jaws should still strike fear into the heart of the most ardent horror fan.

The great effects work doesn’t end there though, the sets still look absolutely incredible , the ‘Space Jockey’ scene has a such scale to it that you can’t help but share the character’s sense of awe as they venture into the unknown, the only problem is that Scott has single handily ruined any mystery around this scene with his recent subpar sequels.

The cast are nothing short of superb as well, Sigourney Weaver is great in the lead and gives us a female character we can be proud of but it’s easy to overlook the rest of the talent on offer here. John Hurt, Tom Skerrit, Ian Holm and the one and only Harry Dean Stanton go some way to filling out the unprepared crew. It’s thanks in no small part to their believable performances and palpable chemistry that the film feels so grounded in spite of a subject that could have so easily collapsed into a silly schlock fest.

In short, the film really doesn’t put a foot wrong, a handful of effects scenes may not have aged that well but its doesn’t take away the fact Alien was a masterpiece in 1979 and is still a masterpiece in 2019.