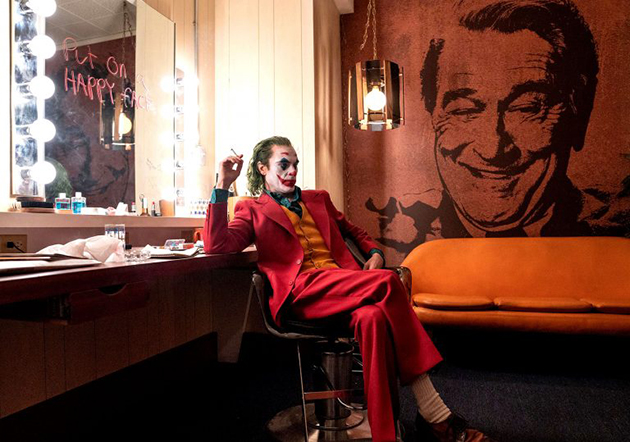 Arthur Fleck (Joaquin Phoenix) believes he was put on this world to spread laughter and joy. However, when his world starts to crumble around him, Arthur begins to see how his tragic existence can be turned into something chaotically comedic as he inspires a wave of crime to follow his example.

Joker represents the type of movie that, I assume, DC and Warner wish they had made from the start. Rather than stumble headfirst into chasing Marvel’s tail and spewing out their own cinematic universe, Joker indicates that doing something different is the best way to blaze their own trail. Entirely its own beast, Joker has one story it wants to tell and one character it wants to focus on, and it’s refreshing to see this new approach. If DC and Warner can keep allowing their iconic characters their own room to breathe, they will have no issue finding acclaim and success, and maybe a few crossovers down the pipeline could then feel earned (though, that Birds of Prey-shaped spanner in the works really makes me question any kind of plan at all). Audiences generally seem to have responded well to Joker, extracting from it a positive message about social acceptance and the importance of mental healthcare. Indeed, in the film’s often intriguing interpretive reality, there’s definitely something to be read, aided by being far removed from any cinematic universe baggage.

On the subject of interpretation, I was immediately drawn to the physicality of Phoenix’s performance, namely in this film’s interpretation of the famous Joker laugh. It is revealed early on that Fleck will break into an uncontrollable, guttural laughter when presented with situations to which he doesn’t know how to emotionally respond. It is a fascinating psychological analysis of a famous staple of the character, an aspect pivotal to his presence but one that hasn’t been given its own examination ever before. Phoenix looks pained whenever it happens for much of the film, and it makes his eventual turn to enjoying laughter all the more terrifying. Nevertheless, this is a decidedly different character to the one I am personally connected to. This Joker is not (perhaps, yet) the true ‘Clown Prince of Crime’ – he doesn’t come across as the intelligent, evil presence who also finds the world’s hypocrisy hilarious. Here, Phoenix portrays him more like a man whose life has stunted him into being a violent child, speaking and moving in naïve abandon. It’s explained and justified well here, but it’s definitely up to the viewer how that will resonate, as I did find myself lacking that extra, intellectual fear-factor I assign to the character of the Joker. 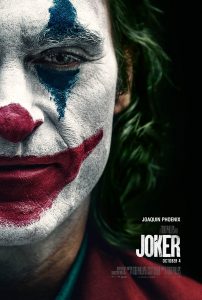 With that subjective critique out of the way, this is where any semblance of appraisal stops. Much like its score, which is primarily one long, droning string that only gets louder, Joker is ultimately nowhere near the intelligent character study that it wants to be, and the main culprit is writer/director Todd Phillips. Under his direction, the film overtly telegraphs every emotion that it wants you to feel as it plods through the ‘making a criminal’ checklist. Rather than let its events happen and allow the audience to react, it assumes its own genius and pretentiously signals the sentiment to you. It’s the same feeling as in Phillips own Hangover series, wherein he desperately wants the audience to witness how crazy the events become, simply by making them escalate repetitiously.

This becomes worse when it is made evident that Joker doesn’t study mental health and social care as well as it thinks it does. One of its biggest problems is that it doesn’t have a clear point that it wants to make, nor a clear perspective it wants to take. It seems to suggest that one shouldn’t become ‘Joker’, that we should prevent future ‘Joker’s and help those in need immediately. This is true, and it isn’t wrong in attributing this to a failing social system. But the film also seems to have an inescapable idolisation of him, irritatingly doing what so many of DCs more portentous films do by turning the lead character into a ‘symbol’. It’s a hollow script that goes heavy on self-importance simply because it mentions these issues, but the result is something that is light on actual insight. It’s ridiculously akin to a bullet-notes version of Taxi Driver, lacking all of that film’s nuance and instead feeling overwritten to sell each moment. 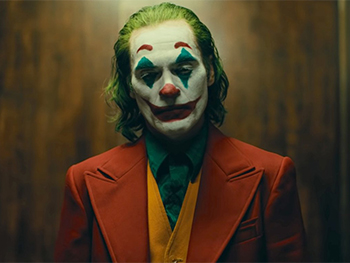 Undoubtedly though, the single most off-putting aspect of Joker is how it presents itself as being about how we should not laugh at those who struggle when it isn’t their fault, only for it to also feature a series of jokes against little people. There are moments when Joker gets fittingly dark comedy right, such as a scene where Fleck brings a gun to the worst possible place as part of his job. Jokes at the expense of others, however, goes utterly against the message it is aiming to portray. This is not helped at all by Todd Phillips’ recent comments about how comedy has been ruined by “woke culture”, an attitude that paints a negative light on his previous work and this film too, and one that seems ridiculous when Taika Waititi is releasing his Hitler comedy JoJo Rabbit soon. How we are supposed to take the pain inflicted upon the childlike, mentally-ill Arthur with seriousness, only to have the film joke about how little people can’t reach certain things, is bizarrely tone-deaf. It isn’t a brazen occurrence, happening twice or so in the duration of the movie, but combined with its skin-deep analyses it accumulates into making Joker a bitter farce.

While its idea and concept are sound, and I do hope we see more solo efforts from DC and Warner going forward, Joker was a disappointment and then some for me. While I liked aspects of Phoenix’s performance and appreciate those that do seem to be getting something positive from the film, to myself it represented what can become of an angry filmmaker wearing social issues as armour. Muddled, disarrayed and in desperate search of an actual point to make, Joker turns itself into pretentious self-parody with every empty statement.