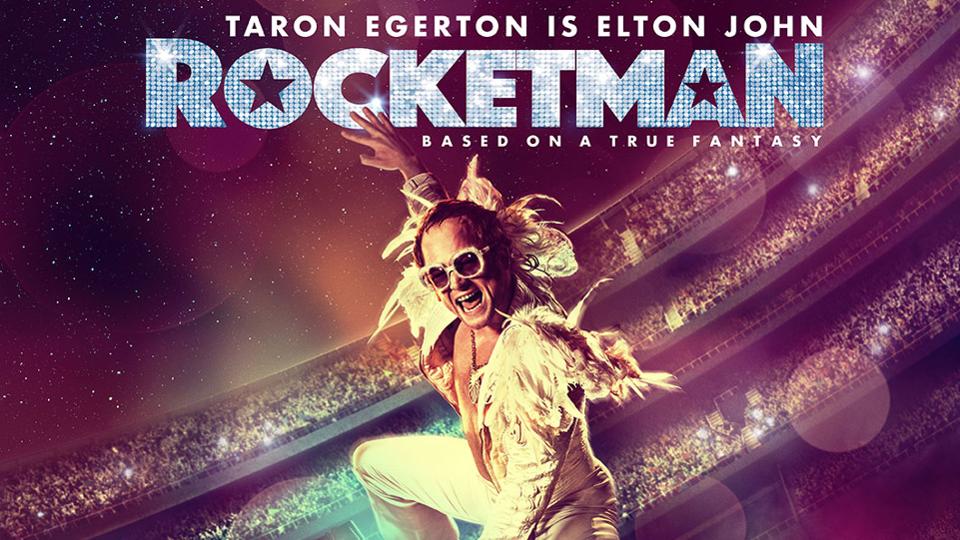 Having been drafted in to finish Bohemian Rhapsody and getting no credit for it, it’s only fair to see British director Dexter Fletcher get his own crack at a musical biopic, this time focusing on the early life and career of Elton John, played here by Taron Egerton.

How you take to Rocketman will likely entirely depend on your love of the music and/or your love of musicals, this isn’t a run of the mill biopic, a good chunk of screen time is dedicated to the re-working of Elton’s most famous numbers and for the most part these work rather well, Egerton sings well and fully throws himself into the music.

He delivers a solid performance as Elton John, playing the role with a sense of exuberance that suits the personality of his larger than life persona. It’s refreshing that after the watered down nature of Bohemian Rhapsody that we get a ‘warts and all’ portrayal of the main character that doesn’t shy away from the sex, drugs and rock and roll lifestyle.

That being said the clichés often associated with genre are present and at times pretty frustrating, you could almost run down a checklist of sleazy manager, family drama, stage show ruined due to drug abuse etc. That’s a criticism that can certainly be levelled at the biopic genre as a whole not just Rocketman but there’s surely another way to present these stories that doesn’t end up with you feeling that you’ve seen large swathes of these films before.

Whilst it doesn’t totally escape the trappings of the genre, Dexter Fletcher seems to have made an effort to make other elements of the film a lot more interesting. The surreal song and dance routines are impeccably handled and certainly prove to be the highlight of the film, they will stick in your mind long after the credits roll and the decision to go down the ‘musical’ route with this biopic is certainly a welcome one.

Ultimately though these films appear critic proof, it’s unlikely that any Elton John fans particularly care about the quality of the film itself and are there for a good time and some incredibly written pop songs. On that basis Rocketman delivers a pretty entertaining night at the cinema and a half decent film as a bonus.