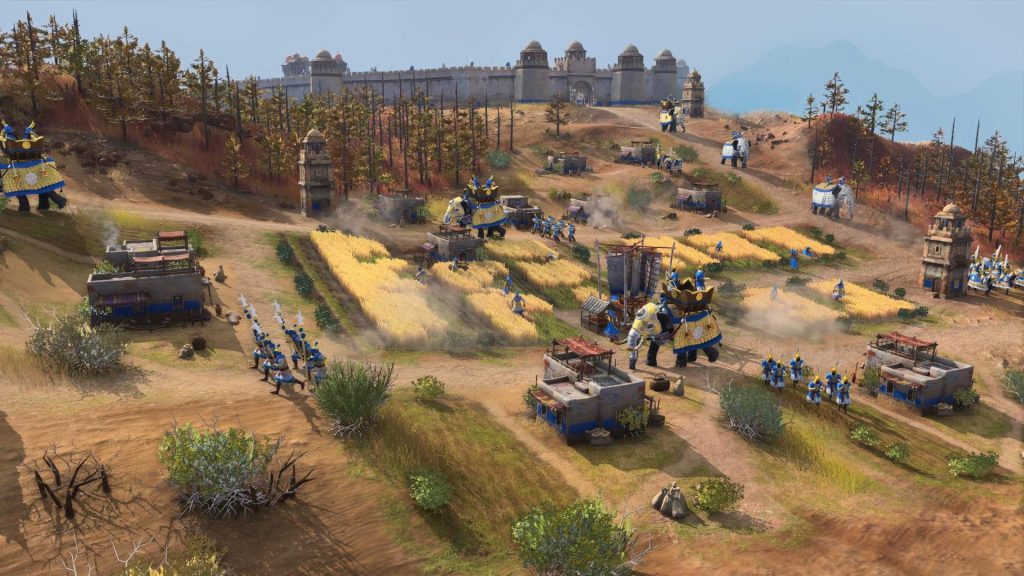 A rose-tinted walk down memory lane this is truly a tribute to history in many ways.

For those new to this title Age of Empires IV is a historically accurate real time strategy game. With more emphasis on the accurate this time round there are a plethora of global civilisations to compete with. These come with unique buildings, technologies, units and even cinematic history lessons to unlock.

Captivated by the original two games in this series I was waiting with a fair amount of excitement for the newest edition. With over a decade since I had crossed swords on RTS I was running on maximum expectation, driven purely by nostalgia. As many games have discovered recently, underdelivering on hype can be costly, Microsoft by comparison has practically released this from a side gate under cover of night. This would have caused me more concern if it wasn’t for the current marketing climate, the fact this was a ghost from the distant past being revived and not the new Halo. With no way to know how this would go down with a modern audience I can understand the decision to play very safe.

When it comes to the gameplay it is again risk averse but this to me is positive. I was not as big a fan of the relatively wide revamp in AOEIII, IV goes right back to where II left off. A game I might add that was widely received as one of the defining games of a decade and is still revered today. So with that formula it starts from a very good place, and I felt immediately comfortable with the game and its systems. The UI is clean and new looking, the well filmed docuseries that runs through the campaign brought a much more interesting approach to the cut scenes which in RTS can be very stilted. The playable civilisations at launch do offer a broad scope of play styles even if a slim selection, this is clearly because this game is likely to be supported long term with regular content. Game pass is clearly going to be a factor in the development plans here, given you can play for free from day one with an active subscription.

The biggest changes are actually pretty subtle but allude to great things to come. Take the simple pikeman, strong against horse and a pretty cheap and staple unit. However, without correct management this advantage against charges is lost if they are not ready with weapons down. This creates great opportunities for ambush and skill in unit management on the battlefield to come out on top. No more is this just about number or rock, paper, scissor unit choice, there is skill involved on a more macro level. For the esports crowd this attention to the finer details is where things will get really interesting. For the less aspiring user, being able to see your units take the day in overwhelming odds because of skilful tactics, brings even more enjoyment to the battle mechanics.

This new release is a great invitation to old players and new to enjoy what is a great pedigree in the gaming world. There are plenty of areas of improvement like AI behaviour and unit balancing, but at its core is a well-considered and polished idea that can be enjoyed at all levels of skill. For those looking for a real challenge at the moment it is best to look online or to friends as the AI can be pretty clueless.