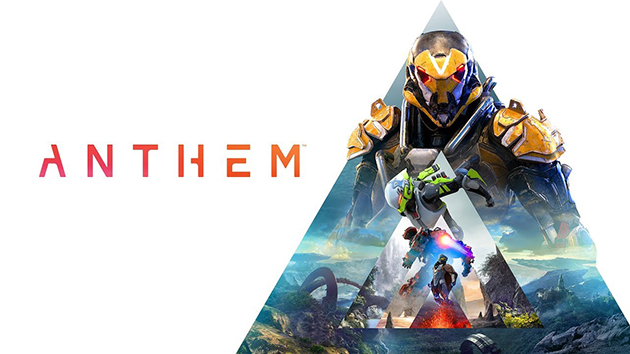 After months of anticipation, Anthem has finally (crash) landed.

The game lands amongst a widespread sense of negativity and unsatisfied gamers. Whilst most of the criticism surrounding Anthem is pretty well justified, I can safely say that despite its flaws, I am enjoying it for what it is at this early stage of its life cycle and feel most of the critics have been a tad overkill with their feelings. The game is a whole lot of fun and yes, currently there are a whole load of bugs, but as is the way with a lot of games nowadays (without mentioning any names, the main ones are obvious to fans of the genre) the bugs will get sorted out, leaving only the fun.

So what is Anthem? You play the game as a Freelancer, a form of soldier for the planetary resistance fighting off cool aliens in a dope suit. A Freelancer’s main weapon is the the awesome-looking, highly-customisable and unique ‘Javelin’, sort of like a hyped-up Iron Man suit only a million times cooler. Hailing from Fort Tarsis you get to use this suit to zip off into the world any which way you so desire. 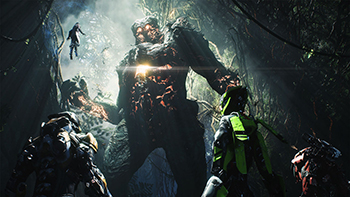 Fort Tarsis itself is populated with some quite random people to speak to. Some are relevant to the story line, giving you missions. Others will talk about their dreams, secrets, or obsessions, whilst another talkative character bangs on about about safety regulations.

Anthem is just visually beautiful. Fans of expansive and immersive world design; this is the game for you. To compliment the breathtaking landscape, your Javelins’ combat abilities and flight are just… wow. There was a huge amount of satisfaction to be had in simply blasting through the top of the forest canopy, flying through rocky canyons at high speed, and shooting yourself into the depths of a deep dark underwater cave system.

As mentioned previously, the game does feel a little… premature, like it may not have been totally ready to be released into the world just yet. For the patient ones out there however, there is such a huge opportunity for growth and from a team like BioWare, I have faith in them to really make the changes and eliminate the few little things about this game that make you think, “Why did they do it like that?”. With that all being said, the company is still taking the positive steps necessary to make this happen. With Anthem being so rich in lore and back story there is a solid foundation keeping you coming back, wanting to learn more.

In short, Anthem has filled the void for a game in which I will look forward to grinding away at for a long time. Despite it slightly turbulent launch, if Bioware stays on the ball, listens to community feedback and can provide a steady flow of tweaks & content, I feel like the game will survive and earn its place in any big Action/RPG fans collection.