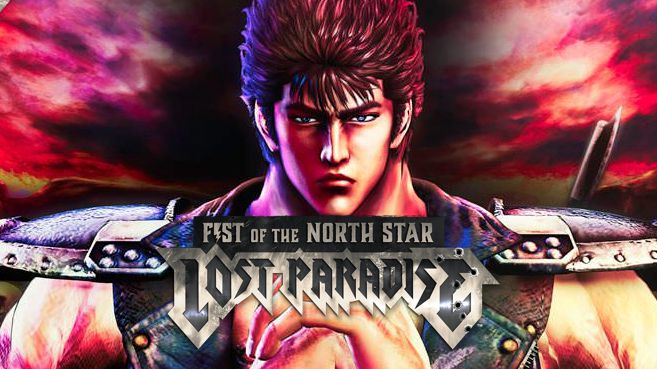 From what I’ve read, Fist Of The North Star was originally a manga taking the idea of Mad Max and blending it with the fisticuffs of a Bruce Lee movie to tap into the raging popularity of both Bruce Lee and The Road Warrior. Somehow in my life I’ve only been exposed twice to the series with both instances not gaining my interest. So you can imagine my surprise then when I was introduced to the demo for Lost Paradise and was shown the world of insanity that I had been missing all these years…

“You are already dead”

Now, I might not be the most qualified to talk about this as I have no prior experience with the subject matter but after 30 hours of playing the game I can safely say that mixing Mad Max and Bruce Lee is genius and then mixing that mix with the gameplay of the amazing Yakuza series is another step in the genius hierarchy. Granted I’m pretty confused as to what’s going on as most of it relies on previous knowledge of the source material but give me a game where I can beat people up until they explode, then watch 10 minutes of campy exposition where people yell expletives while protagonist Kenshiro stares blankly into the abyss and I’m sold.

So as gameplay goes it’s practically exactly the same as all Yakuza entries and has you spending your time going back and forth completing missions progressing in RPG fashion all the while being involved in fights the likes of which you’ve never seen. Probably the main difference between the two is how much Lost Paradise revolves around the fights themselves whereas Yakuza games focus more on the story of the characters. There’s story here of course, but it mostly focuses around how one guy’s heart is on the other side and thats why Hokuto Shinken doesn’t effect him.

Luckily though Hokuto Shinken effects literally everyone else in the game so you’ll be “Stone Mountain Splitting Slashing” all takers by utilising the combo system to weaken thugs so you can then perform your secret channeling arts, each one coming complete with a ridiculous name and explosive finish, as in if you do it right you can watch a bad guys head implode right before your eyes. Unfortunately as exciting as the finishes are, the combat can be a little bit repetitive with the combo system lacking in depth, its fun to do but I wish there was a little more variety.

The other aspect of the game is taking it to the wasteland and driving around looking for… trinkets, maybe? Sometimes, you’re required to drive from place to place, but I honestly don’t understand why it’s in the game. I get that its all Mad Max but it’s so shallow that I’ve only really done it once or twice outside of the game forcing me to do it. It’s especially confusing when Mad Max is already a game and it was one of the greatest games and it came out 2015!

Weirdly as much as the fighting’s kind of a grind, the car driving bits make no sense and the overall feeling of the game is that of one of the original Yakuza games, I’m still having a great time playing it and will continue to do so until I find out just exactly the deal with Kenshiro and Yuria actually is.