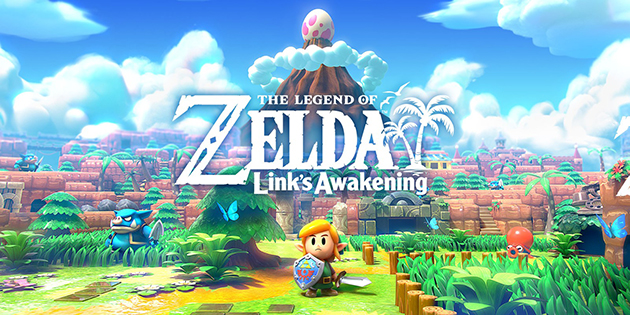 After having spent countless hours collecting Korok seeds, completing shrines, and finally defeating Calamity Ganon in Zelda: Breath of the Wild, I still had an itch for more Zelda. When the remake of Link’s Awakening was announced back in February, I couldn’t wait to jump back into Link’s shoes.

In Link’s Awakening you find yourself washed ashore on a strange island called Koholint, you’re given back your shield and you set off to find your sword. Once fully armed, you’re met by a mysterious owl who sets you the main task of the game: awaken the island’s guardian the Wind Fish who can only be woken by the eight instruments of the Sirens.

The gameplay of Link’s Awakening, as with any classic Zelda game, is a fun combination of both combat and puzzle solving. The combat is simple but effective – look the way you want to attack, or block and press the button to do it. No finicky locking onto enemies here. However, the puzzles come in many forms – you could be stuck in room with no clear way out or a racoon might just have it in for you and keep teleporting you to the other side of the forest. There is always a hint though, however some are more obvious than others. If you ever get truly stuck and don’t know where you should be, there are multiple telephone locations throughout the island where the person on the other end will give you cryptic clues on where to go next. The staple of any Zelda game are the dungeons and this game has some fun ones. Each new dungeon introduces tougher enemies, harder puzzles to solve, new items and ultimately ending in a boss fight. Often times there is a unique and even harder enemy to fight just before the boss, which a lot of time I found more difficult than the boss itself.

The charm of Link’s Awakening comes from its graphics. Gone is the pixelated look from the original Gameboy version and instead comes a more modern and stylised look. It almost feels like something made by Pixar. The camera angle has also changed slightly, rather than being a straight top down camera it is now angled slightly. The blurred edging and camera angle are not dissimilar to using a tilt shift lens. The graphics feel friendly and familiar, almost like being transported into an Animal Crossing or Mario game. 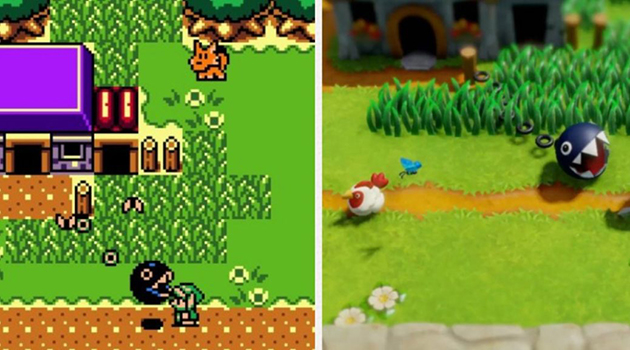 It’s not all combat and puzzle solving though, there are some fun and incredibly addictive mini games too, like fishing which flips the camera on its side and gives a cross section of the pond, so you get suckered into trying to catch the bigger fish that always seem to get away at the last moment. Or a far too realistically cruel claw grabber machine that has you saying “just one more go” 100 attempts in. My favourite, however, has to be the dungeon creator. Anytime a game has a map editor or track maker I normally find myself putting just as much time into that as I do the main game and this game is no different. The way it works is with every dungeon you complete you get extra “tiles” or rooms to make your very own dungeon. So, the further you get through the game, the more combinations of rooms you can use and eventually make a dungeon that’s even more challenging than you find in the game itself.

All in all, I thoroughly enjoyed Link’s Awakening. It has a particular innocence and simplicity that the newer Zelda games don’t quite manage. The newer games have a darker and mature tone, which is great, but I like the change of pace every now and then. Rather than trying to save the world, it’s fun to put your feet up, have a cup of tea and explore the island of Koholint without the pressure of impending doom always upon you. So, if you’re wanting a fun little adventure that you could pick up and play a couple of hours here and there, Link’s Awakening is for you. Plus, it should tide you over quite nicely until Breath of the Wild 2 comes out…