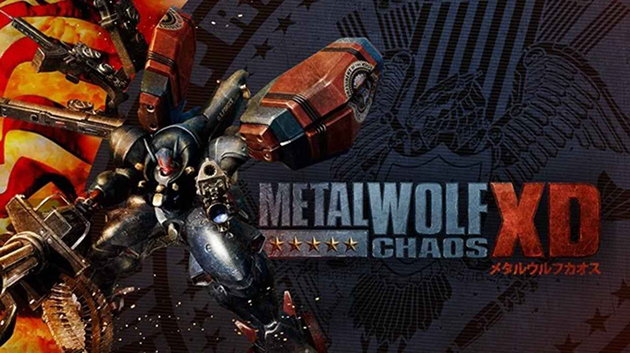 Coming straight from 2004, Metal Wolf Chaos XD is everything that made games for the original XBOX and PS3 great.

Mainly, that means an insane premise and gameplay that was weird and wonderful, but unfortunately for those of us not in Japan; the original Metal Wolf Chaos never made it out of the country. But now we can all rejoice as Devolver Digital have re-released this FromSoftware classic for the modern age. And when I say re-release, I mean re-release. This isn’t a re-imagining or a remaster; this is the original game, warts and all, but on modern consoles. This is a digital museum piece that showcases exactly what gaming was like in the early 2000’s, and boy was it different.

First off, does anyone here remember games like Earth Defense Force and Virtual On? Because if you do, you’re most of the way into the gameplay. It’s a ‘run and gun’ all-action shooter but instead of being some small soldier, you’re taking control of a big old mech suit. Of course that means a bulkier, clunkier game experience but what else would you expect when you’re piloting a great hunk of metal filled to the gills with guns?

Now, I’m not going to sit here and tell you the game is a masterpiece in cognitive realism, because it isn’t, but I will say that if you want something that points you in a direction and tasks you with destroying everything in said direction then this could be a game for you to pick up.

Another aspect of the game’s charm, and probably the bit that’ll keep you playing constantly, is the avant-garde nature of the storytelling itself. It’s something that you only seem to get when you let a Japanese studio have free rein on a story based around more American ideas, as if you’re watching a story told by someone watching through binoculars from the other side of a room. The main crux makes sense but everything’s warped and nothing quite fits together correctly, creating an art form I shall now name ‘Japanese American Dissonance Games’.

A perfect example of this can be seen in the opening moments of the game as the protagonist, 47th President of America Michael Wilson bursts out of the wall of the White House in a U.S military emblazoned mech suit whilst simultaneously screaming “Let’s Partttttyyyyyy!”. The entire game is drenched in levels of surrealism that I can honestly say I didn’t  spend more than 3 minutes at a time before thinking “Wait, What!?” or in fact shouting that out loud as the awfully hilarious acting sent my mind into overload. Look, I get it: so far this game sounds less like a game and more like a mess of B-Movie cliches mixed with bad Americanism mistranslations, and honestly that’s exactly what it is and it never stopped being fun for this exact reason!

If you’re fan of bad films like Plan 9 From Outer Space or love games like Deadly Premonition then you owe it to yourself to suit up with President Michael Wilson and take an 8 hour journey into absurdism.