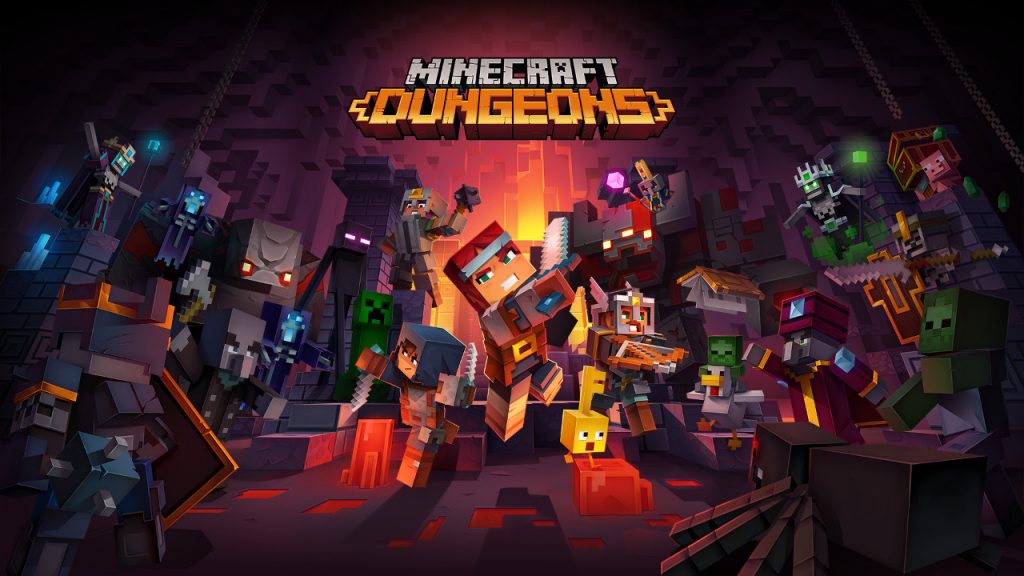 A coffee break rogue-like experience with plenty of charm and rare cross platform title. Does it share Minecraft’s unique universal appeal and live up to the franchise?

My introduction to Minecraft Dungeons was somewhat unusual, suckered in by a rare clickbait notification from Microsoft to try cloud gaming.  Firing up the Xbox game pass app for the first time I was impressed to see a fully functioning Xbox game running on my 12Mb Wifi via the cloud. The touch controls were passable and could complete a mission without too much trouble. Its clearly not designed for competitive gaming however. Shifting over to my Xbox One X and I could see my progress seamlessly update and I was logged out of the phone app. This was a pretty neat introduction to a new technology and the game was slick enough to show Minecraft’s signature ability to surpass new user expectations.

On console the game shows off its snappy reactions for combat and feels satisfying to navigate with a controller. The strategic use of your attacks and movement mechanics come into play on the harder difficulty settings for those wanting a challenge. If you just want to button mash fearlessly, the weapon and mob variations keep things fun as you progress. The difficulty spread is surprisingly adjustable, offering around five settings just under default, on completing the game you can unlock harder options. I am not sure if it will attract me back to re-run the missions again but personally it is something I rarely do on any game, unless its Peggle 2, where watching a unicorn fart rainbows as I complete a murderously hard level appears to trick me into some bizarre sense of life validation.

The art style is accurately a chip off the old block… Smoothed textures and better lighting than the core Minecraft game give it a more unique and modern look. The level design has enough dead ends to create a humorous nod to what running its big brother’s procedurally generated dungeons can be like. For the most part the pathfinding is simple and does not get in the way of your journey which is a big plus for me. The quick character customization gives you enough to play with to distinguish between other players easily. The weapon and armour upgrades are easy to understand and the value reclaimed easily for future items. This is a nice touch, as I hate sitting on a pile of meaningless numbers in case something better comes along to use them for.

If you are looking for something mindless but fun either to drop into solo or with friends this is a great option. Playable on mobile and cross platform with PC/ Xbox/ PlayStation it is a rare opportunity to connect which is in high demand these days. There is a very easy skill curve but with plenty to present a challenge for those who want it. I enjoyed the use of the Minecraft universe for nostalgia, as a Pre-Alpha Minecraft player without the luxury of time anymore for hours of tree-punching. The game did hard crash a few times which I found surprising but the load time is so fast it wasn’t a major issue. It is great as a low key game that is easy to dip in and out of for short sessions.