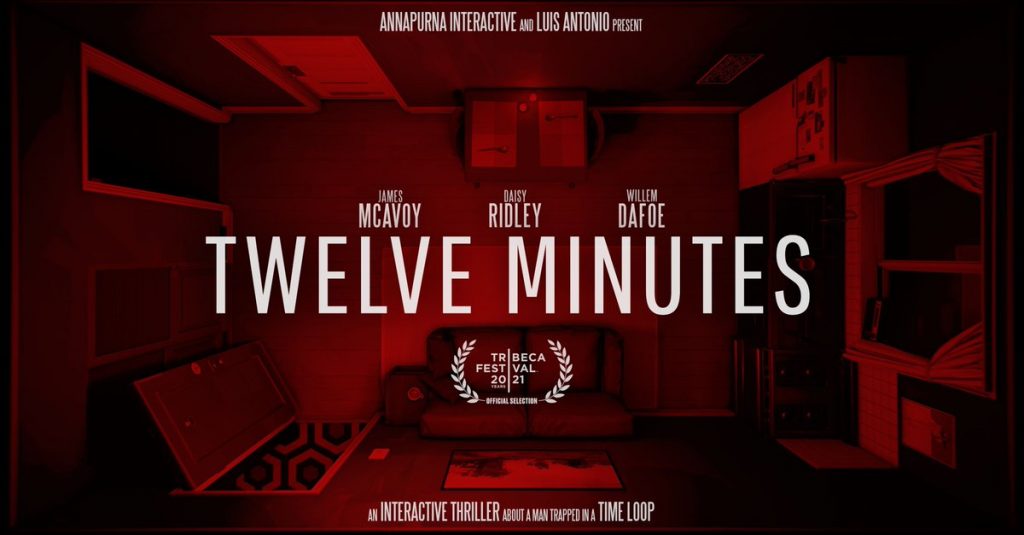 Not every game can afford A list celebs for each roll, but this one only has three characters and clearly a bucketload of cash to spend. Meet James McAvoy as Husband, Daisy Ridley as Wife and Willem Dafoe as the Catalyst. You get to know these three folks irritatingly well so perhaps it was money well spent, however if you try doing this without a guide, I think any actor is going to irk you after seventy loops. Walk into your apartment for the last time as you find yourself locked into space and time. Dinner is about to be on the table or maybe it’s not…This is almost as much as I can say about the plot because even describing it is rather a spoiler.

What I can say is there is a unique feel to the game, the pressure of time and the seemingly simple construct makes it an elegant offering. The top-down perspective reminds me of sims except with a much darker and more considered narrative. Artistically it captures its noir genre to the tee – the rain on the windows, babies crying in the background and of course the dodgy lights. The time period is definitely modern as supported by some of the items you can use, however it does seem more fifties at times, perhaps the mood set by the music on the radio and some sound effects, which could be lifted right out of LA Noir.

I have not managed to figure it out yet after a week or so of casual playing, not wanting to turn to a guide I have instead shared it with friends. As the loop is so short it is the kind of thing you can coop in an evening with people chipping in ideas. This I think is probably the best way to enjoy the game. The actors give it enough of a theatrical background to present the story much like an animated short. The beats are spread out so there’s always something happening or about to which keeps interest and even with trial and error you can’t help but crack a few clues each time.

If you’re a puzzle lover or even a non-gamer film Noir fan, this is definitely a hit. If you a looking for something to do over a cold one with friends, this as also a great option. I found there were definitely a few bugs and animation errors, but looking at how they spent their budget it’s not too surprising. There was nothing game breaking however and the odd bug with everyone rolling around on the floor only helps add some amusing variety to the loops. As this is currently free on Xbox Game Pass this is certainly worth a check out if you have it.